Back to my future?

My love for programming has an origin in boredom rather than any computational skills. Certainly, studying computer science introduced me to the art of converting a mathematical formula into all caps FORTRAN. Somehow, though, punching cards and putting it in a queue for the card reader to read overnight was vaguely pointless to me.

It was one of the summer vacations that I got bored at home in the second week and went to Kolkata to find a summer job with a computer company (Artintel). That is when I realized I loved programming. The act of writing voluminous pages of code in a garrulous language called COBOL was not the point. Watching the computer spit out something that people were actually using (these were simple programs to control inventories, payroll etc) was somehow very rewarding though. Plus we had the only air-conditioned room in the whole company. This was in the middle of the heat of summer in sultry Kolkata, mind you!

As my computer science degree progressed, I realized my brainpower was not cut out for research or all the sophisticated computer stuff that my classmates like Madhav Marathe would do in their sleep. Did I mention that there were a lot of Greek alphabets in those courses?

Not wanting to do research meant I had no interest in the USA. (Irony, huh?). But I liked the MBA courses. There was something about Organization Behavior and Managerial Oral Communication that left a deep impression on me. Yet, coding is what I really liked. I remember being part of a team (with Raj Subramaniam, Rupa Batra, G Ramesh et. al.) which did a fairly impressive project in building a computer system to manage railway traffic. Admittedly, my team mates did most of the hard work. But I got to use my color pencils to draw project charts!! (I still have a picture of that project plan on my dorm room wall).

When most of the folks from MBA progressed to Finance and Marketing jobs – where they could actually use all the lessons learnt in MBA, I went back to coding. My first project – CPC – was a life changing experience. Met two of my best bosses – Nitin Chandekar and Raj Sundaramurthy – and an incredible set of team members. My coding was probably not what I was remembered for – but that color pencil pie chart showing how much time we were wasting waiting for the compiler to finish is still something that my two first bosses talk about.

While I came to the USA to code, somewhere, somebody finally realized that I was not that good at coding after all, and put me in a management track. To fulfill my own Peter’s principle and rise to my level of incompetency.

I have not coded for over 20 years now.

Lately, after stopping my posts being cross posted to Facebook, I have focused some attention to my blog site. I started bugging my friend Larry Mason often to ask how to change parts of my site that I did not like the appearance of. Color pencils, sadly, did not work.

Eventually, I realized that maybe I should learn another new skill at the age of 54. Actually re-learn. I figured I am going to learn PHP and CSS to do simple tricks with my website. Larry was kind enough to point me to the source (w3schools).

Sat down to learn it and I realized that I have to start from “deep defense”, as it were. So, had to learn HTML first (about 20 years after the rest of the world picked it up!!).

So, here I am, totally excited after finishing the HTML course and sitting down to figure out how to do CSS coding. I am almost at a point where I can do what I could do with color pencils anyways.

You may laugh now! 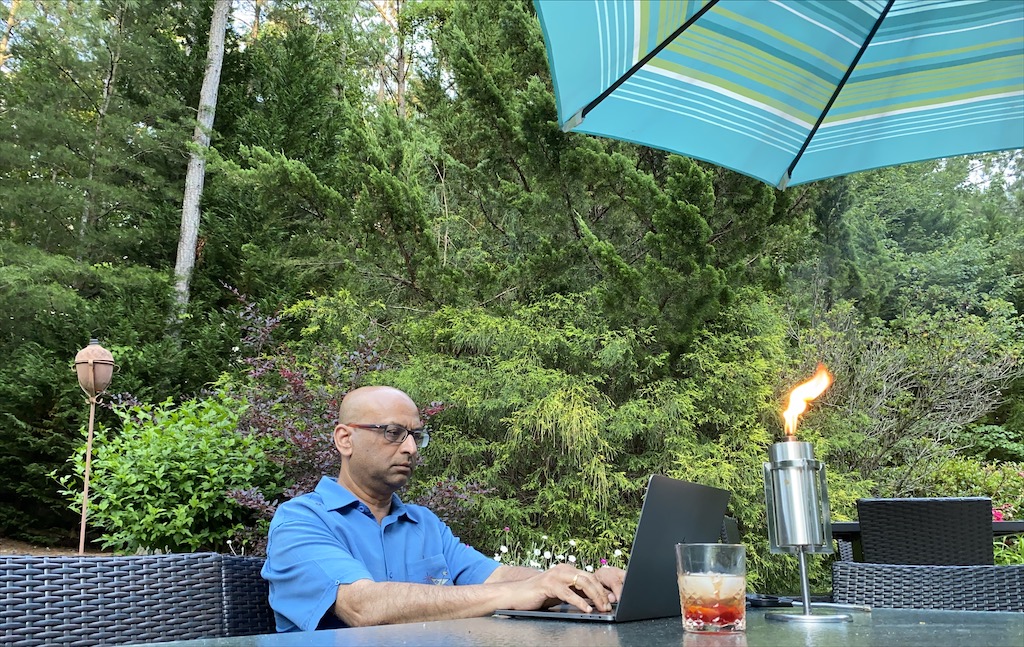