It was 22 years back

A little past 10 PM, somebody handed me this bundle of life. I was still mesmerized by the process of childbirth. Sharmila had a C-section after a long day of labor and epidural shots. I was totally taken in by how modern surgery works. As the knife went through the human body, what hit me was that there was no blood hurtling out. All there was some steam/smoke and hissing sound. Much later, I found out how today’s surgical instruments auto-cauterize.

After the incisions had gotten to a certain level, the doctor told Sharmila – “You will feel some pressure”. A few of them applied pressure around her underbelly and soon I was seeing something I had not seen ever before. There was a human body lying down. And up from the belly was a popped up head. All bloody, pale white and crinkly. A few deft cleanups from the staff and the head had started leaving the mothership and started its presence felt with this full-throated cries.

The doctor – who till that point of time – had been peppered with all sorts of questions from me (and patiently answered them all) explained that the irritating noise was a good sign. Apparently, the lungs were functioning.

I had stepped to the front of the bed to tell Sharmila that everything is fine. I think she asked me some questions and I might have even answered them. All I remember next is that the same doctor then took a few steps and handed over the baby – now fully wrapped – to me.

“I have to say this. You are the most curious dad I know. Nobody has asked me so many questions.”
“Sorry if I bothered you doc. I have never seen a child birth before.”
“No issues. But for all that curiosity, there is something that is still surprising me”.
“What is that?”, I asked confused.
“Do you at least want to know if it is a boy or a girl?”

I had completely forgotten! We were told it will be a girl but that these things can change in rare occasions. (It happened to my dear friend Sunil and Anannya Roy – it is all about presence or absence of evidence, if you know what I mean, in the sonogram)

Stunned, I asked “What is it?”
“A daughter!”
“Cool”, I said relieved that I do not have to fight over the whole naming thing with Sharmila all over again.

And that is how this now-22-year-old became mine! 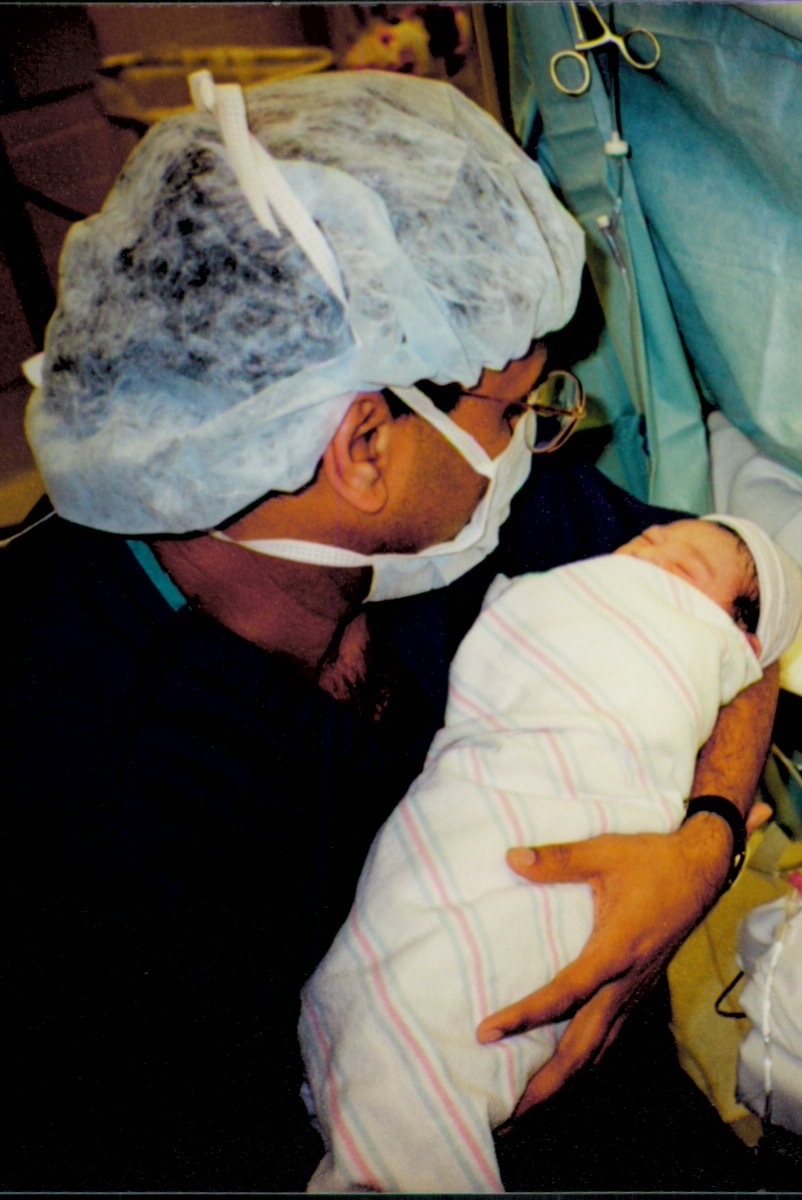