After bringing dad back home from his trip around the neighborhood, I had a cup of tea with “DN”. Dad was fast asleep from the exhaustion.

As a background, DN and I go back nearly 23 years. Back in the late nineties, I used to come often to India for work in Bangalore. During the weekends, I used to drop by in Kolkata and stay at the Taj Bengal hotel. My parents used to come from Durgapur and I would spend the weekend with them.

DN was the driver once Taj had assigned to me to take me somewhere in Kolkata – perhaps my brother’s residence. I got to chat with him and made friends with him (Yes, Natasha and Nikita, I was always like this – making friends with strangers). Over time, DN became a necessity for me because he knew how to go to all my relatives’ places and if I got a new driver, I would have to call my relatives and go thru those instructions again. Taj Bengal went into a practice of specifically assigning him to me whenever I came.

Over the last quarter century, DN – whose actual name is Deo Narayan – and I have become fast friends. He is always there to help out my parents or my brother’s family whenever they need something. Over the years, we have been privileged to financially help his family get to a better spot. Sharmila has picked up the tab whenever his daughters get married – of which he has still 3 more to go!! (There is a funny story I will tell you later about my dad yelling at him once for not stopping after having 5 kids – he has 6)

We are family now! For all that, there was a story on his side that I had no idea about!!

Like I said, dad was asleep, exhausted. Mom had made some tea for me and DN. We were talking about what my dad did (going down to the street by himself) and I mentioned to mom that we can get him one of those motorized wheelchairs. That way he will feel more in control of himself and he can go for strolls by himself.

DN mentioned that he had seen one of those motorized wheelchairs some twenty years back.

I was pretty intrigued that there were motorized wheelchairs in Kolkata twenty years back. Surely I would have seen one of them at some point of time.

Turns out it was actually a foreigner who had brought his wheelchair with him. Apparently, the gentleman brought not only his wheelchair but also a retinue of helpers with him. DN was assigned the duty to take care of his and his team’s transit. He had to drive a big vehicle for him.

He went on to explain that the gentleman was physically disabled from birth. It was not like a case of accident or stroke like my dad. Apparently, his legs did not work, his arms did not work and his face was crooked. DN struggled to even remember if he could talk much.

I was not sure what to make of it when he said “Suney the ki bahut bara scientist hai woh”. (Allegedly, he was a very big scientist!”

You are probably thinking what I am thinking. Really? HE? He was in Kolkata? And DN did his duty?

I fished out my phone and Googled “Stephen Hawking” and showed DN an image of his.

Then he told me the story how he (or rather his team) did not tip him at the end of day. Apparently, the other drivers were getting tipped daily. And get this… DN had rationalized this in his own mind as he was helping a person in great need physically. This was not about money.

On the final day, apparently, after the airport drop off. he was given an envelope with cash. Which amounted to two whole months of salary for him!

That is the Stephen Hawking story he remembers!!

By the way, I was still incredulous. So, I Googled “Stephen Hawking visits India”. Sure enough, he had visited India in Jan 2001 for a few weeks and Kolkata was one of his stops!!

Who knew that my driver was Stephen Hawking’s driver too? I am feeling a little more intelligent right about now!! 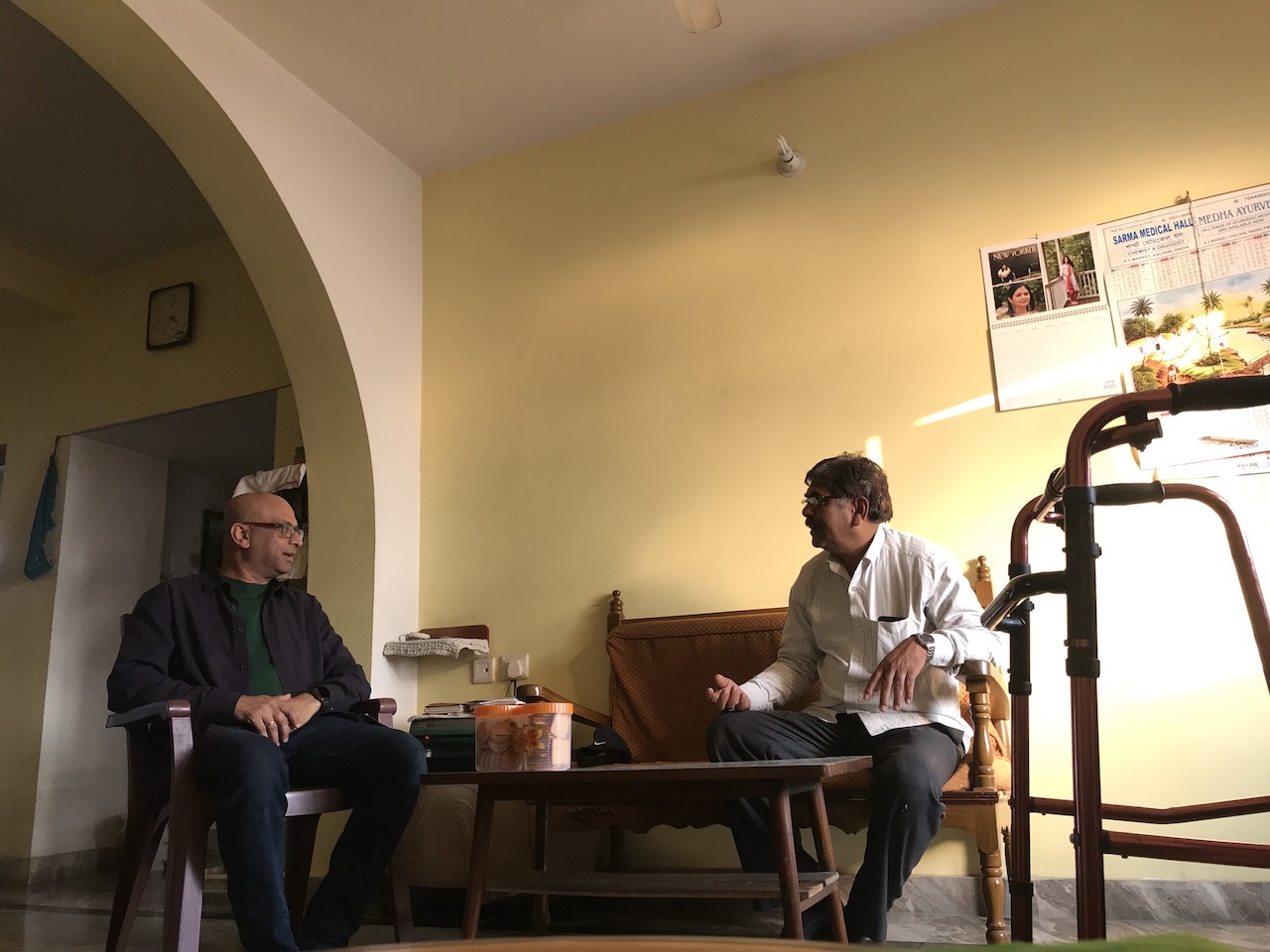