Four hours of drive from Kolkata (we got stuck a couple of times) and we were in Durgapur. When in Durgapur, the three mandatory stops are at my mother in law’s, my maternal uncle’s and a dash to check on my friend Baisakhi’s son. This time I was in Durgapur for all of one hour and fifty minutes and managed to knock off the first two.

While I go to my uncle’s place every trip, this was different. First, I saw my cousin after a long long time. He is always busy with his work and business and in spite of my quarterly visits, I never manage to catch him. Today, I was able to nail him before he could escape. Had a great time catching up one on one with him.

Second, his son was there too. Last couple of times, I had missed him since he was in school. Usually, with him around, nobody else does the talking.

Finally, it so happened that my niece (daughter of my uncle’s first daughter) was visiting her grandparents at the same time!! So, that was a full family!

We pulled chairs outside in the sun and then when we ran short of chairs, simply sat at the doorstep and made a quick hash of a 45 minute trip. With a cup of tea and some very funny stories from the past!!! 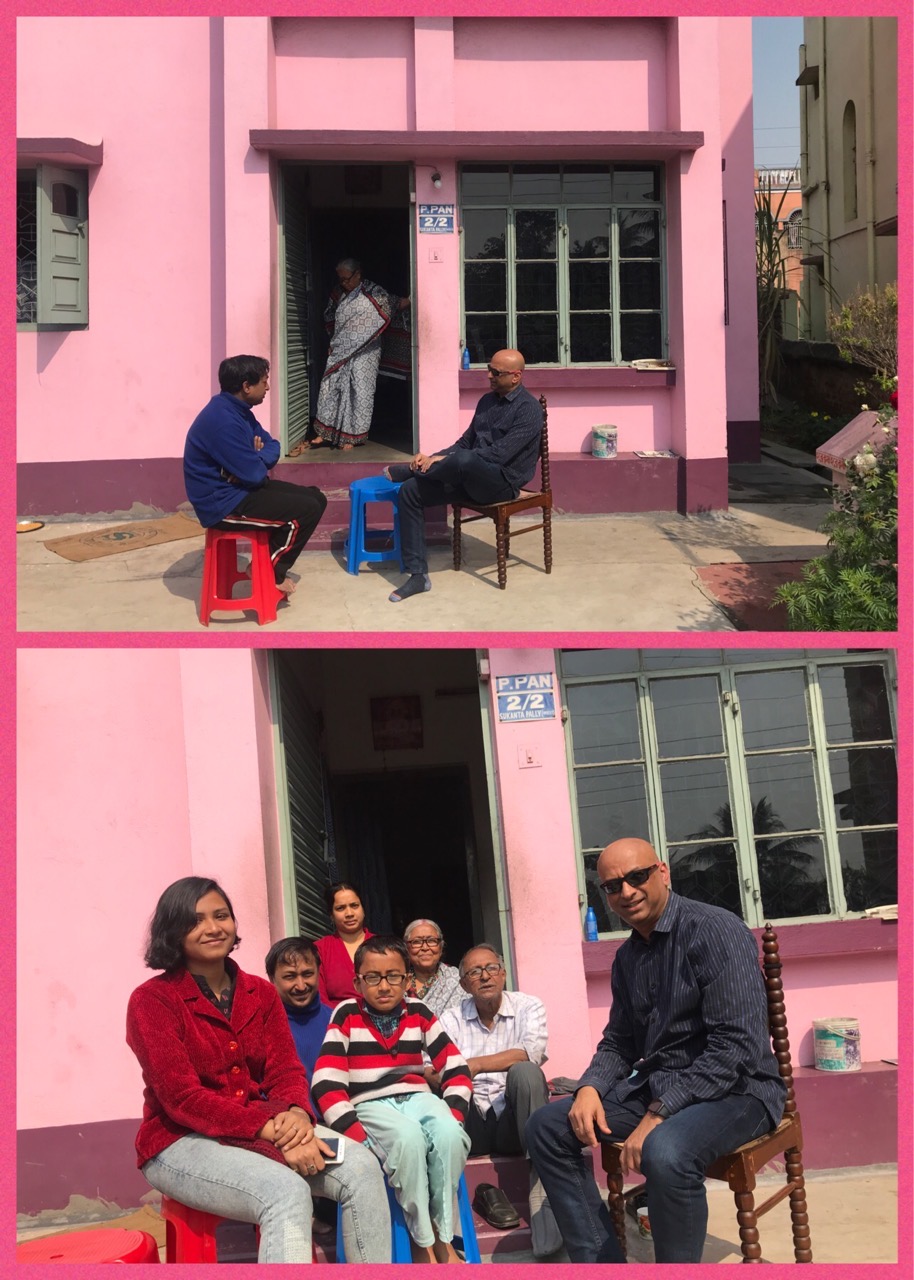