An Intersection point in Nevis!!

The bus had just dropped us off at the Indian Summer restaurant in Nevis. One by one we rolled into the restaurant, fairly impressed by its size and decor – given that we were on a very small, hard to get to island. Just I stepped in, a gentleman – an owner of the restaurant – came up to me and asked “You are Rajib Roy, right?”.

“I indeed am! You are Hiren, right?

As the team settled down at our table, I took a few minutes to get to know Hiren and about his family and background. Finally, when I came back to my seat at the table, a rather surprised Dan asked “How do you know anybody here? Do all Indians know ever other Indian?”.

Of course, that was a rhetorical question. We are tipping the scales at 1.3 Billion now.

“Ah, I have a very interesting story that goes back nearly a decade”.

Well, about ten years back, I had started barefoot running. I used to get into a lot of muscle stiffness issues – especially in the calves. Eventually, I gave up after a couple of years and went back to running shoes. But during that period, I had tried a lot of things to see if I could ease the pain. One particular morning, after a rather painful run, upon Sharmila’s recommendation, I had booked myself an appointment at a local massage place in Alpharetta.

When I showed up, I told the young lady of my muscle stiffnesses and that I needed her to focus on the running sore points. As she was trying to get the muscles loosened up, I took the time to talk to her and get to know about her and her family and all that. (This part should not surprise anybody).

Found about that Amy was a Hmong. Hmongs are a small ethnic group who live up in the mountains in a particular region covering parts of Laos, Vietnam and the adjoining countries. This peace loving community, however, was deeply affected by the Vietnam war and the Indochina wars forcing many to immigrate to other countries. I think they are part of the “Unrepresented People Organization” in the UN.

In any case, that day, I got to know a lot about Amy, her mom and their family history. Also, her birthday. Which, of course, meant that once a year, I kept up with the progress she and her mom were making in their lives. I know she switched to the Four Seasons hotel in downtown Atlanta and then moved to the Ritz in Grand Cayman.

I believe (and my facts are a little fuzzy here), she had to come to vacation in Nevis with her friends one year. And made friends with the bar owner in the hotel she was staying in (also Four Seasons). That bar owner – Hiren – also had an Indian restaurant nearby.

From my Facebook posts, she had realized I was in St. Kitts and had asked me if I was going to be in Nevis. When I let her know yesterday that I will be there, she had given Hiren a heads up!!!

And that is how, Hiren knew of me!!

As you can imagine, the team was suitably impressed!

But that was nothing compared to how impressed we all were with the food. As you can guess, I might have eaten in an Indian restaurant here and there. This was top the books. Our teammate Doug, the chef par excellence in our group – and decidedly with high standards when it comes to food quality actually walked up to the chef in the kitchen to pay his compliments.

Never thought that I will have some of the best Indian food in the world in a small island called Nevis.

But then again, I never thought I will make intersection points in that island either!!! 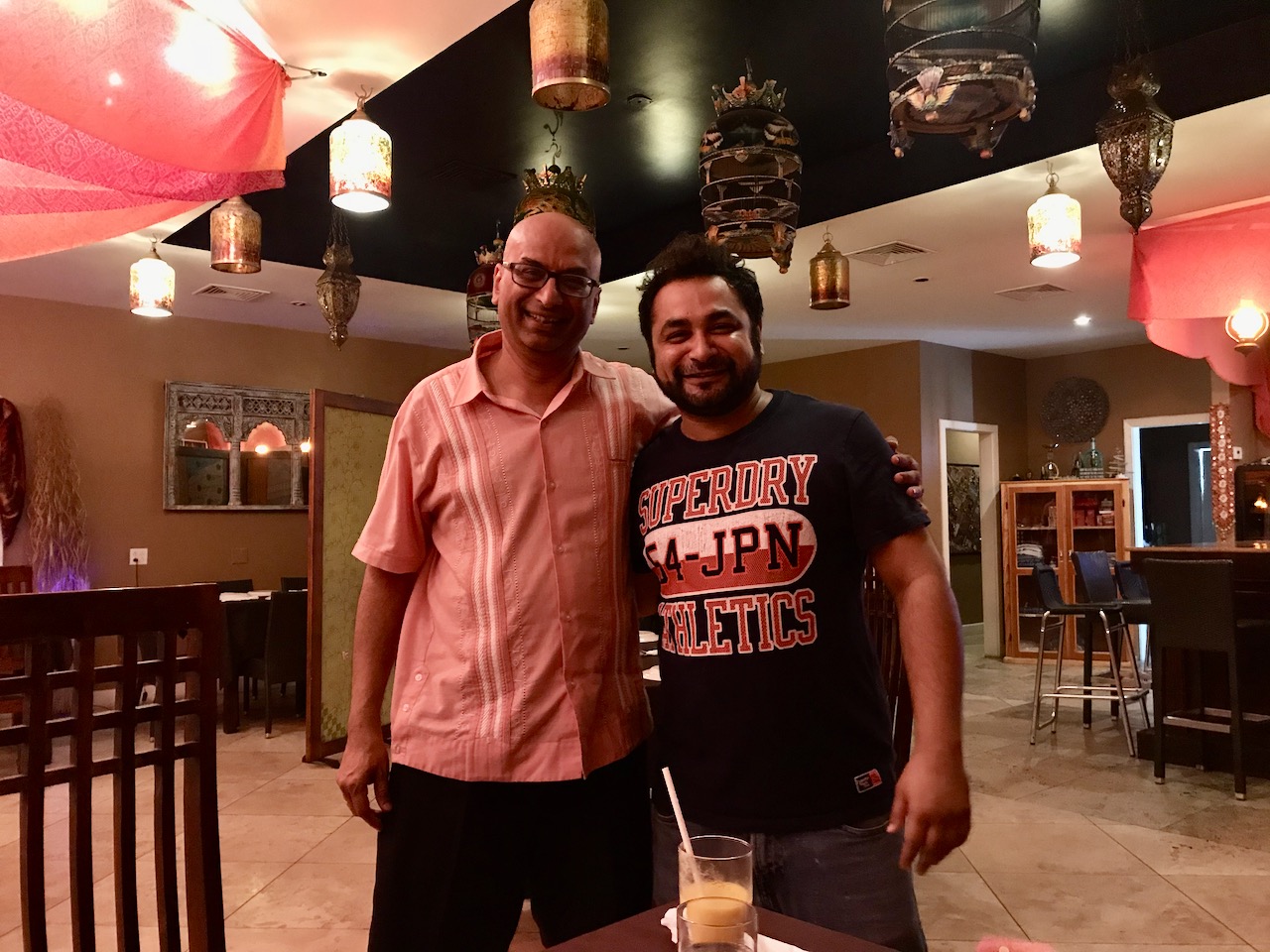