Do these things happen only to me?

Last night, Natasha dropped some broad hints about her Christmas gift list. Something to the effect that she would not be particularly upset if she were to receive some Glossier stuff this year. After reassuring her that we would not take it personally if she got upset :-), I had to ask myself the inevitable question any 53 year dad would legitimately ask – “What the heck is Glossier?”.

I know she is into Journalism and all that. Maybe she is looking for a Glossary??? That made no sense. So I Googled it up and had one of those “Okay boomer” moments. And then I remembered something else.

A few days back, I had seen a news item where somebody who I knew from my past had just joined as the CTO of a company called Glossier. I had been meaning to call Pawan up to congratulate her (and also find out what Glossier was). I had figured she would be too busy for me right now – so I noted it down as a new year action item.

I had a chance to work with Pawan way back in the mid 90s. A fresh graduate from UT Austin, she was an amazing professional. Over the years, she has built a sterling career spanning two different continents. Undoubtedly one of the smartest persons I know of (but not smart enough to avoid working in the same team as I 🙂 ) , she was fairly close to Sharmila and me when we worked together. Recently she has moved from being one of top executives in Amazon to Glossier.

I let Natasha know that I know the CTO of Glossier. Her text messages back opened up a sliver of a chance that she might have finally found something about her dad not to be embarrassed about.

“Actually, you know her too”, I texted her.
“NO WAY!! HOW COME NOBODY TELLS ME THESE THINGS?”, came the response in disbelief. All caps, no less!

I reminded her of a couple of times that she has met Pawan in the past (she was too young though). This morning I remembered something else. On my flight back home, I dug thru old pictures and managed to retrieve the picture below and sent it to her. With the message that..

“Believe it or not, Natasha, this picture is from when you were six months old. That dress you are wearing in this picture was gifted to you. By the same lady who is now the CTO of the company that you want your gift from this year!!”

What is the chance of that?

Life is such an incredible tapestry of rich memories and even richer relationships!! 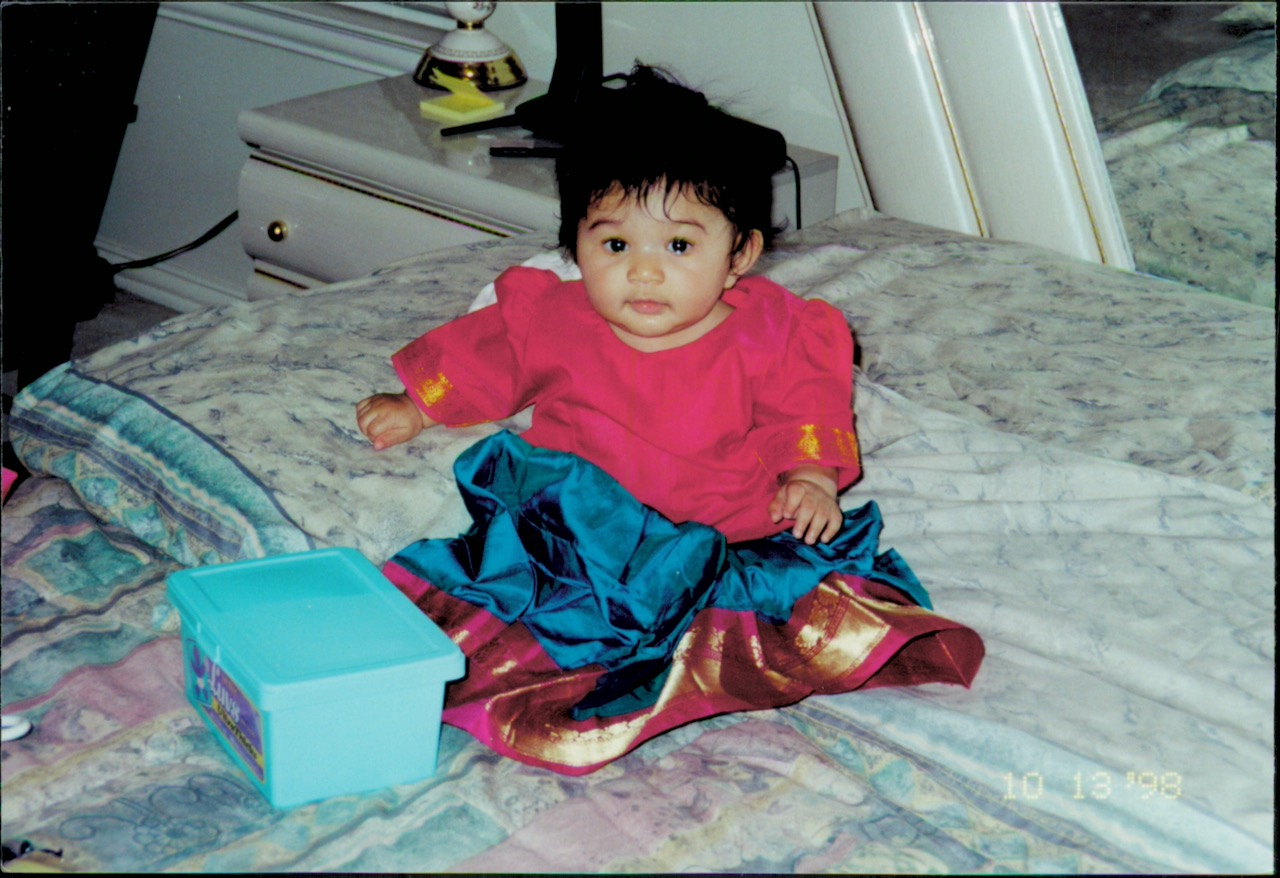