Mauricio and I worked long time back. I think I have met him twice – once in Buenos Aires and once probably in London during our office meetings. He was working in El Salvador (where he is from) and I was in our Atlanta office. He is one of those persons who I have kept up with after meeting once or twice thru birthdays and Facebook.

Last month, I had called him up to wish him for his birthday and realized that he now lives in Lisbon. (moved from El Salvador to Portugal via Peru). Turns out he was going to be in the Azores too. However, we missed each other there by a few days. On the other hand, we did meet up in Lisbon!

We went thru at least twenty of our old friends and updated each other on their thereabouts. Also, learnt a lot about El Salvador and a particular beach on the Pacific Ocean that might be a a great target for us to visit some day!

Thank you for taking the efforts, Maurcio! It was great seeing you! 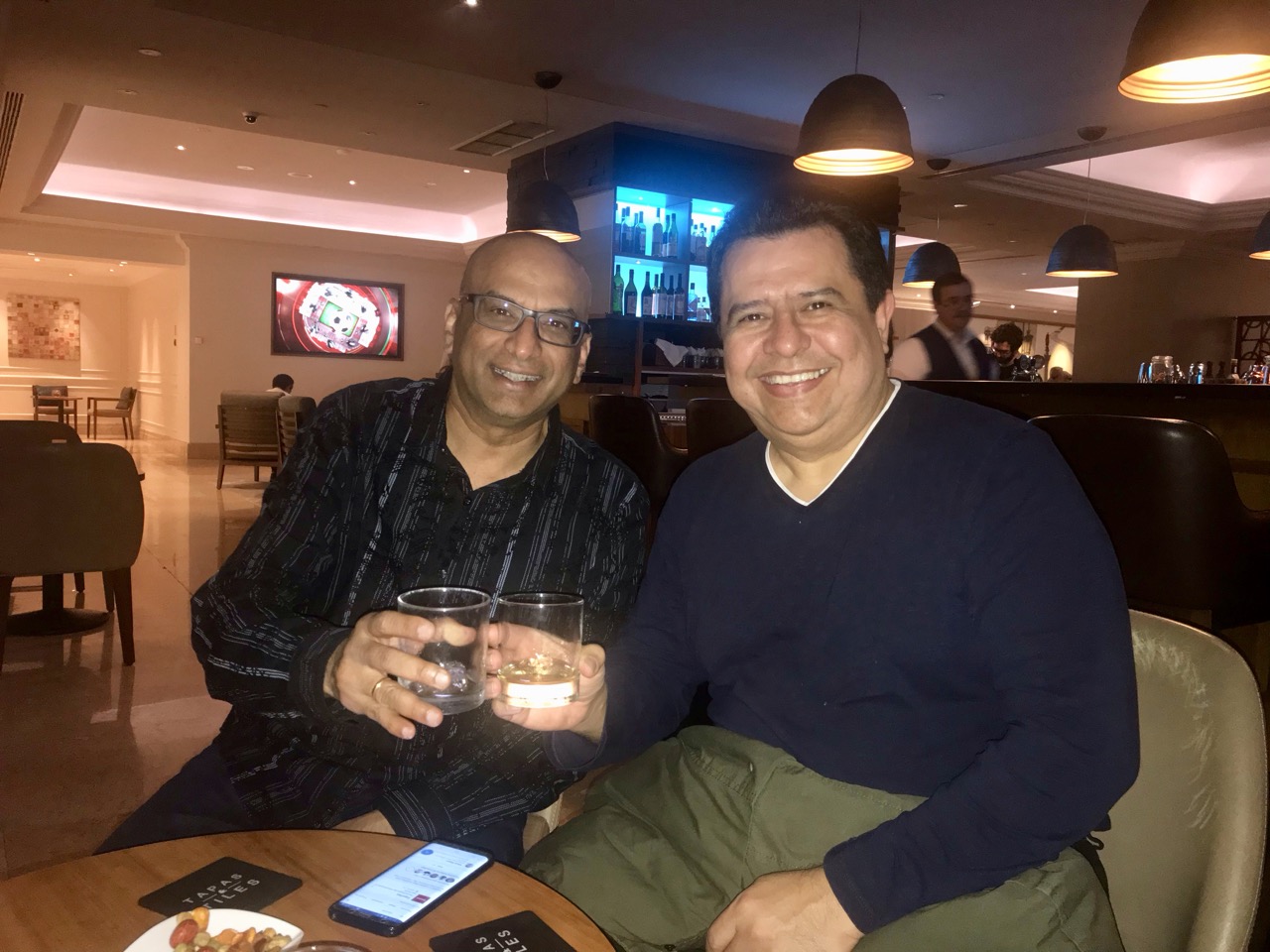