My mother in law was aware that I would visit her. Not because I told her – I am all about surprising people – but somebody else is not good at keeping secrets. No point taking names, but let’s say Sharmila, for example 🙂

In any case, fully realizing that Sharmila would let her mom know beforehand, I landed up a day before when Sharmila was expecting me to visit her. Therefore, the first thing that hit me when I reached my mother in law’s place at 7 in the evening was a big padlock in the yard gate. Called her up and asked her what she was up to.

She tried to act smart and said “Oh! waiting for you”. I do not think she was ready for my answer – “Really? I am outside your gate!”. All I heard was some confused words like “Today?”, “Now?”, some clanking of keys, a phone drop and then finally she emerged!!

It was heartening to watch how she has adjusted herself to the life without my father in law. She seems to have created her own rhythm and stays within that. She seemed happy. Obviously, that is the most important thing for Sharmila and I. Not being anywhere near her, we are not able to do much to help. So, seeing her happy is fairly reassuring.

Before I left, I told her that I needed to take a picture. Of both of us. She was not sure how I was going to do that. I showed her how I could operate the phone camera from my Apple Watch. In fact, let her see how the picture would look on my Apple Watch before taking the shot.

Here is the problem though. Upon seeing the picture on my Watch, she somehow concluded that the Watch was going to take the picture. Consequentially, every time I went – “Ready for the picture? One, two, three!”, I would realize that she was staring at my Watch not the phone camera!! After about five tries, I managed to get her to look at the camera! 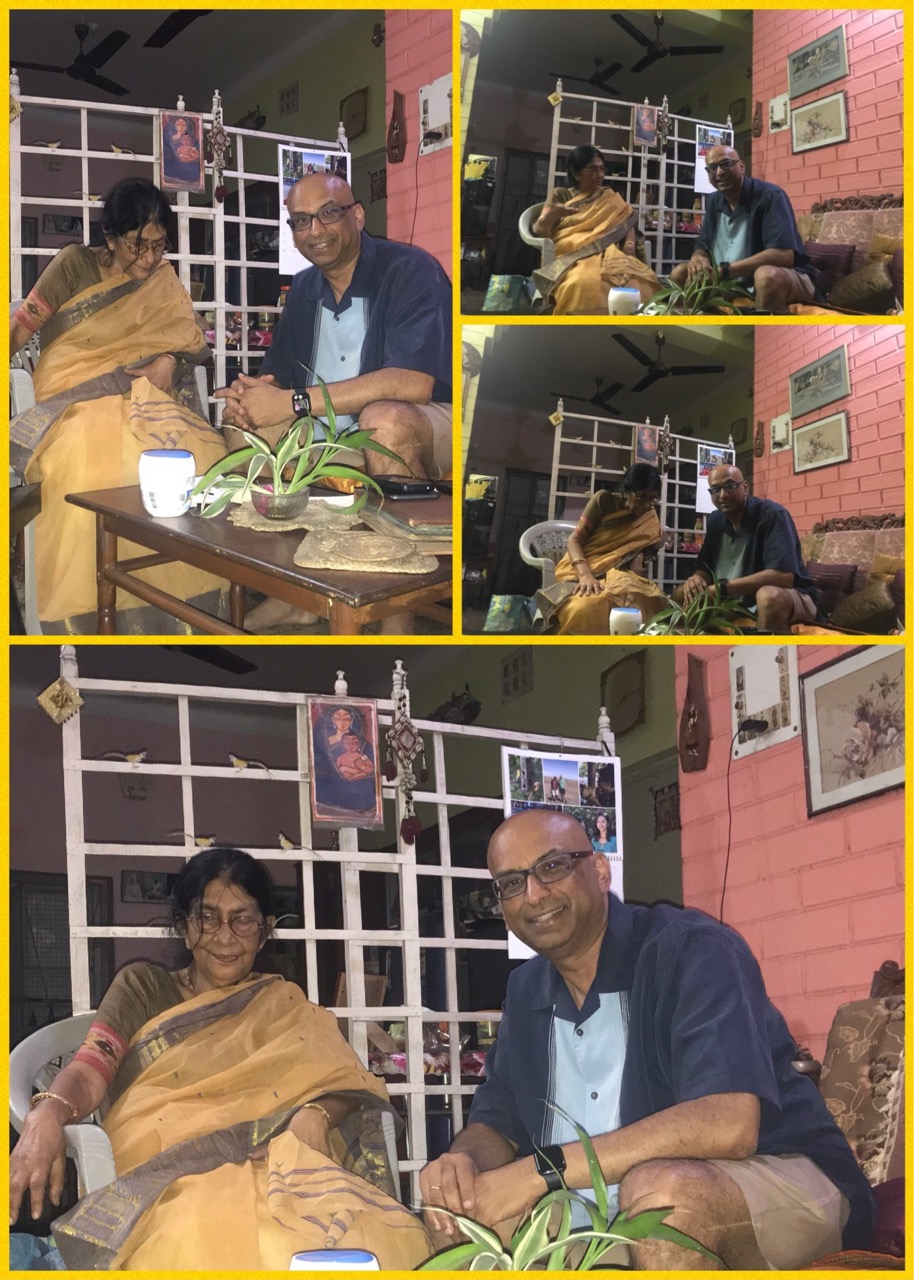