One of the common ways that I barge into a stranger’s house is “Masi, aapni amaay chinben na”. Meaning, Ma’m, you don’t know me. Not the most reassuring of getting oneself introduced to an elderly person. But a fifty three year old wearing shorts and with a shaved head usually evokes sentiments closer to mild laughter than of any fear.

This once though, the lady replied in Bengali – “You are Rajib Roy, right? My son has already told me about you.”.

This meeting has roots in another meeting about a couple of weeks back. I was in San Francisco and in between office meetings, managed to meet Debjit Sarkar. I almost did not meet him and if it were not for a much delayed flight, I would have surely not met him. We grabbed a coffee at a Starbucks that was very close to both our offices and then caught up .

“So, how exactly do I know you?”, I asked. You would think that when I have been greeting somebody happy birthday for years and have often talked about career choices and all that, I would remember how I know the person. I did not. That had never stopped me from having great conversations with Debjit over the phone though.

Turns out Debjit and I worked in the same company in Dallas. In fact, we lived not too far from each other. I could not recollect running into him but he remembered me. Found out a few more connections I had with him. He worked with another friend of mine – Sanjay – (who was in my school in elementary days and – again, in another coincidence – lived in Dallas for some time) in Delhi and in fact attended his wedding with Anita (both Sanjay and Anita knew Sharmila since they were all in the same engineering school).

We also found out that about ten years later, I used to go his office building in California when he worked in a bank. That bank was a big customer of mine (when I worked in a company in Atlanta) and all the time that I visited that office, never realized Debjit was there too!

As another point of connection, I also found out that Debjit grew up in the small town of Kalyani, where my parents live – as does my sister. In fact, his mom lives literally a few minutes walk from where my dad and sister lives. I had promised Debjit that I will go check in on his mom next time I was in Kalyani.

And that is how I met Mrs. Sarkar for the first time! Took my sister with me too. We were both impressed how fit and alert Mrs. Sarkar was for her age. In fact, she had just come back from a vacation trip to the other end of India a couple of days back. Unfortunately, I could not meet Debjit’s dad who left us last year. But I was happy to hear that Mrs. Sarkar might be visiting America soon. Would be great to catch up with her again! 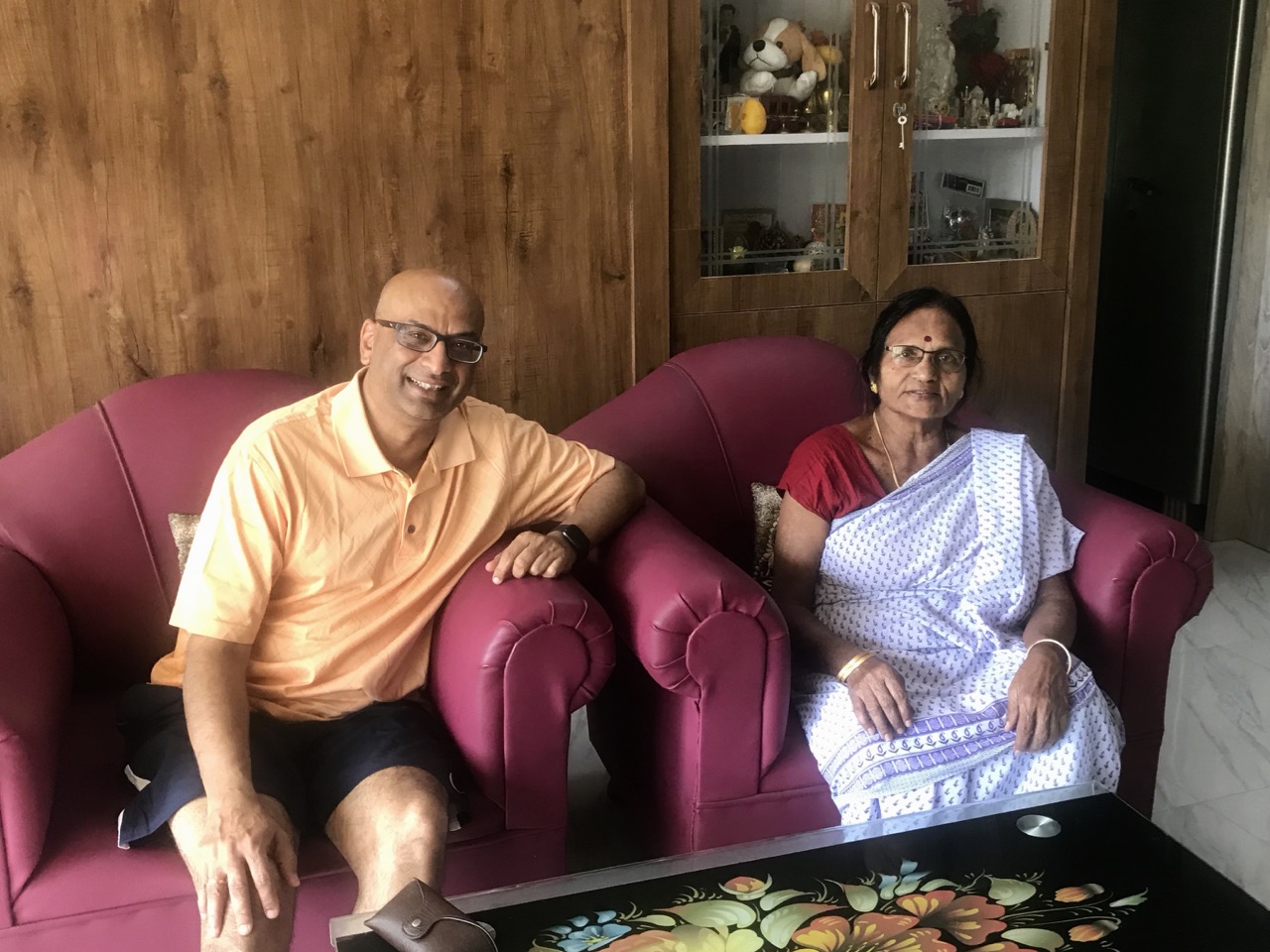