Checking in on my old neighborhood

I arrived in Bengal about a couple of days after the Kali Pujo festival. While in Durgapur, I realized that some of the festivities were still going on. That brought back nostalgic memories from three and a half decades back. Went to the old neighborhood I used to live in to see if any of the Pujos were still going on. I am glad I did. While all the local set ups were being brought down, the neighborhoods were all lit up still with all sorts of colorful lights. And there were those occasional firecrackers bursting from different houses which reminded me of what I used to enjoy most about Kali Pujo.

Met the only guy – about ten years my junior – who still lives in the neighborhood. And then decided to go to the house we used to live in. I got to know the folks who live there a few years back. They knew us though. Their two daughters – Antara and Sanchari – were both my mom’s students in the local elementary school. Also, I believe my brother taught Sanchari math in her high school days.

The best part was realizing that Antara was visiting her parents with her husband and her young kid – Chiku, I believe they call him (the kid, not the husband). When I walked in, while everybody was excited (at least they put a smile on), Chiku was in a cranky mood. He had just gotten up from afternoon nap and was still coming to terms with the new evening. After a few minutes of exchanging pleasantries among the adults and Chiku clinging on to his dad, I asked him “Wanna play ball?”

Something stirred in him. He stopped doing whatever it is that he was doing, kept looking at me as if he was trying to trigger some memories and then gave a smile and asked his grandmother to get him his ball. And then the two of us played together for some time. He would not even let me go. So I took him for a walk to the main road to check out all the bright lights.

Eventually, I had to take leave. You can see in the picture that he was the least interested in the picture. That was cutting in to his ball time.

Here is another of those “intersection point” stories. There was a reason Chiku remembered something when I said “Wanna play ball”. You see Antara – who moved into our neighborhood in Durgapur (in fact the same house as ours) about 25 years back – now lives in the US. Coincidentally, a few months back, she moved from North Carolina to Atlanta. In fact, her house is very close to where we live.

I had gone to visit her right after they moved in. That day too Chiku was cranky after getting up from his afternoon nap. I remember picking up a ball from the floor and asking him “Wanna play ball?”. For whatever reason, that earned his trust and we played ball for quite some time that afternoon. That is what he must have remembered!

I think his memory cells for ever will associate me with afternoon naps, crankiness and a ball!!

I guess it is my brother’s turn to teach him math now!!! 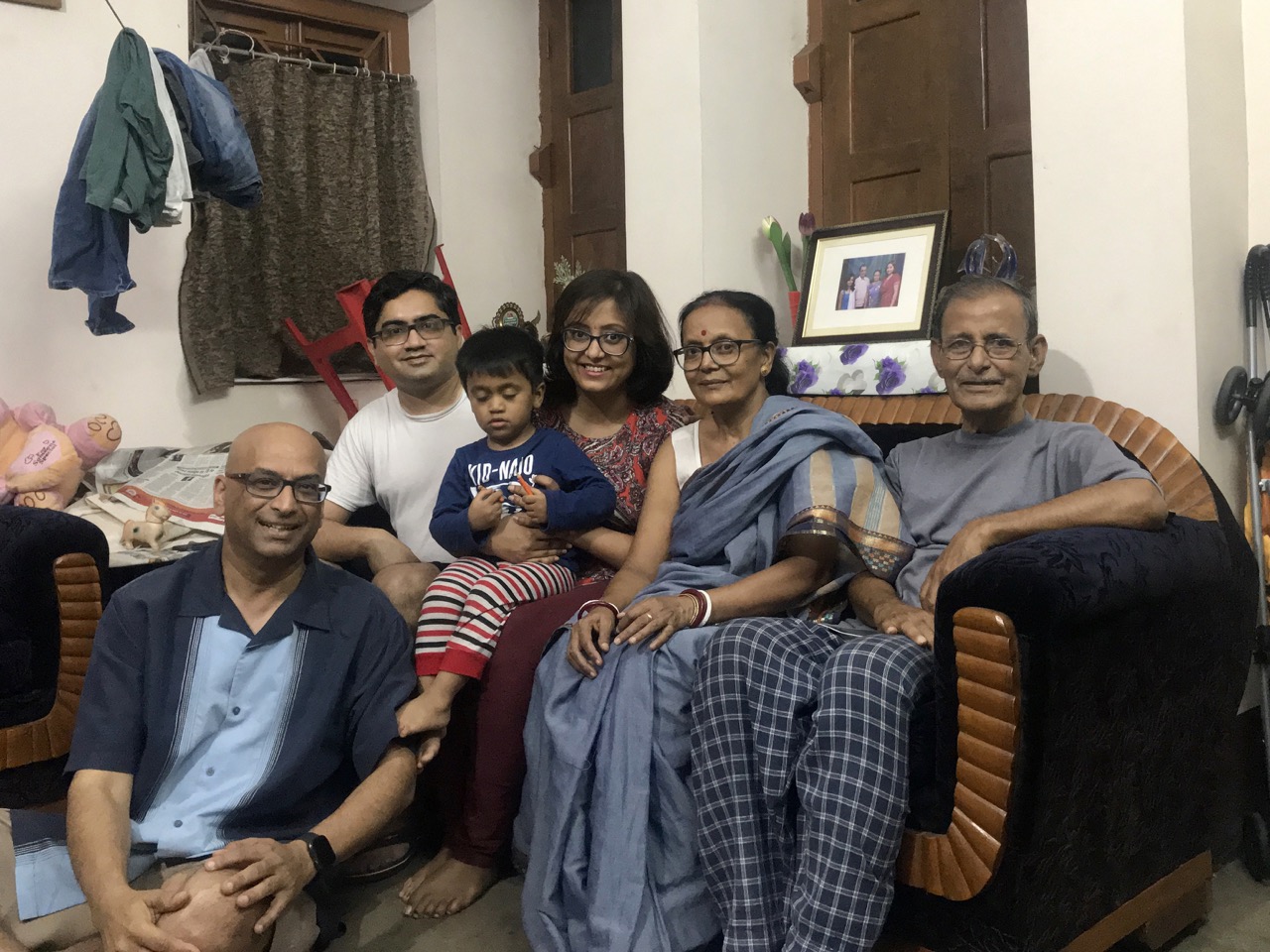