I was visiting my mother in law. Turns out she had returned from her native village just an hour before. She had been out for a few days. The problem she had was that there was no food to offer me – you know those sweets, savories, egg preparations that Bengali moms will shower you with anytime you show up at a Bengali house. Much less your in-laws’ place.

In fact, every time I visit her, she and I have this constant fight. I keep asking her to sit down so I can talk and she would keep asking what I wanted to eat and head towards the kitchen.

Not this time. There was no food to offer. Which suited me very fine. For once, after a long time, I actually got a chance to sit down and talk with her. Our topic meandered into my father-in-law (who we lost last year). She told me a lot of stories about him and his daily routine. Then she mentioned about her favorite picture of him. It was a picture of him at a much younger age holding a gun. My father-in-law’s family was famous in their village for having a licensed gun.

For the understandably worried, my father in law had a gun way before I started dating Sharmila.

In any case, we started ferreting thru the old albums and I finally located the photo she was talking about. She looked at it for quite some time. I asked her if I could take it to the US and bring it back the next time Sharmila or I am visit. (I want to scan it and keep it for posterity – not knowing when she might misplace her stuff). She readily agreed.

On another upside, I found out some other old pictures too! See if you can recognize the person poking her finger into her brother’s ear in this picture? 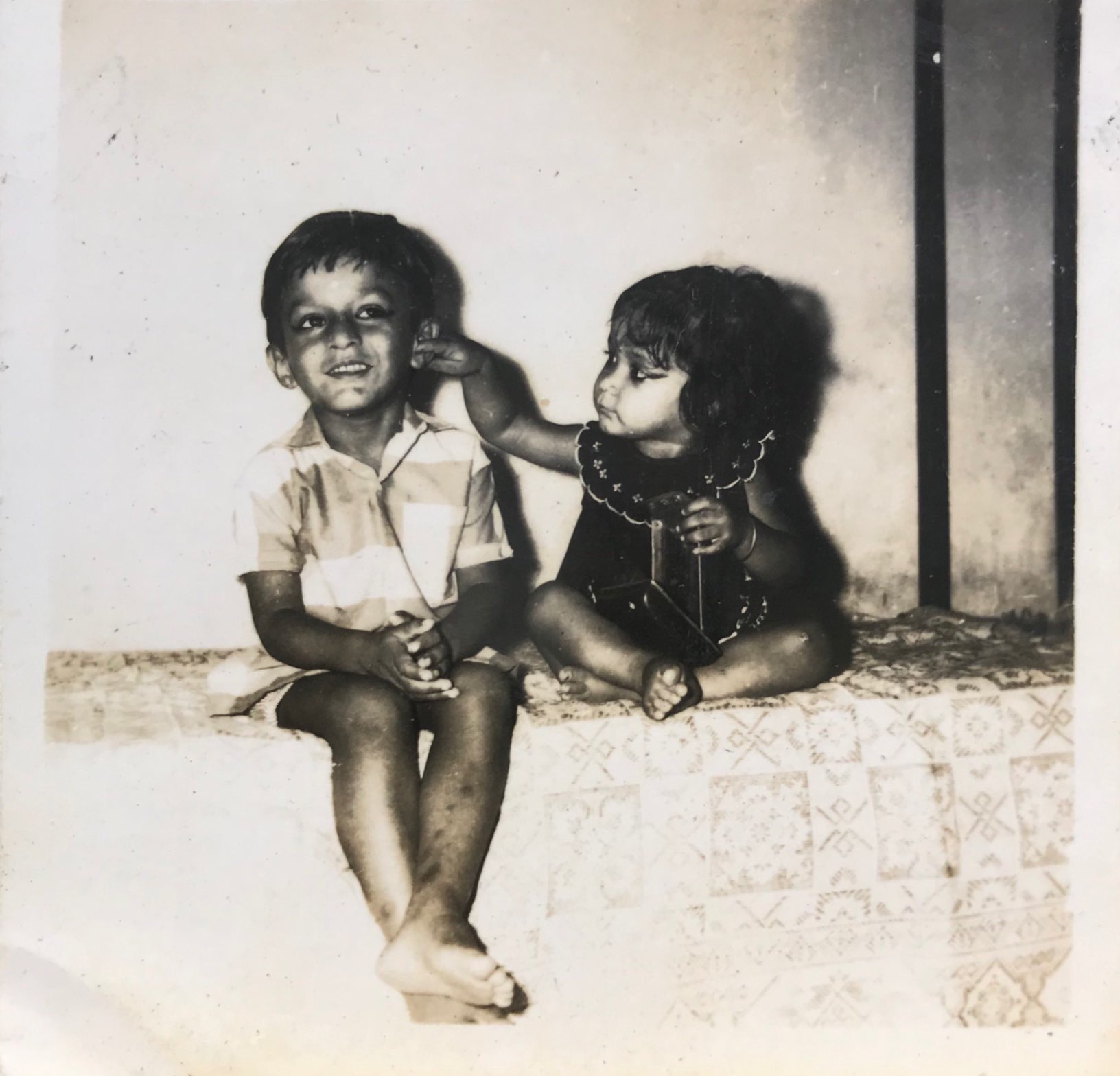