This is my idea of a good dad-son time…

You can also think of this as my revenge for all the puzzles he used to ask me when I was a kid and not tell me the answer for days hoping I will figure it out by myself.

A little over two years back my dad had a stroke and got paralyzed on his right side. Most of his brain got fried too. Ever since, thru some strong will and help from my mom and siblings, he has gotten enough of the right side back that he can get up from bed and walk a few steps to the bathroom. He has also some cognitive power of the brain back but only some. And his memory is fairly spotty. I am no doctor but I think the parts that were most affected were the hippocampus and the frontal cortex part of the brain.

Since I had nothing better to do, I figured I would try to get a feel for what kind of cognitive power and memory he has gotten back and what he has lost. So, I tried formulating all sort of picture questions, rearranging letters, sequencing problems and asked him to solve them. He was totally into the game. Sometimes he would get them easily. Sometimes he would take the paper in his hand, close his eyes and think deeply as if to will those neurons and dendrons into proper places…

He got most of the numerical sequencing right – going up and down – skipping in 2s, 3s, 5s etc. But he has lost all idea about what happens if you go below zero. The concept of negative numbers has been erased. In fact, curiously enough, after counting down and reaching 0, he looped back to 10 !

Also, I realized that he can easily process words if I arranged them in a circle but only if I put them in a clockwise fashion. If I switched up even two letters or arranged the word in a counterclockwise fashion, he just could not see the word. Then I realized that it was not just words. I wrote the letters a,b and c in a circle and asked him to write down the permutations. As you can see in one of those sheets, he nailed each and every of the clockwise permutations. The anti-clockwise? Not at all. Even after I gave him the first and the second answer, he could not see the third answer. After he realized he missed half of them, all he said was “Jah! Fail hoye gelam” (“Oh! I failed the test”).

Then I gave him a few picture problems (you know like directions of arrows and all that). Drew a complete blank!!

Also, he could not relate to numbers in the real life. For example, he could not see anything wrong with the fact he is 81 and that his guess of my age (he guessed 20) is highly unlikely.

It was fascinating to see how some parts of his brain has rewired itself and others have not. (forget these, two years back he did not know who I was and thought my mom was his mom). I am going to try again next quarter and see if the brain is still healing itself.

BTW, the most difficult part of this exercise was for me to come up with the questions. This, from a guy who allegedly works in an K-12 assessment company! 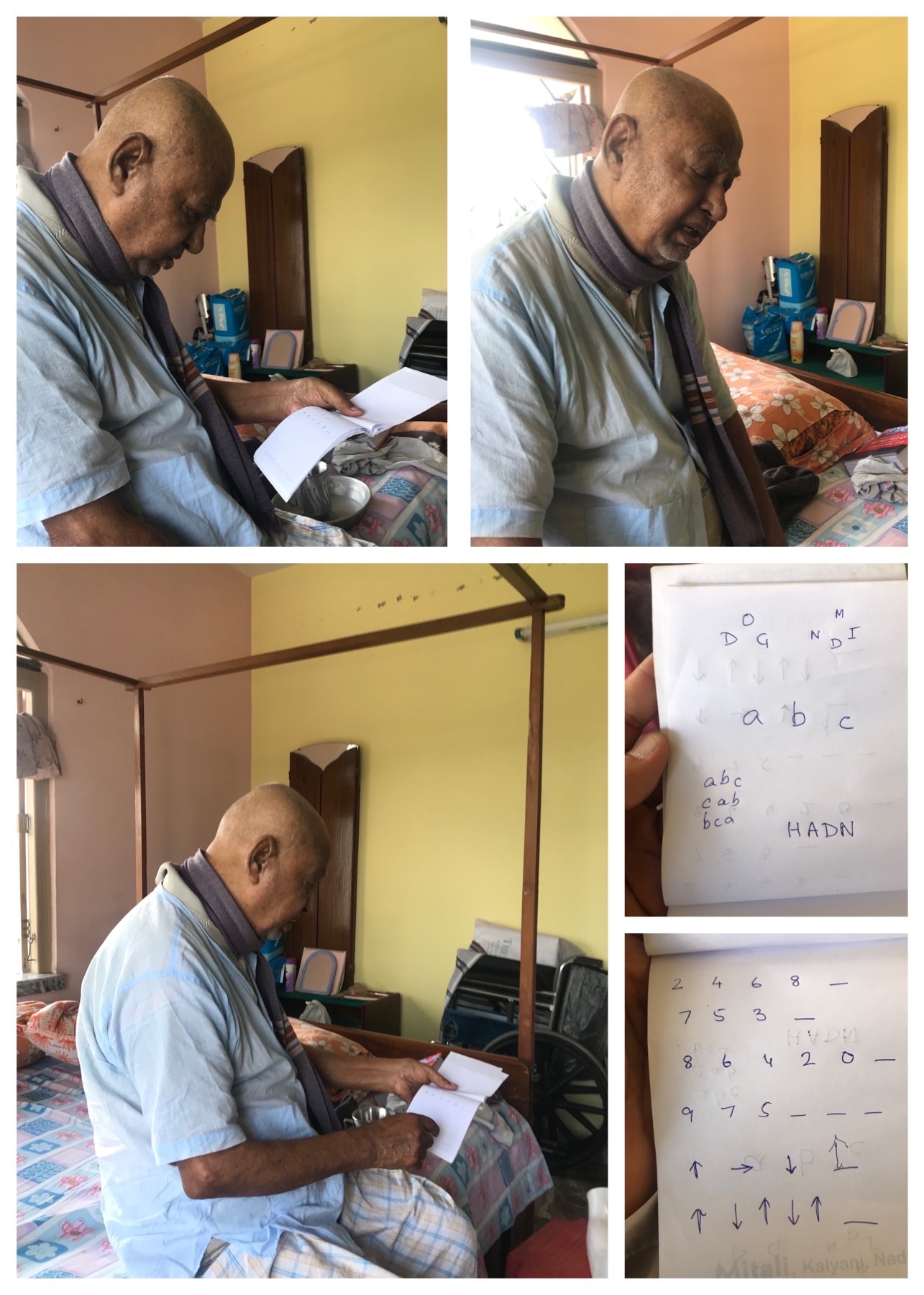