This trip was a total hushed hushed one. Nobody in India was aware. My sister went out of town for a day with her family (completely oblivious of the fact that I was landing up on “Bhaiphonta” day!!). She will be arriving this morning in a couple of hours to get the surprise of her life!!

The evening was one long tapestry of discussions of our life events from the time he lost his dad at the age of two and a half and then lost two other siblings quickly to this day where the three of us were sitting down – temporarily missing my two siblings.

I can’t remember everything (you will be surprised how much punch they pack in a 6 ounce vodka bottle in this little town) but we talked about the “easy chair”(kind of a cross between a chaise and a hammock) we had back in the seventies and how we used to count stars in the sky sitting in it outside our house. We talked about the time my brother was born (who, in keeping with family tradition, we almost lost very early on due to health complications). We talked about the time when my dad used to visit his mother every month (we lived about 60 miles away – but those days, it would take him about five hours to reach her in a remote village). On that last note – I do not believe the apple fell too far from the tree.

When we finally wrapped up – partly because he was tired and partly because my vodka bottle was running dry – I knew the discussions were a great success. You know why?

For a guy who complains half a dozen times daily “Bhogoban je kobey release certificate ta soi korbey” (“I wonder when is God going to sign my release certificate” – implying he is happy to move on from this world) – for that guy, he got up from the chair, stood for a second standing there and then finally turned to mom and asked “Naati naatni gulo manush hobey dekhey jetey paarbo?”. (He asked my mom if she thought he will live to see his grandkids establish themselves in their lives).

And I was like “Yesss!! I know how you can live longer. Want some fruit juice?” 🙂 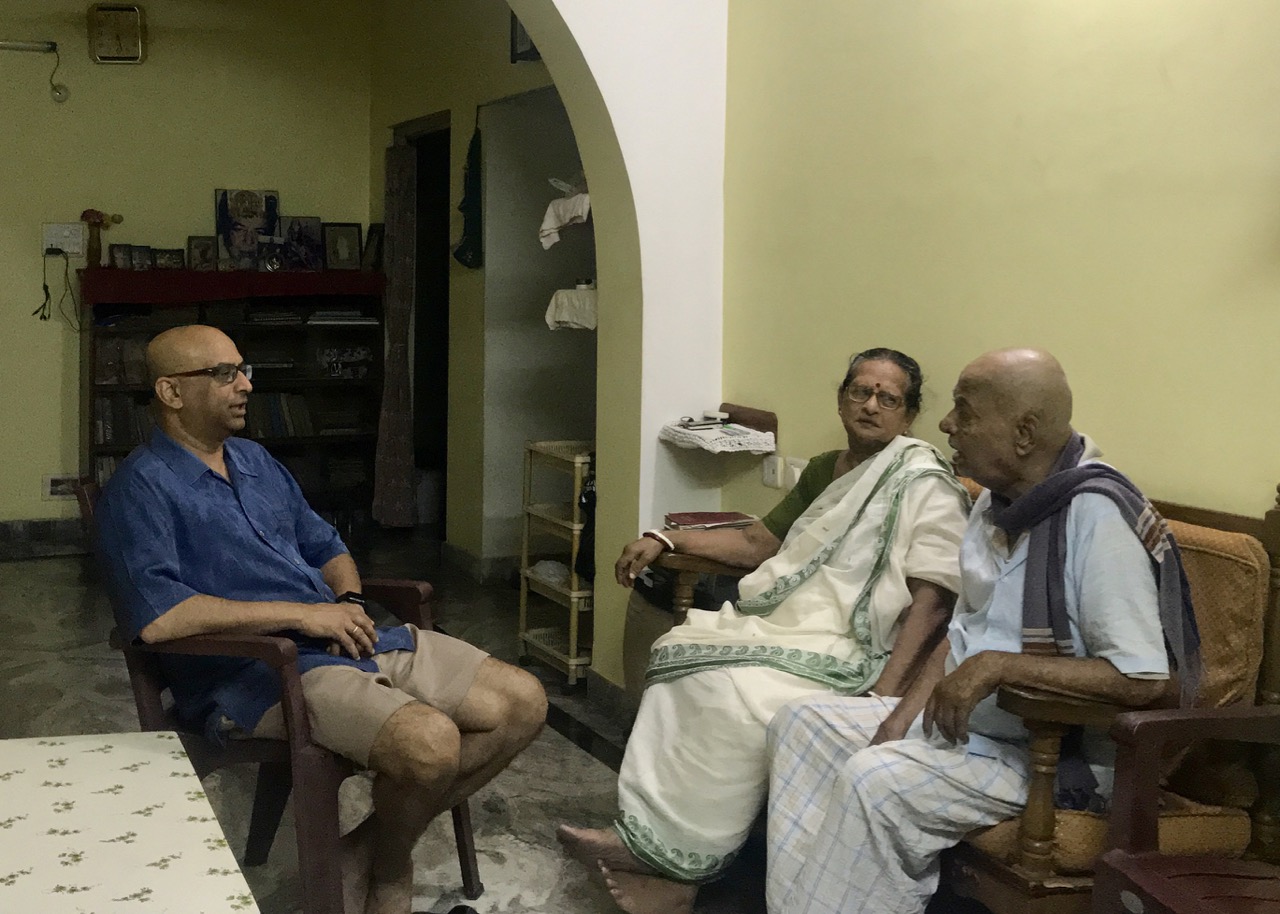