Anita and I were in the same grade / batch all throughout my school years in Durgapur but I had a chance to meet Anita only once. We were in different schools but I did have a lot of friends from her school. And we had very close common friends. Even her brother – Shishir – was my classmate. We knew of each other but never really crossed paths much. Last evening I realized that when she was in her college – I used to go visit a few common friends of ours in the college literally on the other side of the road – still never crossed paths.

Somewhere much later – may be 30 years later – I had located her in Boston and found out her birthdate. So, that at least established a way to keep the connection going – even if thru a ten minute talk every year. A couple of weeks back, I had called her again to wish her happy birthday and we agreed that we should meet some time. Little did I know that within two weeks I would get a text from her that she was going to be in Chicago for some work. On Thursday, after work, both of us were able to free up some time to meet.

I am glad I met her but not before going thru some wariness. I have to explain that she is a very accomplished person in the medical profession. And certainly I have never been accused of having accomplished anything that has amounted to much. Then, she was staying at the Ritz which is an imposing property downtown Chicago. I am the one who you will usually find hanging around in Courtyard Marriott lobbies with one tip of the shirt hanging out and an iPad at hand (you never know when I am going to write another blog). Then she came down in an exquisite dress and I was … well, let’s move on, shall we?

My plan was to meet for an hour and make the trek back again. Landed up talking for three hours. And regretted that I did not have more time. I was absolutely fascinated by her take on so many things in life. What impressed me most was her ability to see any situation from the other side and make a case for it. Not too many people can hold two opposing thoughts in their head at the same time – and be totally comfortable about it. Anita, struck me as a person who has that unique capability.

Of course, given her level of intellectual capability, I was able to engage her on her take on the larger meaning and purposes of life and what our learnings have been looking back. For me personally, looking back, I wish I had sat down with Anita a few more times earlier in my life. It would have cut short a lot of my learning cycles. 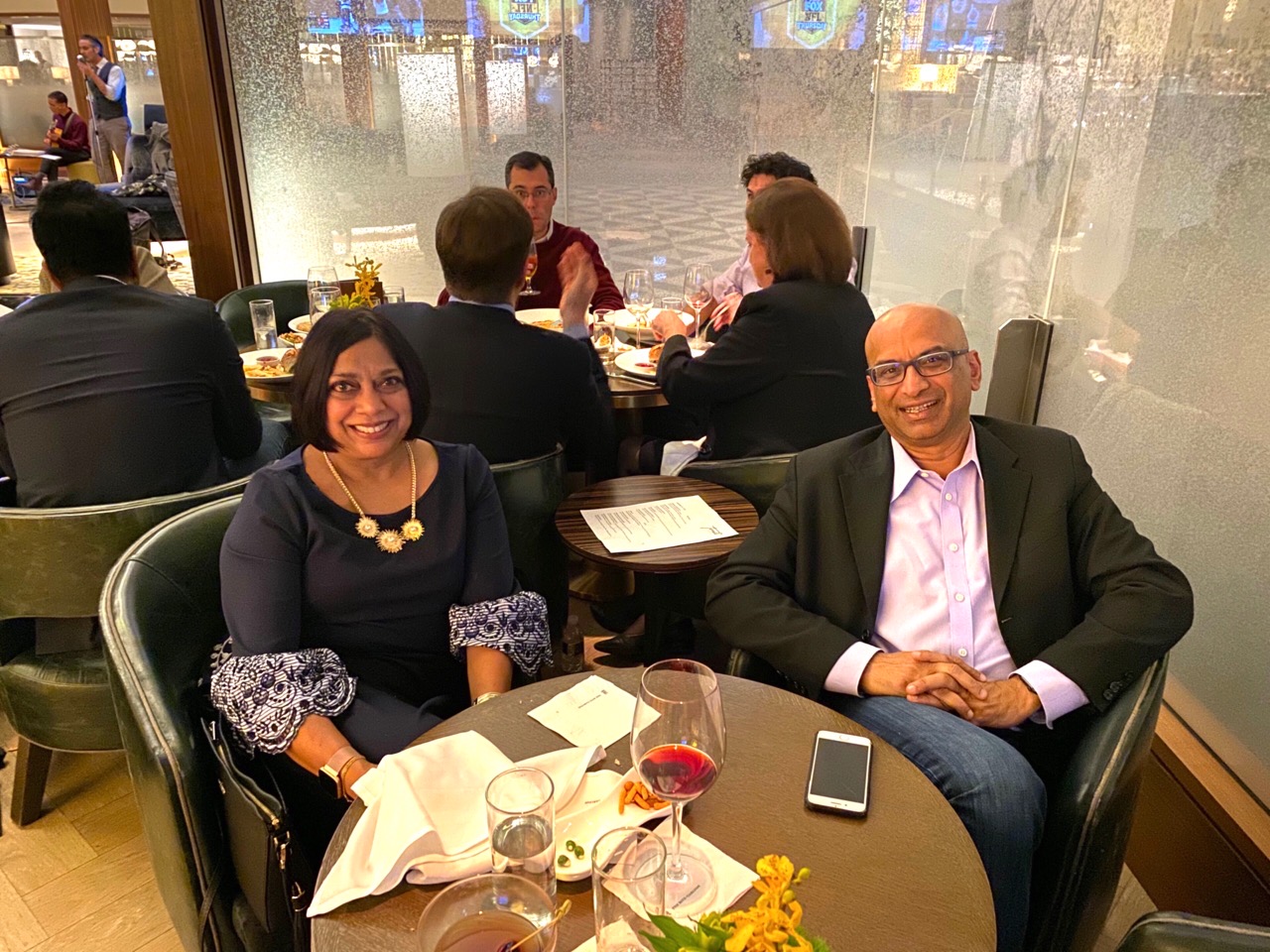