This is the second time I met Mr. and Mrs. Jain. Strictly speaking, this is the first time I met Mrs. Jain – but I have seen her once before. It was December 10th, 1976 – a Friday. It was our report card day. We all got promoted to fifth grade that day. Mr. Jain had come to pick up my classmate – Nishi Jain. All I remember is that he had some kind words to say after looking at my report card.

Funny part is that I never went back to that school after that day. Between that day and next school opening day, my dad got me admitted to a different school. That pretty much took away any chance of meeting Mr. Jain again.

Mrs. Jain was a different story. Our school had two buses. One day one of those buses had a mechanical failure. So, the bus that picked me up had to proceed to do the second route – which was Nishi’s route. I remember the bus stopping to pick her up and Nishi turning back to one of the houses and waving. That is how I guessed that it was her house and the lady at the gate waving back at her was her mom. And then there was a very small girl – maybe three year old tops at that time – hanging on to the gate and waving too.

Like I said, these are well over 40 years back! Believe it or not, last week, I got a message from that small toddler that hung from that gate – Supriya – she now lives in Chicago – that her parents were visiting her. That toddler is in the picture below along with her parents!!

I had about an hour between business meetings downtown. That was enough to swing by to say Hi to Mr. and Mrs. Jain. Had a fantastic time reliving the days of the past. Was suitably impressed how both of them have kept themselves physically and mentally fit at their ages!

Looks like they are going to be around for a couple of more months. I have to find some time one of these evenings to spend more time with them!! 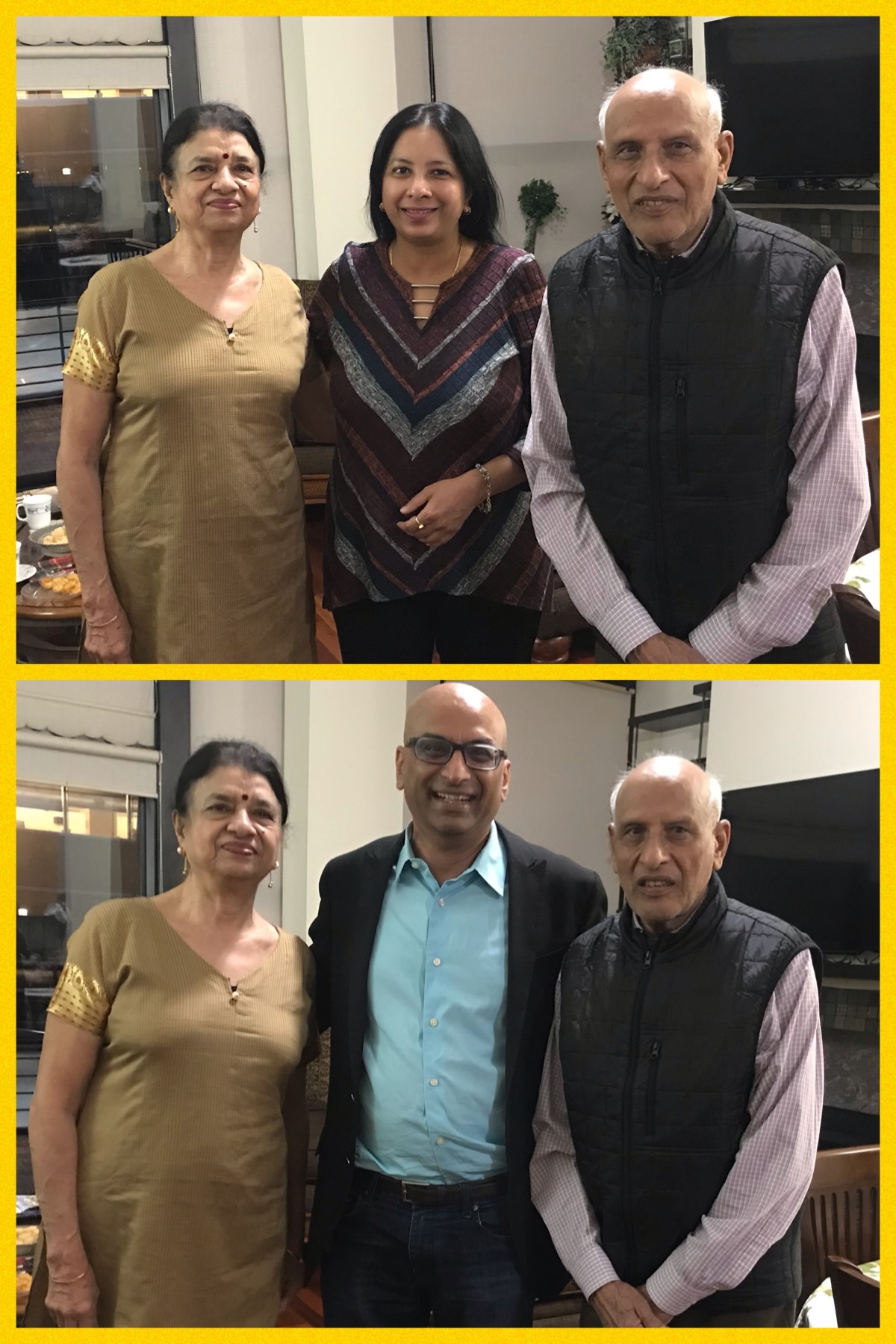