The case of the “battered” wife

Last night, I had heavy snacks after coming back from work. And when I say “heavy”, I mean the helpings were generous enough to be counted as dinner. After that I had gone to greet a friend for his 50th birthday and then came back home for some tabla and qawaalis.

At around 11 PM, I was done and was ready to go to bed but was somewhat hungry again. First thing I noticed in the kitchen is that Sharmila had left some fresh potato curry and a couple of fritters for me. She knew she would be late from the party she had gone to and all I needed to do is open the refrigerator and grab some bread or rice or something. She is very nice that way.

As you might have expected, I opened the refrigerator – and was immediately accosted by a whole array of cooked food neatly arranged in the shelves. Now, for me, food is more a function of my hunger and less of my taste buds. I grabbed whatever was in front and pulled it out. Not entirely sure why, I also grabbed a half cut lime that was within an easy reach for me.

After opening up the container, I realized I had grabbed the bowl of noodles that Sharmila had cooked for Nikita. Also, anybody knows noodles and potato curry are not exactly the pairings for the sophisticated. Nevertheless, I marshaled on. Took a small portion of the noodles, a more-than-required portion of the curry, those two fritters and threw them into the microwave. After much head scratching, I realized that I had no conceivable way of doing justice to the lime. So, I put it back.

Don’t remember much of the dinner except that the potato curry tasted yummy. For a split second, I wondered whether I should have finished the whole curry.

All things done, went up to bed. And that is when I heard the garage door open – rather unexpectedly. I did not think she would be back before 1am. And it was only 11:30PM. Figured I would just lay there and wait till she came up.

Predictably, I heard next the house door open… a few footsteps to the kitchen followed and that is when I knew everything was not in place.

“Jegey aachho?”, I heard her yelling (“Are you awake?”). And before even I could say anything, I heard the next question – “Dosa-r masala ta kheye diyechho?”

In about half a second, I realized what had happened. That potato curry was not for me. She had cooked it and kept it for cooling down in the kitchen. That was meant to go with the masala dosa she was planning to make for breakfast the next day. And now she was staring at the dosa batter in one container and the near-empty masala pot in the other with nary an idea what is going to be for breakfast!!

The soporific effect of an irritated wife kicked in instantaneously. I was deep in sleep before you could cry “Uncle”! 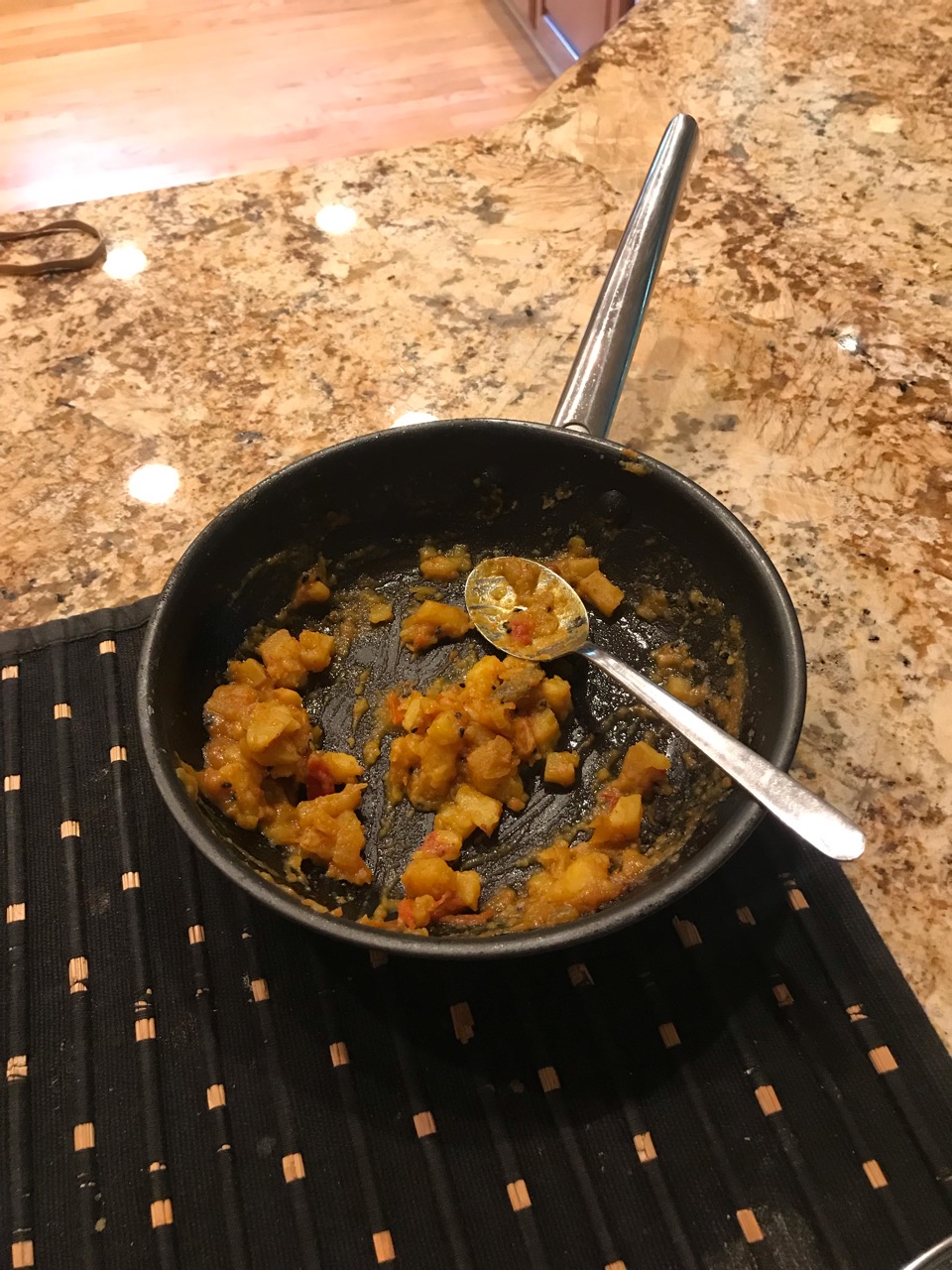 Posted September 14, 2019 by Rajib Roy in category "My Family