More than a year back I switched up from drinking coffee to drinking tea. None of the Indian style tea leaves soaked in boiling milk or boiling water in a sauce pan style. Just the “dip dip” style (which is what we called them when tea-bags made their entry into India in my early life). Ever since my switch up, it has been one confusion in mind after another.

But I really hit the roof when I found out there is something called “herbal tea”. That is where my biggest peeve lies. You CANNOT call whatever it is that you drink “herbal tea”. There is no tea in it. Call it by the name of the dried flower it is made of or whatever herbal leaves it has. It can have a lot of those esoteric stuff – but tea leaves it has none. By definition it is not tea. Calling dried flowers herbal “tea” is like calling chicken herbal “mutton”.

And this morning, early in the Skyclub, as I was looking for some tea, I was jolted out of my stupor when I saw something called “Chai Tea”. Chai Tea??? Chai is the original name of the plant where it comes from in China/India area. The English word for it is Tea. What do you mean Chai Tea? There is no Chai Tea. Chai IS Tea. 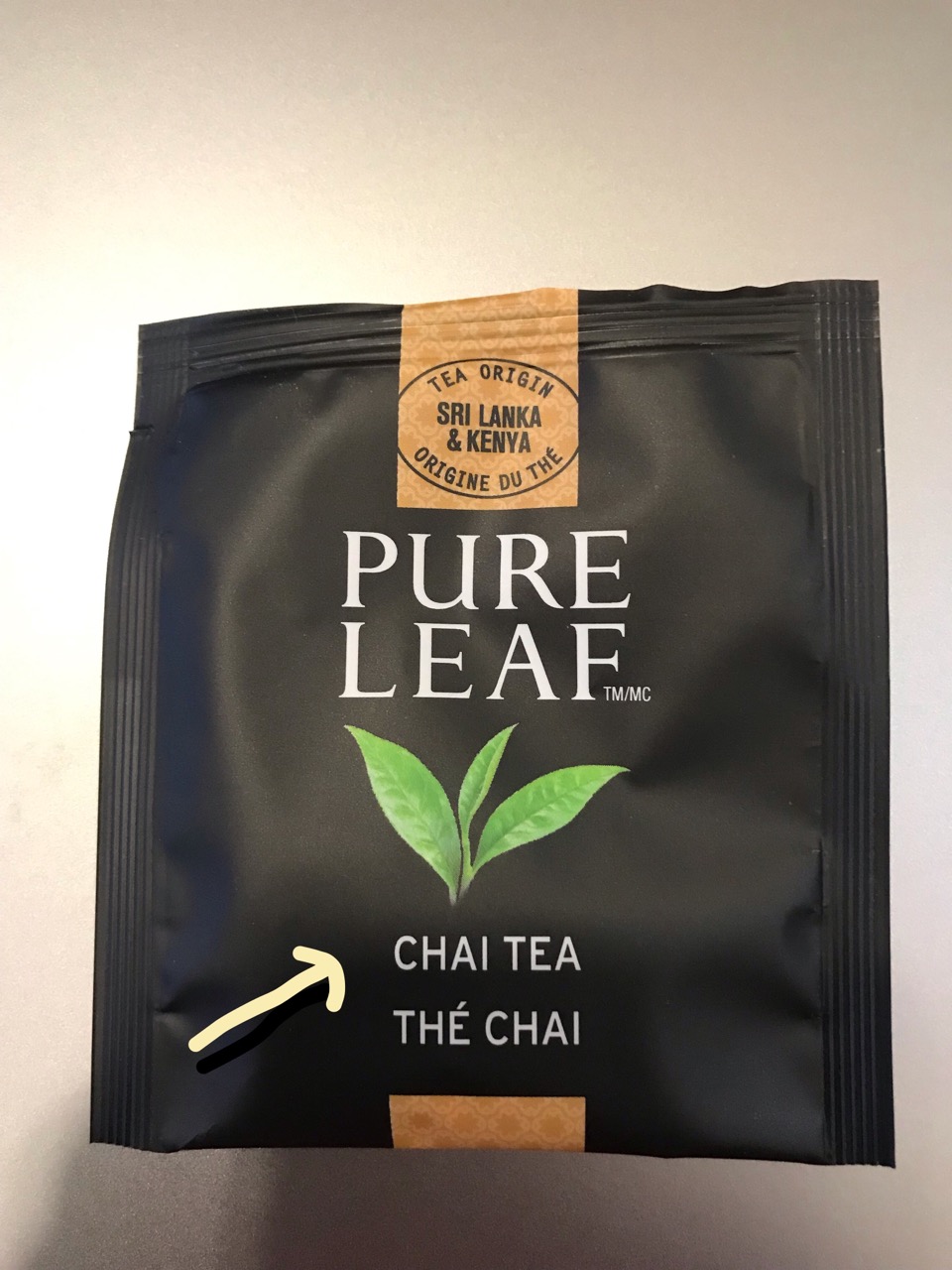