When daughters start writing about their dads’ professions….

“Dad, do not publish anything yet”, Natasha sternly told me.
“Why not?”, I asked
“Because it has not hit the stands yet”.

That was a week back.

What she had given me a few minutes previously was the soon to be released copy of the Inc Magazine. This is the annual one where they feature the top companies in the world (by growth etc etc).

As both of us settled down at the Starbucks over a couple of cups of coffee (strictly speaking some coffee for me and some pink looking drink that I am sure Starbucks had given a fancy name to charge five dollars for her), I started leafing thru the magazine.

Of course, the piece de jure was the one about the “State of the CEO” written by her and another editor (also called Natasha). I read it up word for word. It was interesting to find that the portion they had highlighted was about the health problems of entrepreneur CEOs.

I was so excited reading about the article written by her that I forgot to pay attention to the actual details of the companies. Later, I found out that the company topping the Financial Services growth list is Yieldstreet – founded by none other than my friend and the entrepreneur with the Midas touch – Milind Mehere! 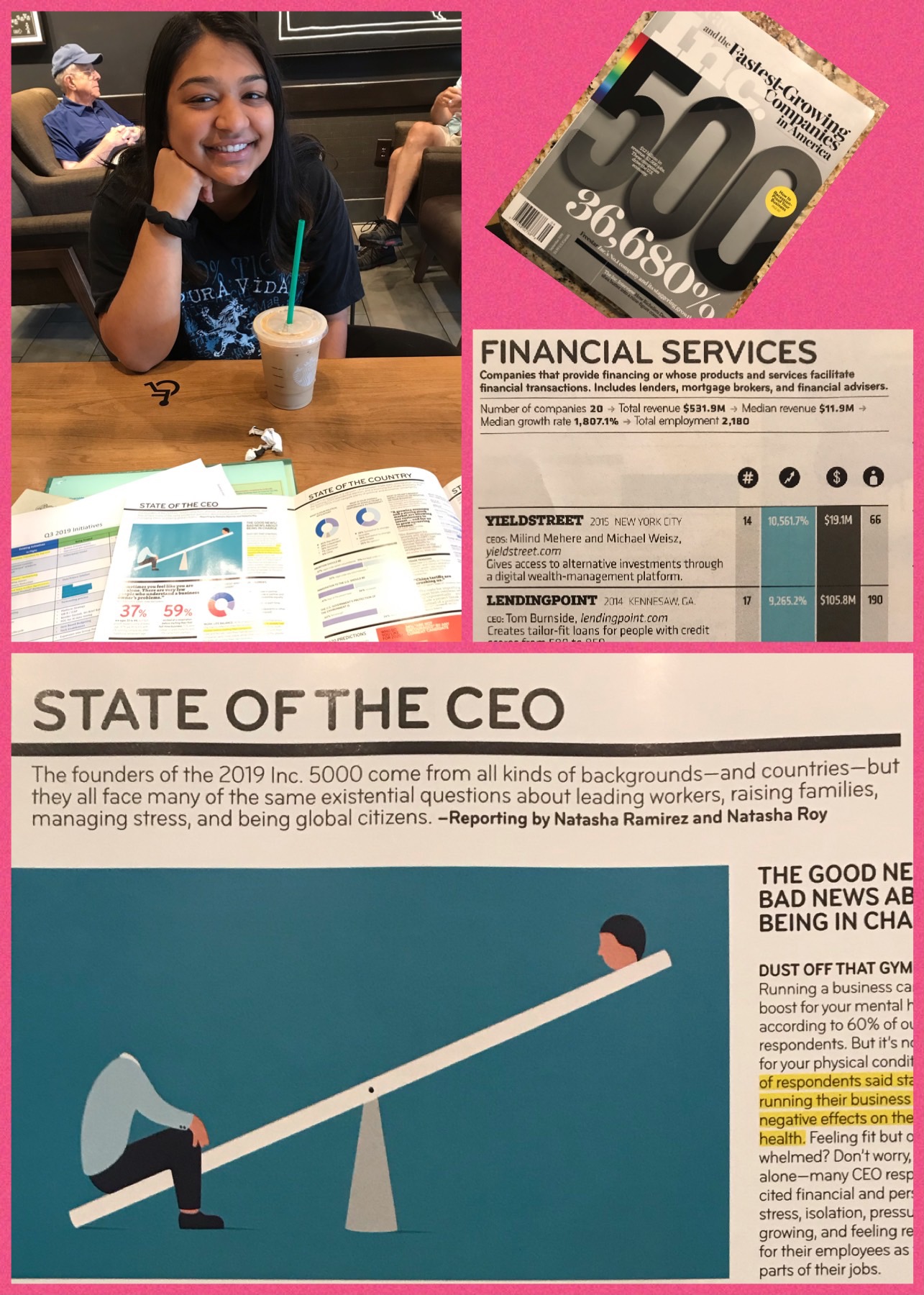