The long wait was totally worth the wait!!

Last time Partho and I did some physical exercise together was back in 1989. Playing soccer in IIT-Chennai!! While he was a year junior, we had studied multiple times in the same school and college and thus got to know each other very well. in college, we were in the same dorm and in fact only about 6 rooms apart. I moved to Room 239 and he moved to the room I had before – 233.

The last time I saw Partho was in 2001 in Austin when he brought his sister – Paromita – (I distinctly remember his red Mazda Miata) to the hotel Sharmila and I were staying in (Four Seasons on river Guadalupe used to be our favorite weekend getaway then) for a Sunday brunch. Pinning down Partho thereafter has been a challenge. An incorrigible introvert, getting him to return my phone calls was harder than straightening out a dog’s tail. That said, this year, he did call me back!!!

But I was closing in on him. Last week, in a post, I had talked about visiting Natasha in NYC this week. Paromita (his sister) had tipped me that Partho will be in town too to visit her. Made some re-arrangements of my flight and laid siege in his sister’s house from 8PM. After about two and a half hours of waiting for him, I was almost ready to give up. His flight had been terribly delayed. Just as I was getting ready to leave his sister’s apartment, he walked in!!

The expression on his face was priceless!!!

We were too thrilled to see each other! We have a lot of memories together from the past. We used to play music together (he was a vocal singer and I used to play the tabla), we played soccer for our dorm team and even college team together and then there were those evenings of reading Sukumar Ray’s “Abol Tabol” together and breaking out into peals of laughter!! How can we ever forget “Aay re amaar moida thaasa naadus re”? !!

It was too late for all of us. So, we agreed to meet early morning in Central Park, go for a run and catch up on the past years.

It was a great run!! Partho, as elusive as you are, meeting you is always memorable!! We have to do another evening of “Abol Tabol” session !! 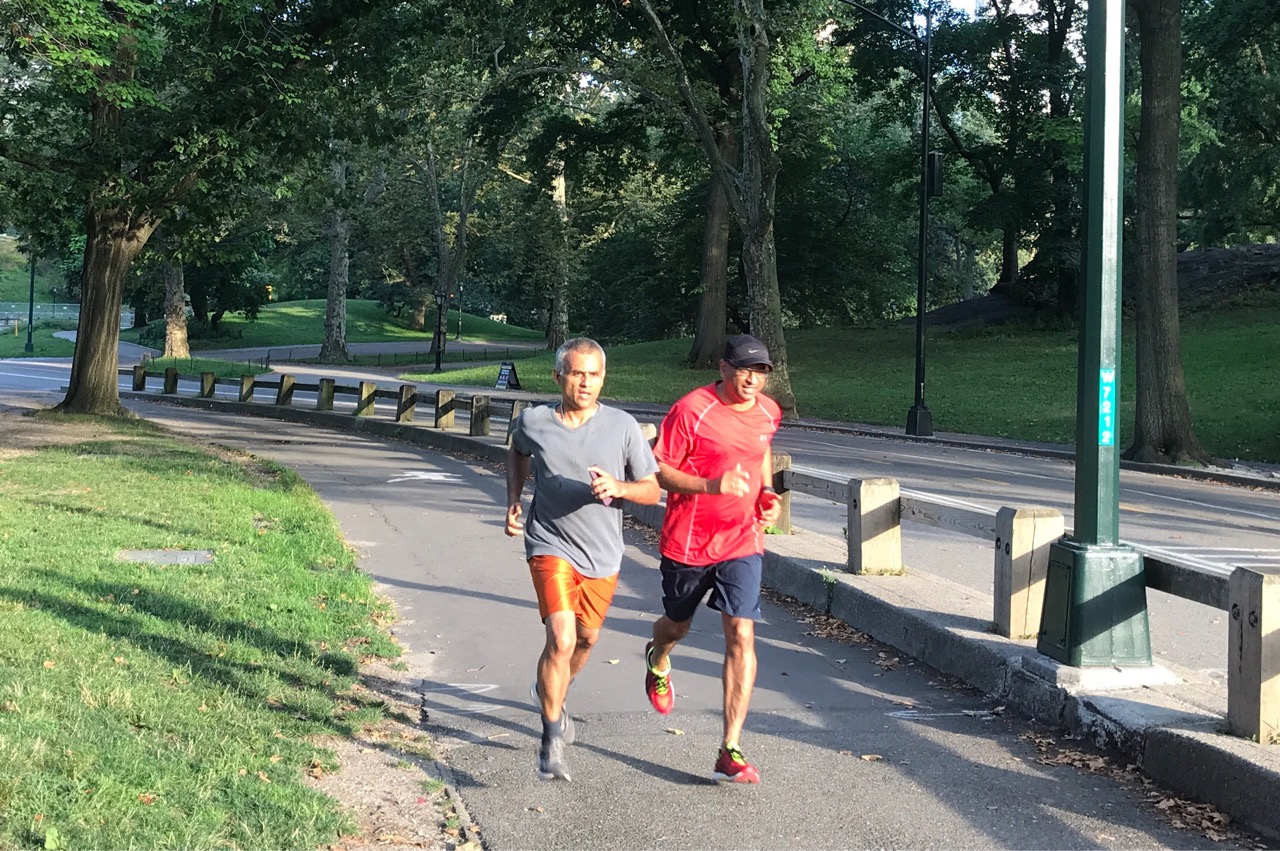