You want to impress somebody at a party next time? Ask them to take out their phone and Google “Texas License Plate images”. You will find in the first two or three an image which has the space shuttle on the left top and the half crescent moon on the right top. Now ask your friends what is wrong with the picture of the moon. Most won’t get it. The problem is that there are a couple of stars too close to it. Try mentally drawing the full circle of the moon. It will overlap with two of the stars. How can that be? Just because we cannot see that part of the moon does not mean it is not there!!! You can never see a star in that zone!

Have you seen those road signs pointing to a soccer field? Check the soccer field image. In all likelihood, it is drawn out of hexagons. In fact, if I asked you to draw a soccer ball, you will draw it with all hexagons in it. And therein lies the problem. Mathematically it can proven that a sphere ( Euler characteristic of 2) can never be formed entirely of hexagon (Euler characteristic 0) regardless of the size of hexagons. In fact a soccer ball is formed of 20 hexagons and 12 pentagons!!

How about this? Have you seen those marketing pictures of three interlocking gears? Try Googling “three interlocking gear image”. There are lots of them (each gear is in contact with the other two). It may not strike you initially but such a combination is impossible. In fact in your mind, try to imagine that one of them is going clockwise… then the other two have to go anti-clockwise. But that cannot be – since those two are in touch with each other, they have to necessarily be moving in different directions!!

Did you know six F-22s when they were first released (at well over $100M a piece) while making a maiden voyage from Hawaii to Japan suddenly simultaneously shut themselves down? And could not be restarted for hours? (thanks to the mid air refueling planes, they never crashed). Turns out that they had crossed the International Date Line which completely messed up the programs in the onboard computers. So much for spending $100M+ per plane!

This book is filled with such hilarious and very interesting mistakes made by folks in the area of math, engineering and computer science. To be sure, many of those mistakes led to people losing lives and are not funny that way. But what makes this truly an enjoyable book is the author Matt Parker’s sense of humor. Australian born, settled in UK, he brings out all the subtleness of British humor.

This book is all about making mistakes. The dedication of the book goes to his wife… and it is written thusly:

“Dedicated to my relentlessly supportive wife, Lucie.
Yes, I appreciate that dedicating a book about mistakes to your wife is itself a bit of a mistake”

Finally, the book’s page numbering is a count-down counter. It starts with page number 314. Which in itself is irrational thinking. (That is the value of Pi – to the nearest two decimal – which is an irrational number). But the book has more than 314 pages. In fact, the page after 0 reads “4,294,697,295”. Some of my fellow computer science students will realize that this is an error every 32 bit chip will make. And yes, there is a story the author relates how this completely messed up a mission,.

Thank you Somshekhar for recommending another great book! 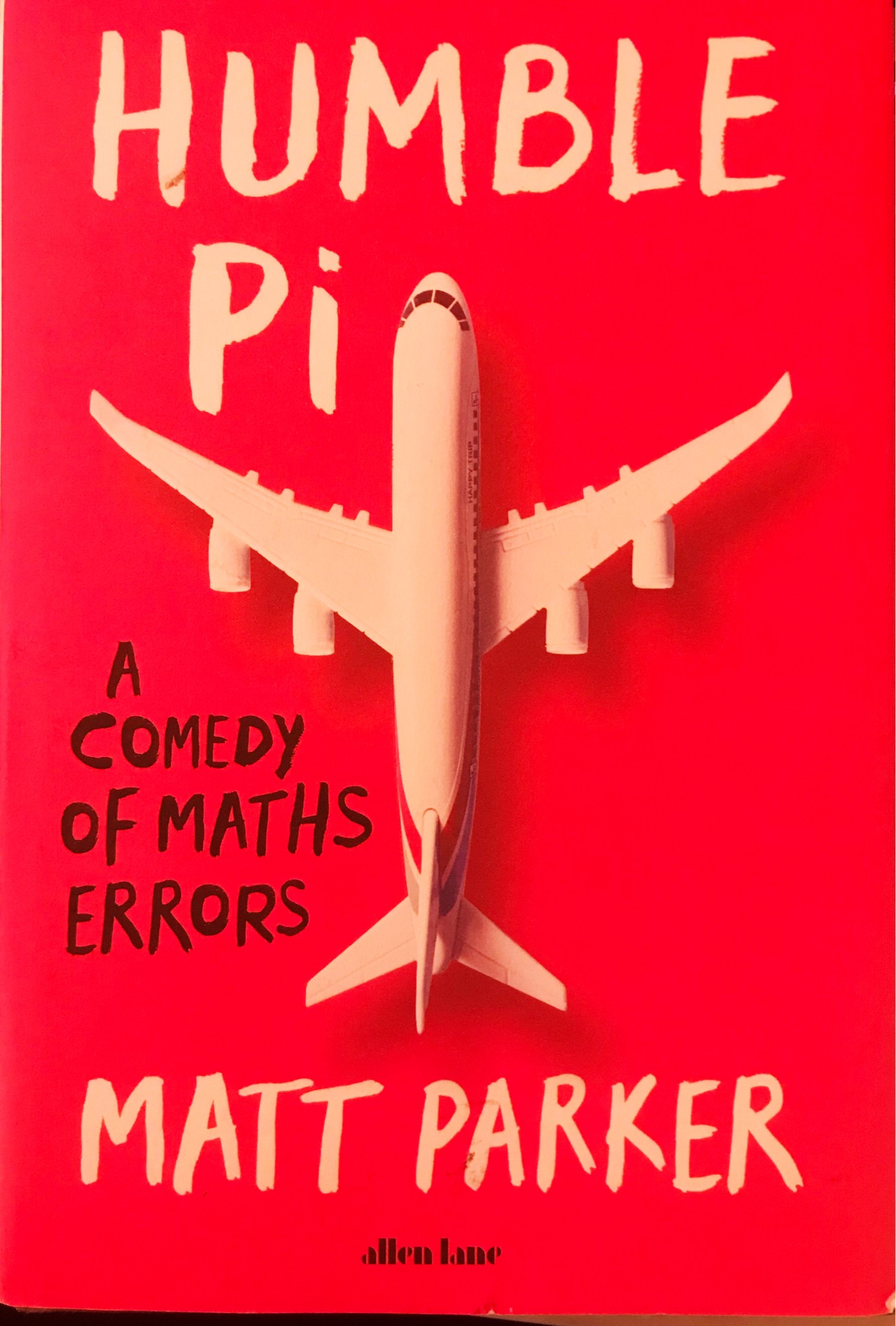