Epitome of a gentleman

“Charles, you will absolutely not remember me. My name is Rajib. You used to be the librarian in COSL. I worked in COSL SEEPZ premises for about a year”.
“How do you remember me?”
“Well, if I were to name three of the kindest persons I have ever met in my life or perhaps ever will – you will be way up there in that list”
The way he had parried away my answer, I figured I was not the first one to bring it up.

Way back when, I had worked in COSL’s SEEPZ premises. First for a two month internship in 1990 and then for a job 1991-1992. During the summer internship, I was asked by my boss – Sesh was his name – to work on an Expert Systems software COSL had bought. He gave me the specific project he wanted me to do – resume management application for HR. The problem was that the more I tried the software, the more I realized it was anything but an expert system. Moreover, the HR requirements for resume match were fairly standard and required less of expert systems and more of deterministic matches with a some level of forgiveness.

Eventually, I gave up and decided to ignore Sesh’s advise to not worry about the project and learn more about expert systems and the application. I wanted to focus on the problem. So, I went to the library the company had and started looking up every book that I could lay my hands on.

Presently, a soft spoken gentleman that I had seen at the entrance – presumably the librarian – walked up to me. With a tie on (we all had to wear ties in that hot, sultry summer weather in Bombay) and his full sleeves wrapped up all they way to the elbow, he asked me if I was looking for something. I told him about my challenge.

“Have you looked at dBase4”?
I had no idea what it was. So, he helped me get a thick book. And arranged for a floppy disk with the software loaded.

Long story short, I studied up the whole dang thing and built something before my internship was over. I was fairly satisfied with the system. But a year later when I joined the company for a full time job, I realized that nobody ever used it!!! Not that I cared. They gave me a job, right?

How I managed to sit face to face with Charles about three decades later is a story unto itself. About a couple of years back, I had gone to Pune to meet an old teacher of mine from school days. Sri Ganesh – who was a senior of mine in COSL, realized that and offered to meet me at a hotel by Bombay airport before I could fly out to USA. That evening, we were talking of old colleagues and Charles’ name came up. He even got me his phone number.

Once I went back to US, I called him up and had the conversation I referred to earlier.

A couple of years later, last Sunday in fact, I tried Charles thru WhatsApp, phone call and email before I left Kolkata. I was going to be in Bombay for a few hours and I wanted to see if he might have time. Only late in the evening he responded saying he will come and meet me. That was awfully kind of him.

And that is the way I remember him. Nothing has changed about him. The ever soft spoken, humble to a fault, Charles was recognizable both by his looks and his behavior across those three decades like nothing has changed.

There was in interesting story, as it turns out, how he had pointed me to dBase4. Charles studied electronics but did not like it. He took his dad’s advise and took up library management. That afforded him to read many books and he liked databases. He even built a system using database systems those days. And that is what made him realize what I was looking for was a good database management system that particular afternoon in 1990.

Charles, you are one of a kind. Your gentlemanliness, your kindness and your humility makes you a unique person. May your tribe increase!! 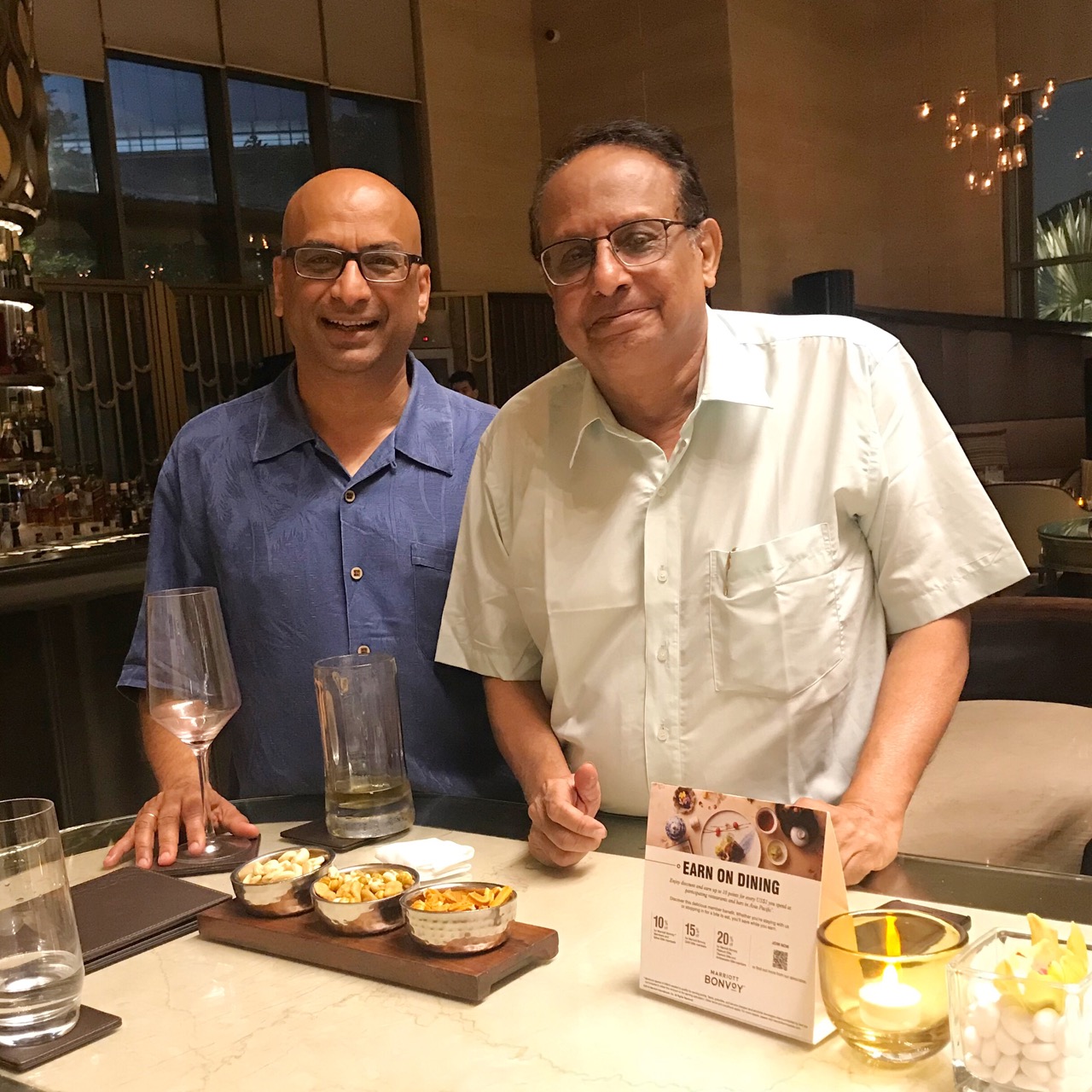