I might have to learn singing after this. If I remember to, that is!!

“Where did we meet last?”, I asked
“Carbondale, Illinois, right?”
“Yeah – that was three years back. Do you remember where we met before that?”
“Was it not Dubai a few years before that?”
“Indeed. I guess it was high time we met in Kolkata then – the city where we met each other for the first time – let’s see … about 33 years back?”

With that we settled down in the lounge of Westin hotel in Kolkata. It was an irony that I knew so many of the students from my batch in Durgapur so well but never knew Piyali. There is a funny story about how we met for the first time on a hot summer evening in Kolkata in 1986. It somehow involved two medical colleges, a Kathak dance class and she being majorly disappointed in me. I will let her elaborate on that story.

Over the years though, she certainly has become somebody I enjoy talking to and learn from. She has a streak of independence in her thinking that has led her to try out so many different things in life. Often buckling the social norms. What is most endearing about her is that in spite of having strong beliefs, she never goes around telling people how they should be living their lives. But if you get her to talk, there are a lot of pearls of wisdom you can pick up.

“So, talk to me about your singing. You had mentioned that during our last two conversations. How difficult was it for you to pick up from where you left it in your young adult days?”

Well, that was when I learnt that Piyali has never learnt singing before. When she told me that she was going to learn singing, I assumed, like her dancing, she had to give it up once her medical studies and life took over. What I found out was that she had to give up dancing due to an injury. After crossing 50, she decided to do something she always wanted to – singing – but never got a chance. Apparently, she had asked many people to teach her but nobody had taken her seriously till she got a break while waiting for a ride. Story for another day.

“So, what are you trying to achieve?”
“I just want to learn music. I do not believe I want to ever give performances. I want to train my ears enough that I can listen to a piece of music and detect what ‘raaga’ it is.

“What have you learnt about yourself thru this journey so far?”
“There is medical research that suggests that music can postpone the onset of Alzheimers. I can see in myself that my short term memory has dramatically improved in the short one and a half years of learning music”
“Really?”
“Yes. I was forgetful enough that I often used to forget brand names of medicine that I would prescribe. I would remember the chemical compound – but not the brand names. Now I have no problems!”
“That is really interesting”

From her taking up kettle balls to learning how to do bonsai to her jet-setting lifestyle from Las Vegas to Dubai to Kolkata, it is very difficult to keep up with my friend. But the short durations that I get once every three to five years when we meet face to face are always eye opening to me.

“Looking back on your life, what would you like to be on your tombstone?”
Thinking for a few minutes, she said “That I found happiness in the small things”

I never thought about it that way – but that absolutely describes you, Piyali. Over the years, I got to know of some of the challenges you had faced. But I cannot recollect even on one occasion where you were negative about anything or even complained a wee bit. Which is fairly unique in today’s world. Especially in India, where everybody seems to focus on how things are getting worse from day to day, you are a refreshing oasis who reminds us how beautiful life is.

Can’t wait for our next meeting. 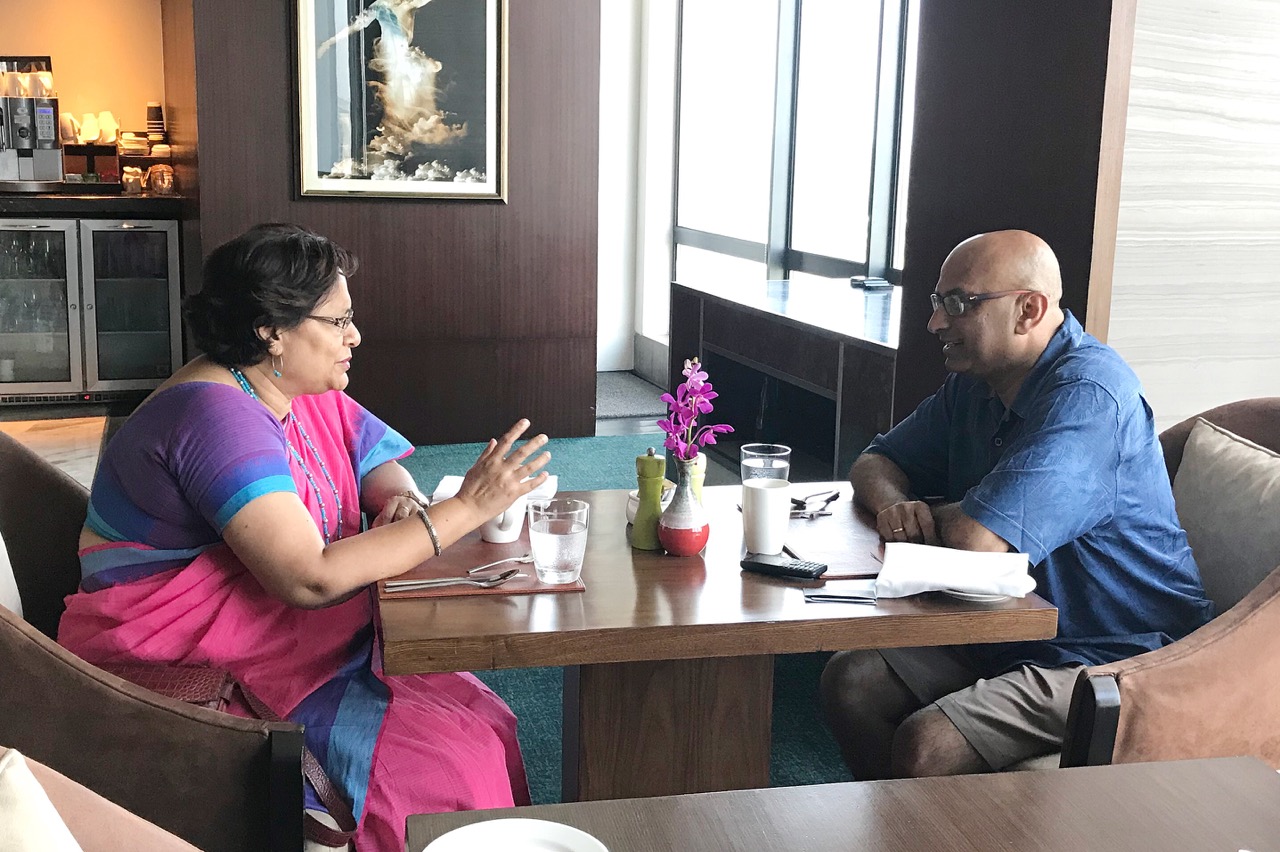