My dad hates the concept of being moved around in a wheelchair. That symbolizes having to give up a certain level of independence that he is not willing to. In the evenings, on a rare day when he gets out, he takes his walker. Even that, he is not totally comfortable with. He would rather take a walking stick. He has had a couple of falls while trying to do that. So, he is down to his walker.

But that also means he can’t walk for too long a distance. If he ever goes out, he walks for about thirty yards and sits on a culvert. He does not have the strength to go to the old spot in a park where he and about half a dozen elderly folks used to get together every evening.

Two evenings back, over his protestations, my brother and I took him out in his wheelchair. After having “foochka”s, we then pushed him to that old spot in the park. It appeared that he had a great half an hour there with some of his old friends who had showed up. He also learnt about some others who are no more.

As we set his wheelchair off the brakes to bring him back, he introduced us to his friends – “Eti aamar chhoto chhele aar eti aamar boro chhele”. He could have stopped after introducing us as his younger and elder son. But no! Pointing to me, he said “Kaal choley jaabey” (He is going to leave tomorrow). The only reason to mention that was to build up to his next statement – something that he is apparently very proud of “America-y thaakey”. (He lives in the US).

That statement he invariably mentions to everybody has always made me cringe. It is a very fine line between showing pride and showing off. Over the years, I have just learnt how not to react to it anymore.

I was too preoccupied anyways with the thought of how we take self-independence for granted and how our lifestyle quality dramatically turns for the worse as age starts taking that away bit by bit. 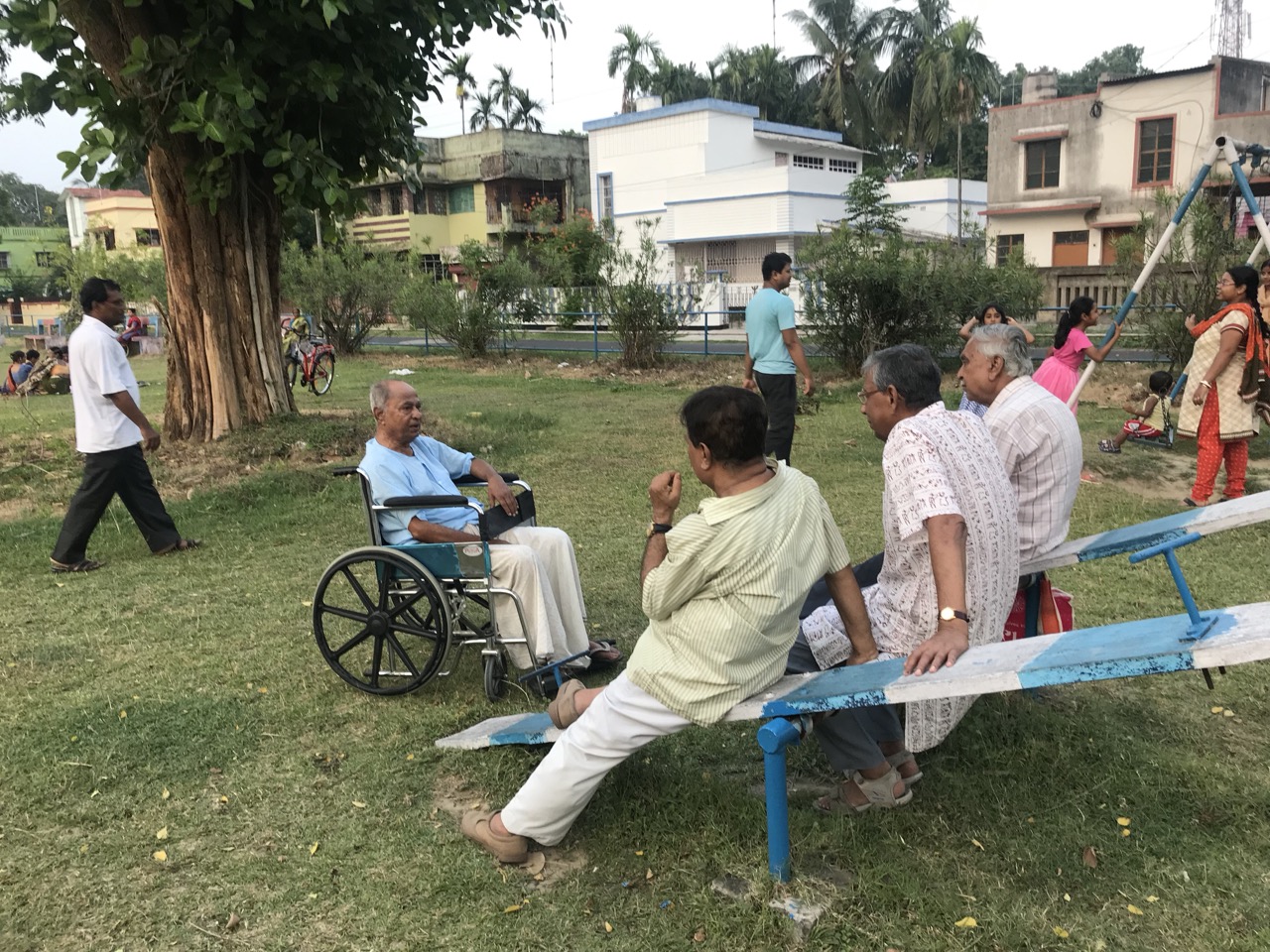