In the end, it did not end as planned…

Turns out my dad did get in a car to head towards the resort where we were going to all get together as a family. But once I landed in Kolkata airport, I got the news from my brother that I was very afraid of. My dad fell ill after an hour and started throwing up. The decision was taken to not take any more chances and the car turned around to get him back home. All this happened when I was in flight. The good news was that he was very stable after reaching home. The bad news was that if the logistics of his journey was set up differently, this would not have happened at all. Well, we were where we were.

Here came the next complication. You see, we had planned a big surprise for my dad. To go back to his life history, after he left tilling land in his village and moved to Durgapur to join an upcoming steel factory (the one move that put the three of us siblings on a completely different life path), he had then tried to convince other folks from his village to get out of farming and go get a job in an industry. Two that he had succeeded with were my mother’s brother and one of his cousins. I traditionally have called them “Mama” and “Kaka”.

They too moved to Durgapur and started their family there. In the process they got their families on a different arc of financial stability too. And they have been forever thankful to my dad about that. They would always show up at her house and help my dad and mom with a small thing here and a small thing there. In fact, I grew fairly close to my “mama” and his family. He had a big part in my life – from rushing me to the hospital when I came down with typhoid to teaching me how to tie a tie when I had my first job interview. He also was the one who got me interested in math early on by giving me math problems to solve for. My “kaka” lived a little further away and we saw him more on a weekly basis rather than multiple times a week. I remember looking forward to his trips because of his quick, funny quips and the constant supply of logic puzzles he used to have.

After my father suffered his stroke in Sep 2017, during his recovery period, one of the first memories that came back to him was these two uncles. He would repeatedly talk about how much he helped them and how much they helped him back and that that was what being a family meant. He would repeat the same thing over and over again. Looking back, while that part of his memory got restored early, the rest of the brain was still damaged and he had no idea that he had just mentioned the same thing a minute back.

Regardless, those two uncles were his source of pride always. First, they joined him in his call to give up on tiling land. And second, he had helped them get a job. On the other hand, he also was very happy how much he could depend on them whenever he needed some help. He always referred to them as his right arm and left arm.

Back to Sunday. So, the idea was to get those two uncles (and aunts) to come to the resort and spend a couple of days with my dad. We figured he would have a blast. It was not an easy journey for either of the uncles – one of who is a cancer survivor and the other has had some serious nerve damages (and actually cannot speak fully well due to a botched surgery).

Anyways, the best news of the day after I landed was that my dad was stable and normal once he went back home. The quick decision from me was to proceed with the vacation as planned sans my parents. As much as it hurt that I would not see him with my uncles, it was no less a trip for me to spend time with the two uncles myself. While I have kept up with them and their families over the phone and visit them fairly often during my trips to India, this was the first time – after early childhood – that I would get them for some quality time.

And then there was the next generation. For the nephews and the niece, they were literally having hourly countdown to the trip. It would have been devastating for them to cancel the trip.

So, well, we went ahead and pointed all the cars to the resort.

Looking back, it was simply a blast. I will put more pictures soon. But to get a couple of days to sit down and say Thank You to folks who helped you and your siblings in the formative stages of life was invaluable. To do that while similarly creating memorable moments for the next generation at the same time? Now, that was priceless. 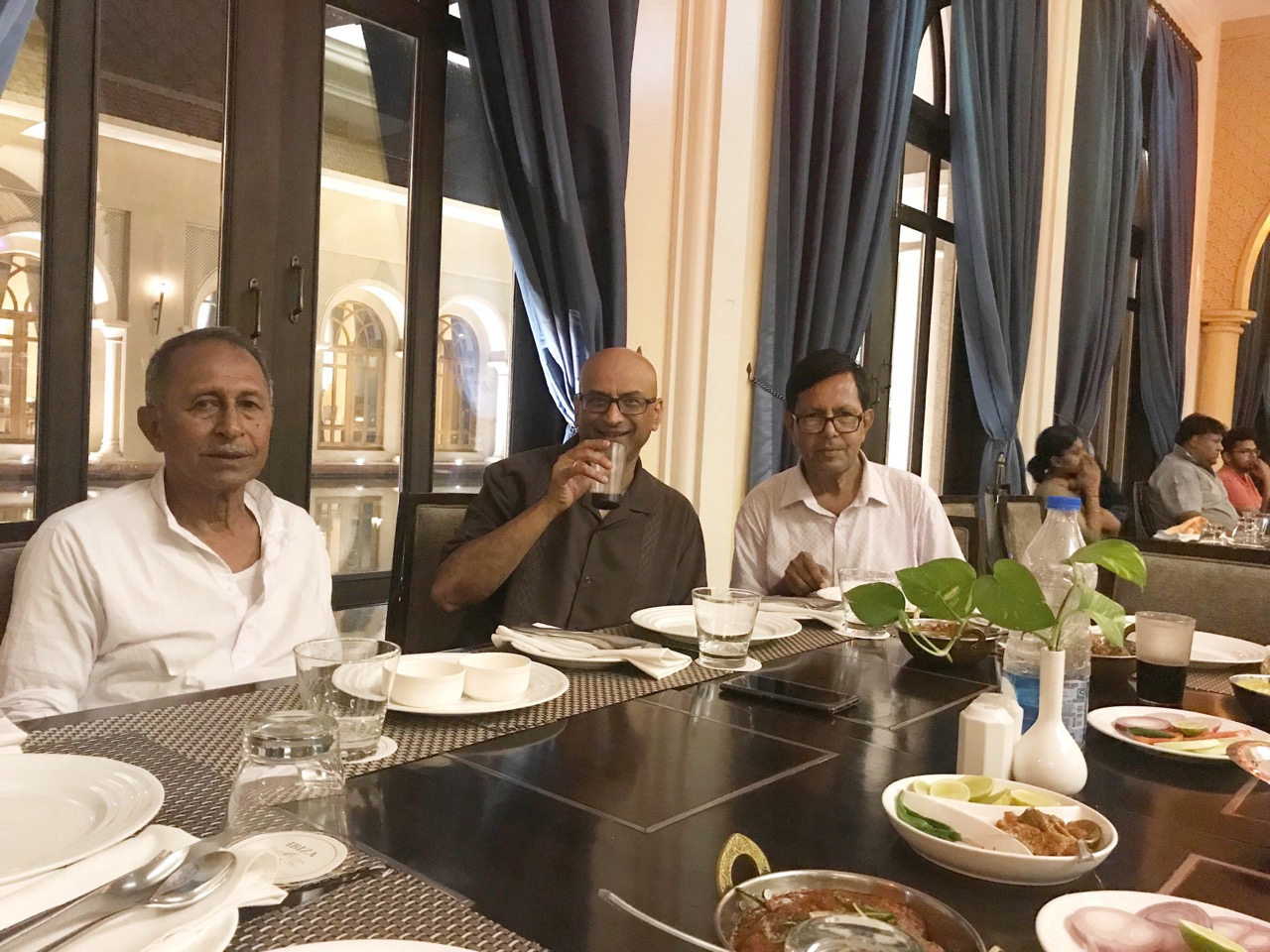