The ingenuity of my niece!

Back to hauling myself to the other side of the world to spend a couple of days with my parents. This time there is some suspense in the air because some well laid plans can come to nought if my father changes his mind. And he has done this to us once before.

For the last few trips, I have been trying to convince him to come out and stay in a resort for a couple of days instead of being cooped up in his room all the time. He has steadfastly refused so far. “Tora ghurey aay” (You guys go ahead) has been his common refrain. Which is somewhat unfair to my mom – who is consumed by her care taking role and never gets a break.

This time, I tried a different route. Not totally above a Machiavellian streak here and there, I decided to try to appeal to him thru my niece and nephews. I called up my niece a month back and let her know that I will take her out for a vacation if she can convince my dad to come with us. Then next day, I called up my nephews and told them the same thing.

Apparently, I did not need to (call my nephews). I was underestimating my niece’s wily ways. I understand that evening she went and told my dad that he has no option but to come with her. My dad had asked where was she thinking of going. She had feigned complete innocence and said that she would convince me to take the family for a trip when I land up in India next. My father, mistaking it to be a far fetched plan, dismissed her by saying – “Sure! I will come.”

That morning there was a WhatsApp message from her waiting for me declaring that she had succeeded. Somewhat incredulous, I reminded her how he had changed his mind once before and we had to cancel the whole trip at the last moment. Had she thought thru that?

“I will fix it”, was the response.

Next morning, there was another WhatsApp message with some images of handwritten notes. I had to save the images and expand them to read them. They were hilarious and at the same time reflected upon my niece’s determination. Not sure whether you can read the notes … but she had written up a declaration that my parents have consented to go for a trip with us and that it was an irrevocable agreement. To give that declaration some heft, she even put an official looking name to it – “Enjoy Vacation Tour Society Ltd”, it seems! Love that “Limited” bit at the end. Why take any more liability than is necessary?

She got my mom to sign it and then faced the next problem. You see, after my dad’s brain stroke, his right side was totally paralyzed. He has gained some strength back but certainly does not have the dexterity to write. Or sign, for that matter! No problems!! My niece put ink all over his thumb and got him to put a thumbprint on the declaration!

It probably has not escaped your sharp eyes that she put three names as organizers. Herself first, of course. And she has given herself the designation of “Secretary”. Which is only fair, I think. Then she put my name with an even further elevated title – “Chairman”! So far so good. She put my younger brother’s name too in the end. Even she was aware that without my brother, nothing will happen. In our family – he is always the person on the ground getting things done. In trips like this, he is the one calling up all resorts, doing some hard negotiations on rates, arranging for transports for everybody, meal plans and all that. We simply show up and have fun.

But I am sure even he was not ready for the title he got – “Travel Agent”. I had to pick myself up from the floor laughing away to glory before I could call my brother and let him know about his new founded designation. From his reaction over the phone, I figured he was rolling on the floor too!!

We are 36 hours away from knowing if my dad has reneged on the deal. In fact, to take no chances, I am not even going to his place to see him. I am sure he will say “Ei to dekha hoye gelo. Tora ghurey day”. (He will claim he was looking forward to seeing me. That being done, there was no need for him to join us). I am going straight to the resort from the airport where he is supposed to show up.

Unless he changes his mind. 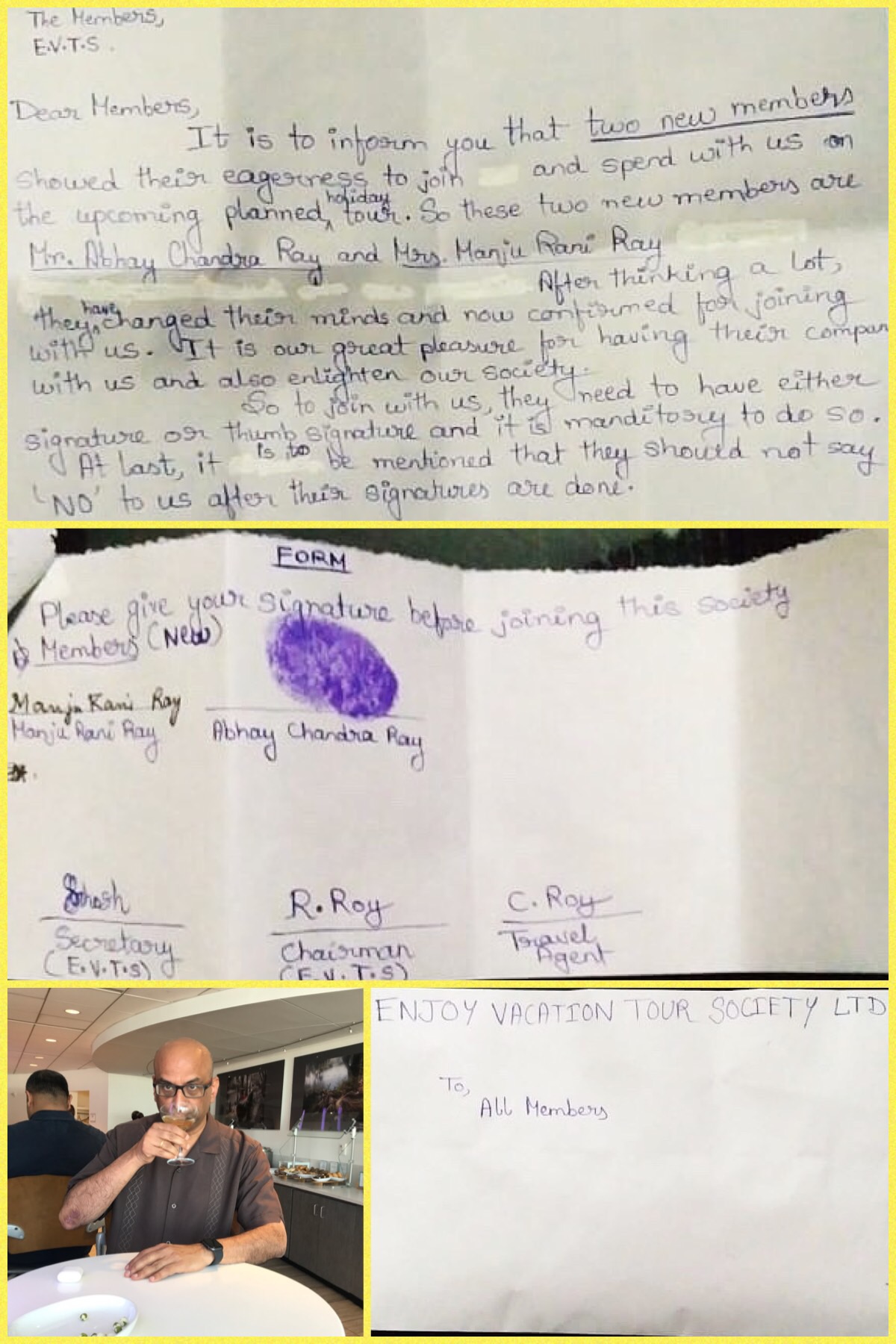