If not for the star button in that elevator panel…

I dropped my bags in the office in San Francisco where I was to have some meetings and rushed out to find a Fed Ex drop location to send Natasha some paperwork. At the elevator bank, after pressing “1” on the panel, I waited patiently for the elevator to show up. The elevator panel was pretty interesting. It looked almost like a big telephone keypad – complete with a “*” sign and a “#” sign! There was a large printed notice above it saying “Press 1 to go to the ground floor”. Which, I had duly followed.

“Which floor are you going to?”, I asked without any other fair warning to the gentleman.
“Ground floor”.
Now that piqued my interest. Why did he not follow instructions?
“Why did you press the * key?”
“That takes you to the ground floor”
“But there is a clear sign there saying you are supposed to press 1”
“Yeah, I just try to put some variations in life”

That was an interesting take!!

I have to admit that for somebody who should know most last names from India, I had not heard that one before.

We were enjoying the conversation – so he decided to accompany me to the FedEx stop and I offered to walk with him to grab his lunch and then we would both walk back to office.

“So, where did you grow up?” (No points for guessing that I was trying to find some common connections)
“Atlanta area”.
“Really? Where in Atlanta?”
“Alpharetta area.”
“Where in Alpharetta?”

He looked funny at me – “Do you know Alpharetta?”
“Yeah, I have some working knowledge”
“Milton area”
“Where in Milton?”

He was not sure how to answer. So, I asked “Which road?”
“It is called New Providence”
“How far from that funky intersection with Birmingham Hwy?”
“Well, they have made a round about there now. WAIT A MINUTE. How do you know that much detail?”
“You are not going to believe this – but I live a stone’s throw away from that intersection”
“No way. So do my parents”.
“I figured!”.
“This is unbelievable”

There is some truth to that. I live in a very rural setting – dirt road, water from well, septic tank, dense forests, internet over phone line and all that. You are more likely to know a horse from around my area than any human beings!! It was just incredible luck that I had run into a young person in an elevator in down town San Francisco from my area.

“So, you went to Milton High?”
“Yes, I did!”
“Well, then I have another surprise for you.”
“What?” Lucky was still trying to get over the fact that I was not trying to pull wool over his eyes. He was even more intrigued that our motorbike team rides every weekend right in front of his dad’s place.
“Wait. I need to introduce you to somebody”

Eventually, we went back to the office. Took Lucky straight to the room where I had dropped my bag. Graham – my friend and the CFO of our company – was there too giving finishing touches to our Board presentation.

“Graham, this is Lucky. Lucky, this is Graham”.
A few pleasantries later….
“Graham, you remember that high school your wife Emily went to?”
“Milton High. Why?”
“Well, Lucky went to the same high school”
“No Way!”
“Yes Way”
“No”
“Yes”

You can only imagine the confusion Lucky was going thru. I explained to him – “See Lucky, a few months back, I was in Atlanta and Graham was in Philadelphia. I was trying to convince him to join a company in Chicago that was bought by your firm in San Francisco. During that conversation, I had found out that his wife went to – of all possible places in this country – to the high school down the road from me. Turns out that is where you went too!!”

This was certainly getting overwhelming for Lucky. I would not blame him. Again, we live in a very rural setting.

“So, which year did your wife go to Milton High?”
Turns out she was a couple of years senior to Lucky.
Then Graham had a thought – “Do you know Ben Jackson”?
“You mean this guy?” – Lucky asked after fishing out his phone from his pocket and pulling up a picture on Facebook.
“Yes. That is my brother in law!”
“He is my classmate, for crying out loud!!!”

The circle was complete, by now.
Here was a guy who lived in Philly that moved to Chicago to join the company I was joining from Alanta – and we were put in touch by the investor firm in San Francisco – realizing that I had run into his brother-in-law’s classmate in high school in the elevator! 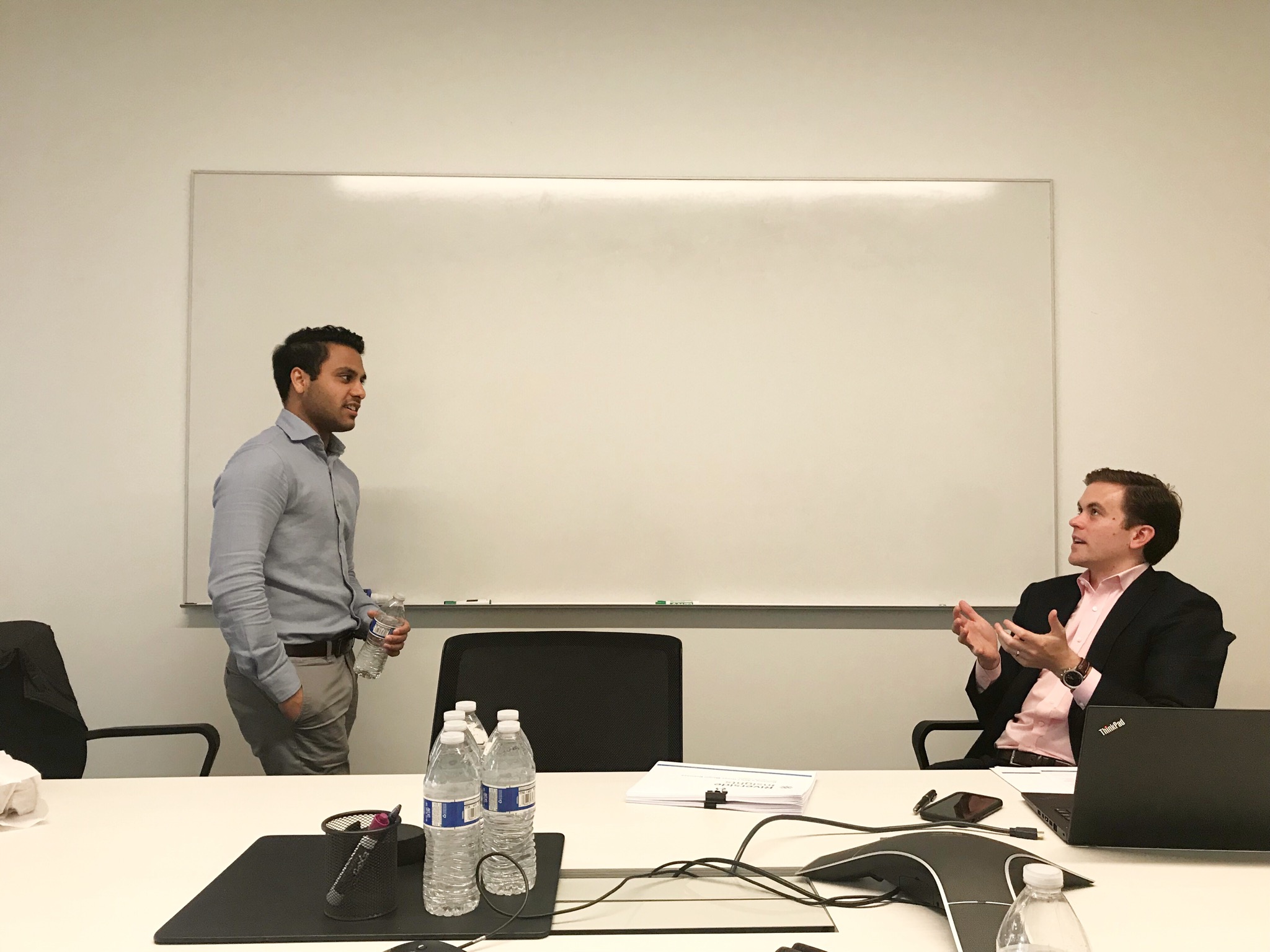 Posted May 17, 2019 by Rajib Roy in category "Intersection Points