It was nearly one and a half years back, I had met Rachel. I remember being very hungry after some office meetings and finding the one place nearby that was still open. Except, their kitchen was closed. But Rachel – who was working at the bar – was able to go inside and arrange for some onion rings and fries. Anand, remember?

I also remember about the advise she had for my daughters – “do not marry early” and her life aspirations about being a psychiatrist.

Last week, during my trip to Wisconsin, found out where she works now and then was able to catch up with her. She remains as energetic and reflective on life as ever. I think her aspiration to be a psychiatrist has worn off a bit – given how much fun she is having in her job now. Which is a pity – in my current job, we hire psychiatrists!!

This time, our topic was discussion was about bringing up kids. And also about her cousin that I found on Facebook (because she left a comment on my previous post) who is married to a Bengali!!! Further, found out that her boy friend is into Honda motorbikes like me!!

It was good seeing you again Rachel ! 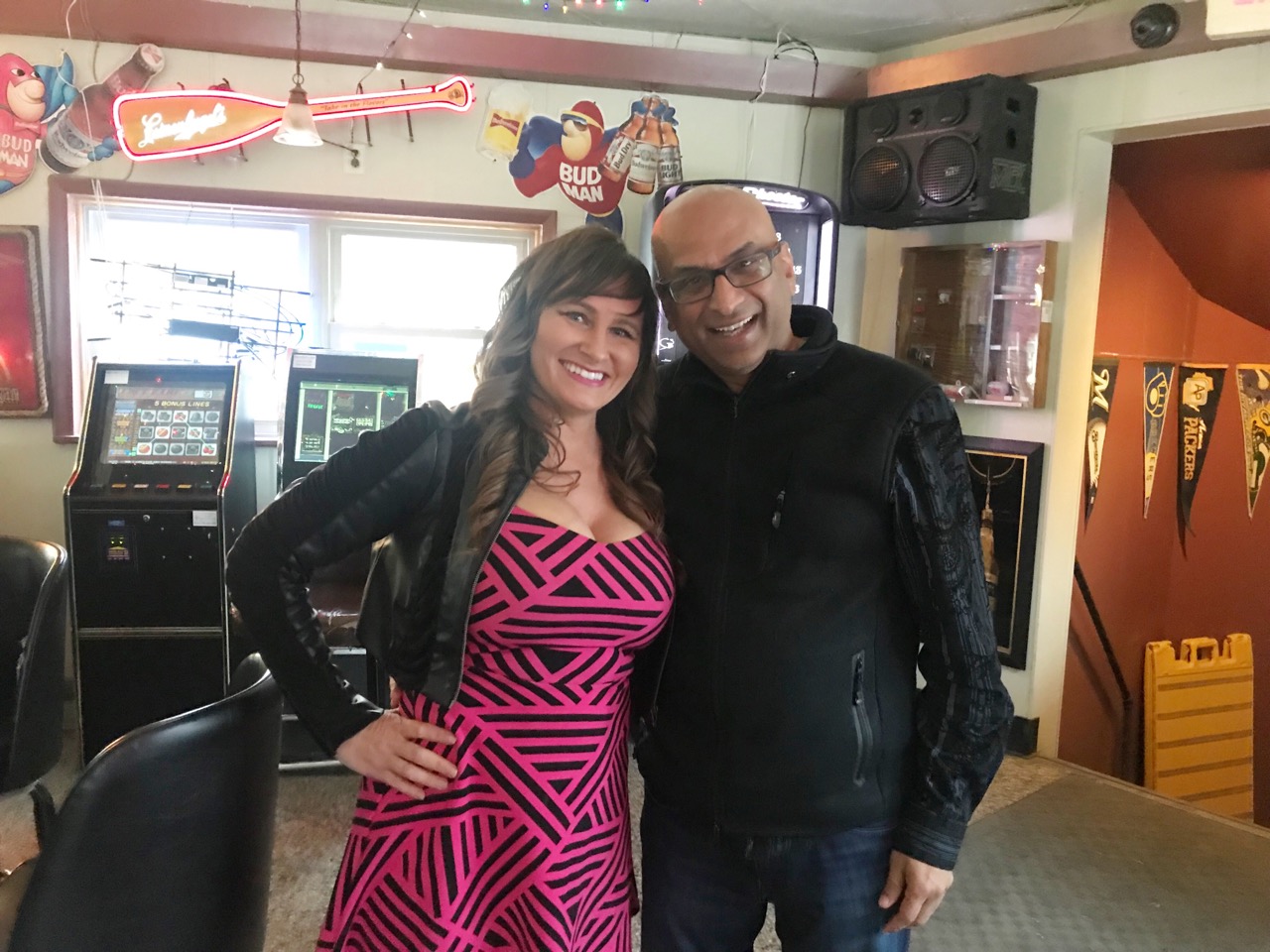 Posted May 16, 2019 by Rajib Roy in category "Intersection Points