This was a far more relaxed meeting!!

I had not seen Giselle in about 12 years. In fact, the last time I saw her in her office in HSBC was the only time I had or have ever met her. It was not a very relaxed environment for either of us that day. She was my customer. She had to inform me that I was fired. Well, not personally but the business I ran. That was a tough meeting. Not just because nobody likes losing. It was also my personal pride in our products that was hurt. And that is the irony in business life – we tend to have a parent-like protective pride in products we own – that need not be reflective of market perception.

You would think that is where our relationship would have ended – first and only meeting. Then again, there is a reason my wife calls me quirky. I kept up with her thru emails first – just to enquire how she and her business was doing. Then I was able to gain her confidence enough to share her birthday with me.

That established a time tested way of keeping in touch with her – even if only once a year. For whatever reason, she always had a genuine interest in what was happening to me, my family, my career and all those stupid things I do. A few weeks back, during our annual call, I realized that she was going to be in Chicago for a family event this week.

After wrapping up all meetings on Wednesday, I hightailed it to Chicago downtown. Brimming in confidence that she had nothing to fire me about 🙂

When a meeting goes for double the time that you had agreed to, you can only imagine how much we must have enjoyed our conversations. I learned more about Porsches than I ever probably knew was there to learn. Giselle races Porsches and I was simply in awe of her knowledge of mechanical engineering and how a car engine works. In fact, as she talked about how to get the car to pivot the weight to the front tires and control the rear wheel swing at tight corners, I was having flashbacks of my motorbike riding lessons that I am still learning myself.

But the best part was learning about sailing. For all the interest I have in motor boats, I learnt the physics from her about what makes a sailing boat more stable than a motor boat and why a lake is more dangerous than the ocean for sail boats. Have you ever heard of “square waves”? She might have just piqued enough interest in me that I will put sailing in my bucket list. The most reassuring part was that she can’t swim much and hates getting in the water. That makes two of us. Shubu, you might have to stat giving me some Sailing 101 lessons. Avi, are you listening?

That was an inspiring story. Specially for somebody who got out of Cuba at the age of five and landed in New York. And then had to abandon the city since the cold weather got her into a lot of physical issues. The career track she has built for herself is a fascinating story. She has worked in more states in this country than I have probably visited. And she worked for Edsel Ford Jr !!

I met somebody that lives by what is my target for life mantra – except that she has already reached there – “Be different. Make a difference.” 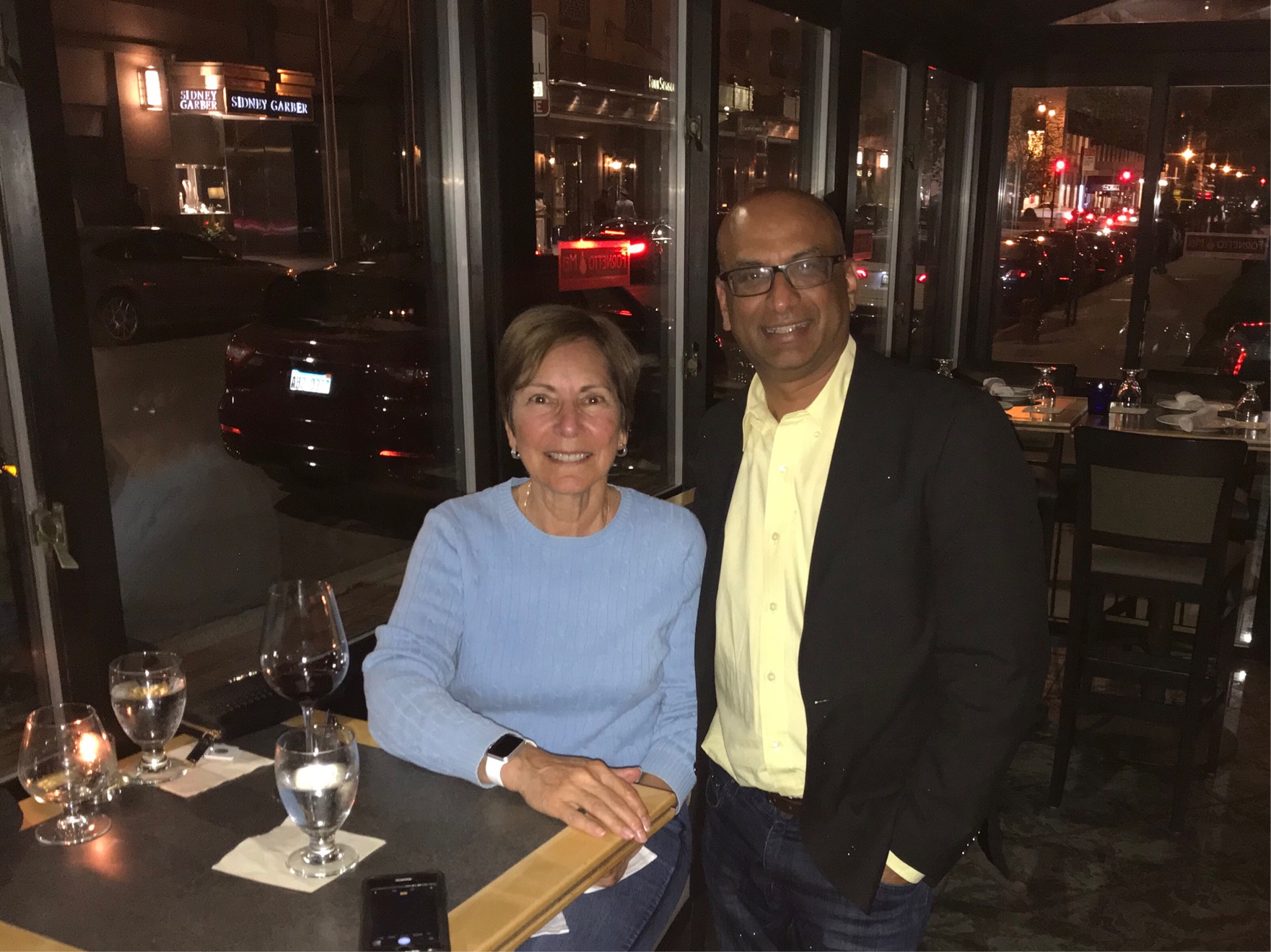 Posted May 10, 2019 by Rajib Roy in category "Intersection Points