John, Tej and myself went around aimlessly on our bikes thru backroads and country roads in northern Georgia. Eventually, we landed up at Pelican Pete by Lake Lanier to grab a lunch. As we were having lunch, it started raining. Which kind of got us grounded till the rain Gods would co-operate.

The “Woodys” – husband wife team that was singing there saw our plight and announced on the mic – “We are now going to do an anti-rain song for the motorcycle dudes so that they can keep the shiny side up and the rubbery side down!” And they went on to sing a song. I do not listen to any English music – so I have no idea what they sang.

But sure enough, in the middle of the song, the rains held up – much to amusement of all the lunch-goers there. And did not come back. Made our ride back so much more enjoyable!!! 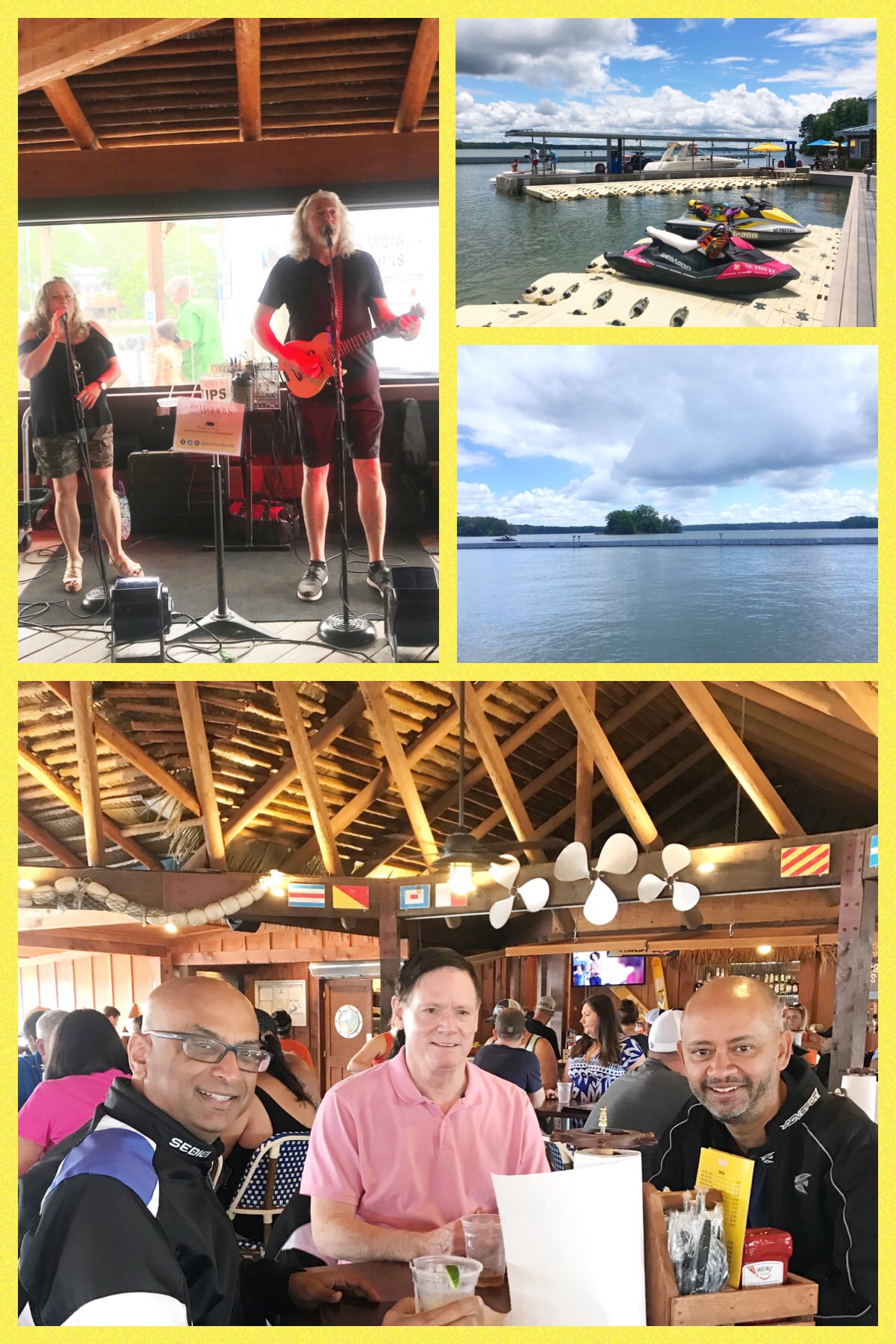 Posted May 5, 2019 by Rajib Roy in category "Motorbiking