“So, you saw your birth father for the first time in your life?”, I asked
“Yes”, she replied.
“And he was living near you all this time?”
“Yes!”

It was September 2016 when Julio and I had met Paula at the Blind Horse in Sheboygan. She had made one of the best Sazeracs I had had, I remember. That evening as we got to know her, we found out that she was left by her birth mom when she was a few days old. Her wonderful adoptive parents had raised her. Her (adoptive) parents had adopted a brother for her too – who incidentally is married to an adopted girl from India! That day I had asked her if she had any interest in finding out her lineage and about her birth parents. She let me know quickly that she had no interest. (More about that day here: http://www.rajibroy.com/?p=11717)

About a year later, Julio and I were in Wisconsin for a meeting. We were at a resort by Lake Elkhart and guess who had switched jobs to the bar of that resort? There were two parts of the conversation from that day I still remember. First, she had a second daughter a few months back and I had promised to come back and see the baby some time. And that she was warming up to finding out about her lineage. (More about that day here: http://www.rajibroy.com/?p=14517)

We had kept up thru Facebook and she had kept me apprised of her progress with the project to find her birth parents.

“Paula, start from the beginning. You had approached ancestry.com, right?” I asked her as we settled down for coffee at a coffee place near Milwaukee between my business meetings.
“Yes. They did the full DNA analysis”. She then showed me the report they sent her about the various mix of bloods she has.
“I am basically a human mutt!”, she said laughing!
“That is funny! Then what happened?”

“Much later, I got a call from a lady. She told me that she found me on ancestry.com. And she thought she knew me.”
“Were you excited?”
“I was not sure how I felt. Anyways, she gave me a few details from my first few days. That absolutely matched what the orphanage had told me. She then said that she knew my mom and dad. And that she was my aunt. My birth father’s sister. She then said – let me send you your mom’s high school pictures. You two look exactly the same.”
Saying so, Paula pulled out her mom’s pictures from her phone. I have to admit, they looked remarkable similar.

Apparently, that was how Paula got to know her family from the birth dad side.

“Did your dad tell you anything about your mom?”
“Yes, they were both 15 when my mom had me. Her parents kicked her out of their house when they found out she was pregnant. After my birth, she gave me up at an orphanage and my dad and mom split and went their own ways.”

“Wow! What a story!! Where did the story lead to on your mom’s side?”
“My dad gave me my mom’s name. I searched for her a lot and then found her out in Facebook”.
“You too? You will be amazed how many of my own searches found closure in Facebook. In any case, back to your story…”
“From the pictures in Facebook you can see the similarity to her younger pictures”
“Did you reach out to her?”
“Yes. I messaged her who I was. And that I wanted her to know that I am happy. I am not reaching out for any particular reason.”
“Did she reach back?”
“No. She blocked me.”
“She blocked you????”
“Yes, she blocked me!”

After a few seconds, I asked her “And how did that make you feel?”
“I was okay. I do not know what life she lives. Plus my mom is my real mom.”
It took me a second to realize what she was saying. Then it dawned upon me – she was talking about her adoptive mom. I had completely forgotten about that wonderful lady.

The rest of the time was spent talking about the new job she was going to start soon and playing with her younger daughter. That was an old promise kept – to come and see her daughter. 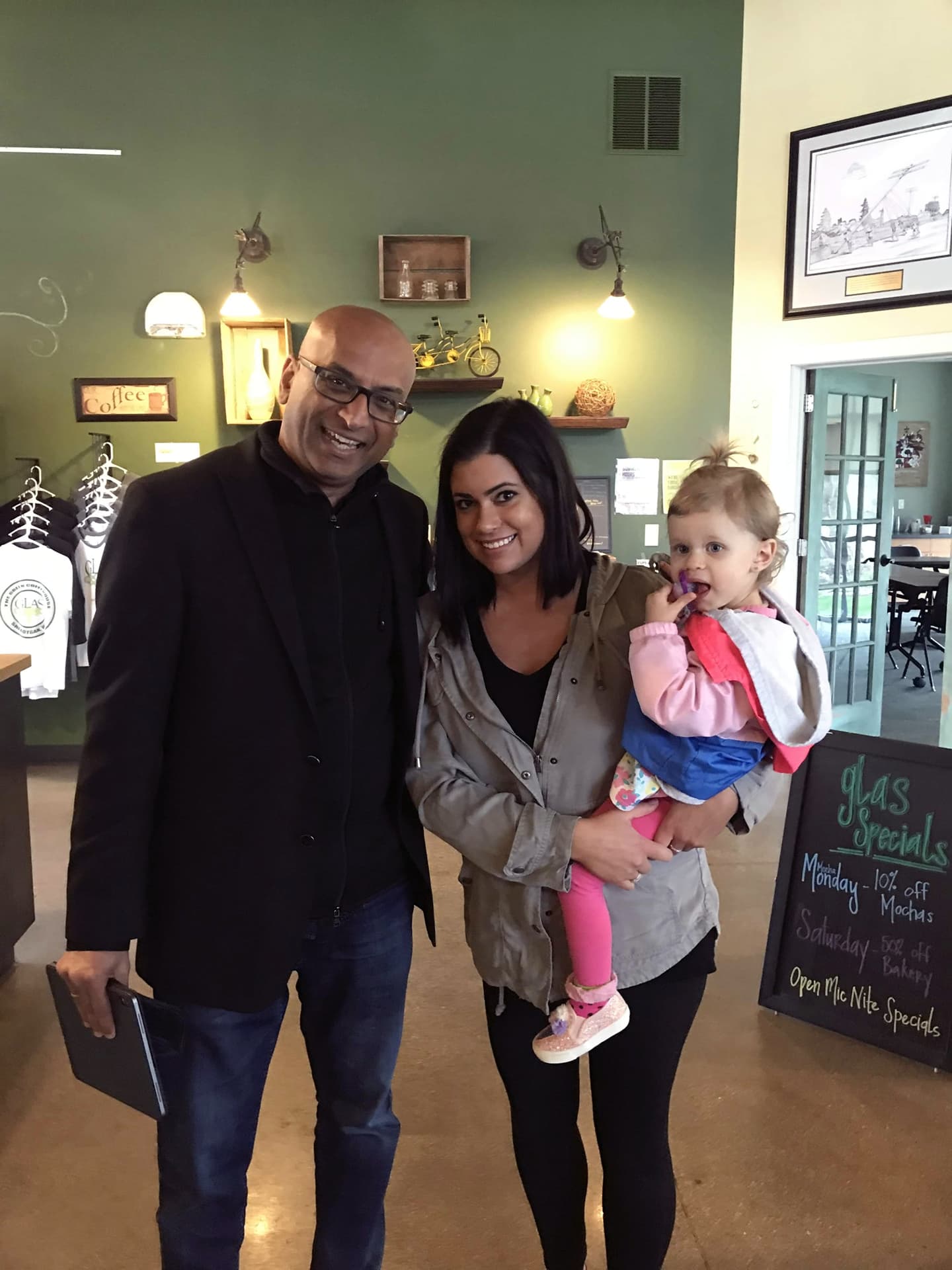 Posted May 5, 2019 by Rajib Roy in category "Intersection Points