What am I doing wrong with this puzzle?

Remember the puzzle I posted last Saturday? https://www.rajibroy.com/?p=18817 The real problem in the book “The Riddler” (thank you Matt Moore for giving me that book) had 7 in the team – not 3. And the answer the book has 7/8. I am getting a far better probability. What am I doing wrong?

The problem, to remind ourselves is – randomly a black or white hat will be put on each of 7 of us. We cannot see our own color but we can see everybody else’s color. When called upon to guess our own color, we can call Black or White or we can say Pass. If one calls Black or White and is right, then the whole team wins. If it is wrong, then the whole team loses. However, if Pass is called, another person in random is asked to guess the color on their head. If everybody Passes then the whole team loses. What is the strategy to maximize the chance to win and what is that probability?

I am attaching the answer in the book which comes to 7/8 (using XOR logic).

My answer is the following:
The first person : If he sees the same color on the other six, he randomly calls a number. Else he says Pass.

The third person : uses the same logic. If the rest four have the same color, simply call the opposite color. Else say Pass.

This will go recursively and somebody is guaranteed to get the right answer. (In the absolute extreme case, The fifth person will call Pass – which is telling the sixth and seventh person – “Hey you two have different colors” and the sixth person can see the seventh person’s hat color….)

So independent of how many original players were there, there are only 2 cases the team loses – when the first person saw everybody else having the same color (all white or all black) and his random guess of his own color turned out to be wrong.

What am I doing wrong? 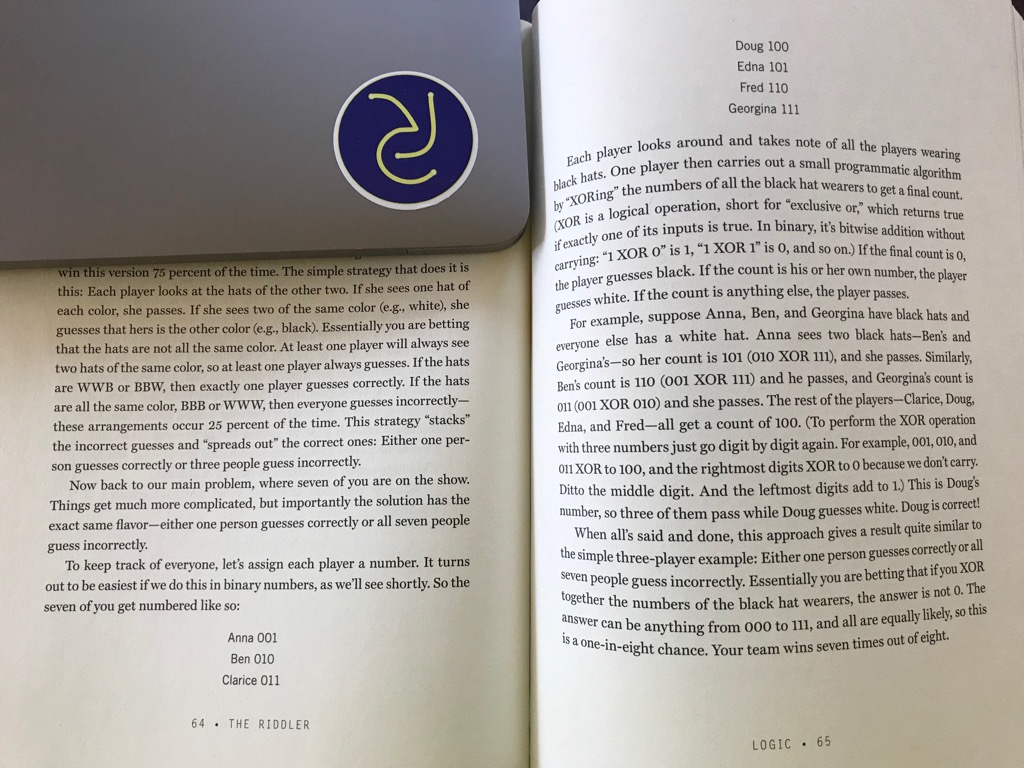