It was the second day of the conference I was attending in Orlando. I knew I was in a conference since my pedometer was clocking 20,000 steps every day. (Well, either that or New York city).

In any case, I was milling thru the booths in the exhibition floor talking to the companies that had come there when I suddenly heard my name being yelled out from behind. Now, as a background, I joined a new job six months back and this is a completely new industry for me. There is nobody from my past that I can think of that is now in the same industry that I would expect to run into in a conference.

But there was Arthur Altman! Thanks to Facebook, he had recognized me straightaway. Then again, there was not another shaved head Indian in the whole conference either.

Fancy meeting Arthur in Orlando! We got to know each other i2! That was in 1995 in Dallas. We worked together for a few years – even had a common boss for some time and then split in the early 2000s. The last time I saw Arthur was about 15 years back or so.

After that, it has been those annual chats during my birthday calls. And then finally, yesterday I ran into him!!

We caught up over drinks about our old company, some of our old friends from work as well as his family.

Arthur still is – as he always was – bubbling with energy, full of ideas and always quick on the draw. It is like nothing has changed at all. Well, the beard has decidedly grown longer. There is always that 🙂 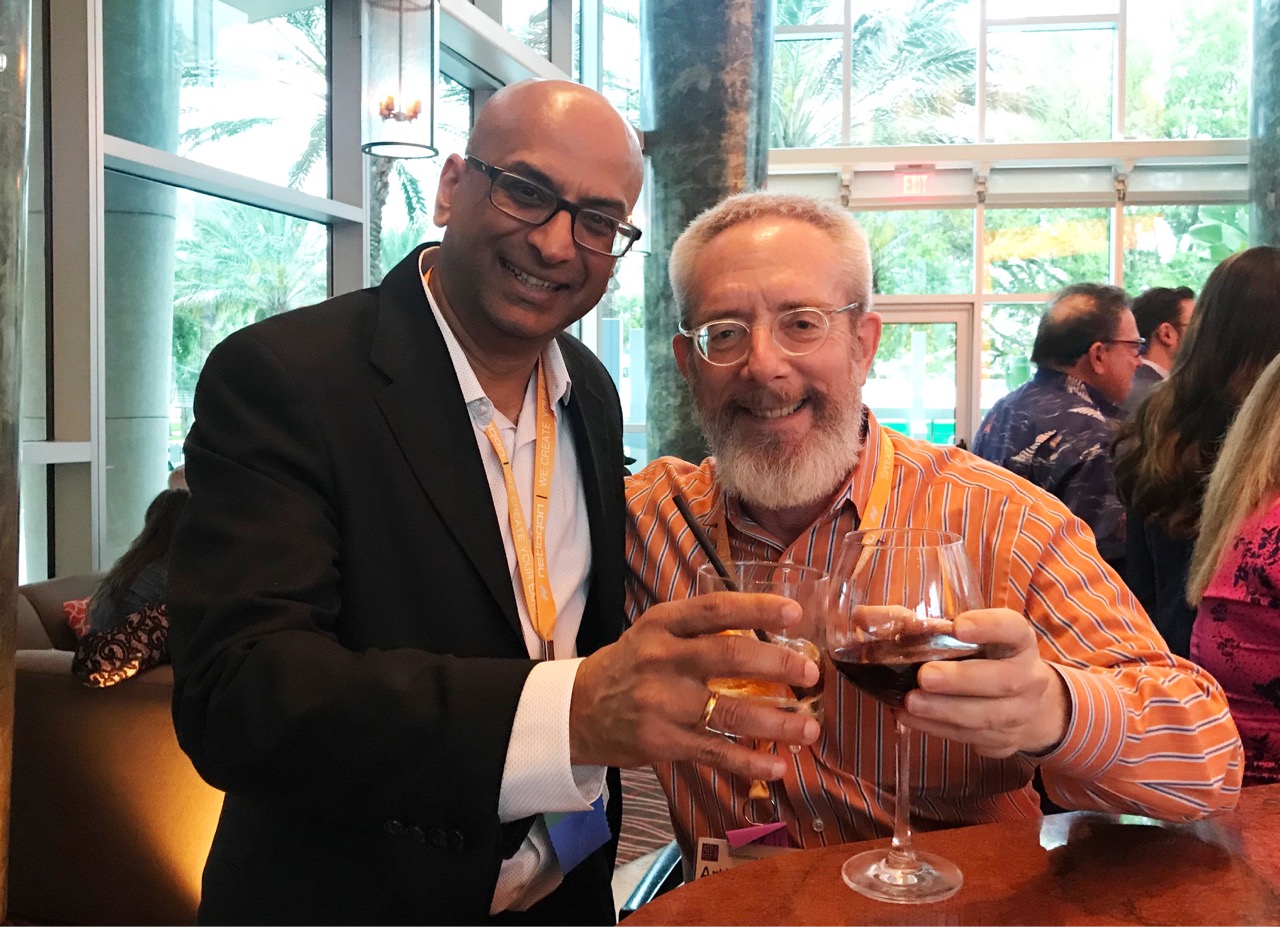