Two colleagues from the past…

Instead of coming to Bangalore late evening to catch my flight to US in the early hours, I decided to come earlier in the afternoon. Got myself checked into a hotel in Whitefield. Also remembered that Austin used to live in the Whitefield area. I had not seen him since he left i2 in 2004. As luck would have it, Austin had time in the evening to meet, Further, he grabbed another old friend of ours – Nathan – from the good old days of our first start up experience. (Nathan and I actually got to work in two start ups together).

After leaving i2, both of them have had illustrious careers – Austin has done organic farming and then has put in a lot of time with NGOs and Foundations (like The Gates Foundation) for social causes. Nathan has stayed true to the supply chain domain all these years.

It was inevitable that we would talk about our learnings from i2 days. We were together for over three hours talking about what went well and what did not go well from those days. What was very interesting was that our learnings themselves have changed as we have grown up. Talent was a great point of discussion. We always had a very strong – and very commonly held (amongst i2-ers anyways) – view of talent in i2. Today, I realize that our views – at least for the three of us – are far more nuanced.

We further realized that things that we look back and think we should have done differently is far easier to say today. Living at that moment, we had no other data to go by and would therefore probably make the same mistakes all over again. That said, we agreed that making the same mistake twice was probably preventable. And we believe we did make same mistakes twice.

We remembered fondly some of the really outstanding colleagues that we had a chance to work with. And some who, unfortunately, are with us no more.

It was like good old times. I used to be somewhat in awe and somewhat a little scared by the sheer amount of IQ power I was surrounded by. As one of the friends we remembered had said then – “In i2, being considered average is an accomplishment”. Like those India Palace dinner meetings. I was there last evening to bring down the average IQ level at our table. 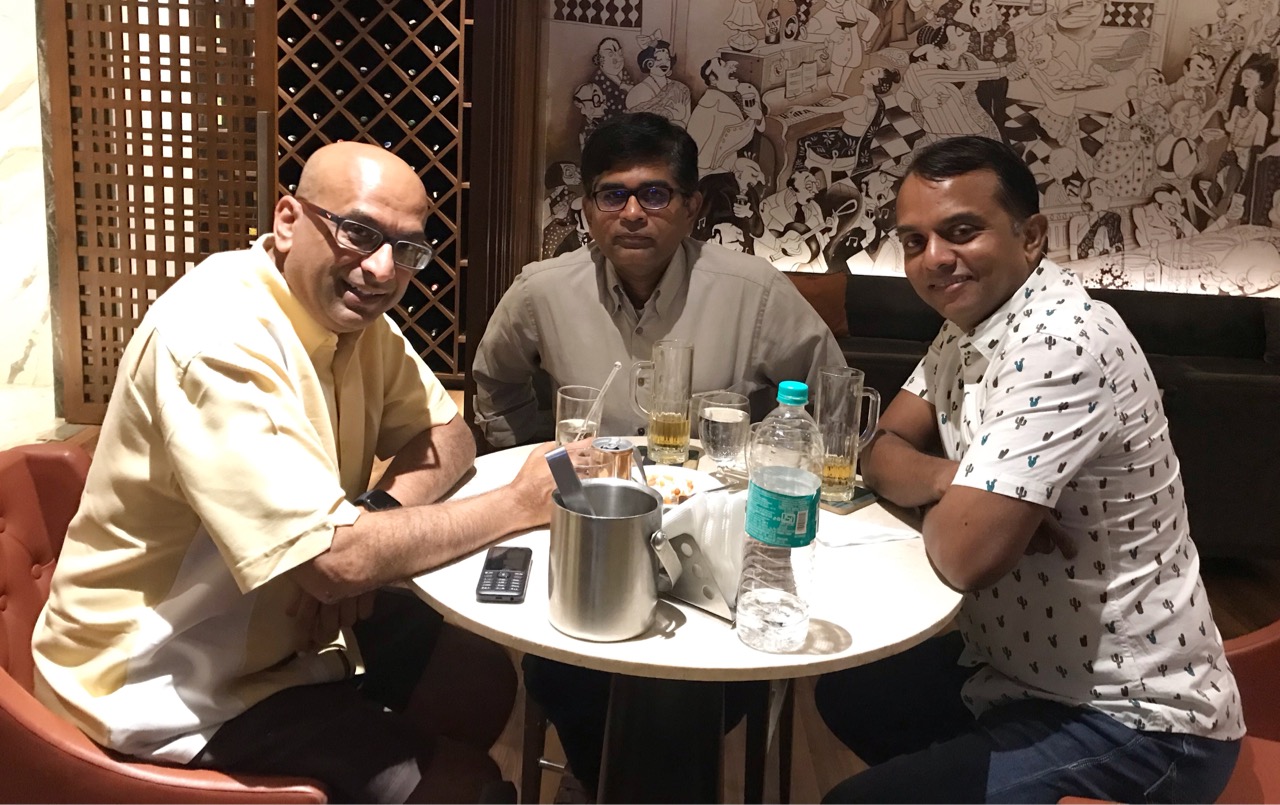