… or “Haimanti miss” as we used to call her during our ninth and tenth grades. Made a second foray into North Kolkata (in one day, that too) to meet Mrs. Sinha in her college in Shyambazar. (Maharaja Manindra Ch College). She is probably the only remaining teacher of ours who is still teaching. The journey to go to see her itself was unique. I ditched the car given the crazy traffic in north Kolkata and walked from South City Mall to Rabindra Sarovar Metro station – about 2.2km and took the Metro train (after about thirty years or more). To cap off the walking spree, after meeting her, I also walked from Shyambazar to Salt Lake City – about 3.5km – for my next meeting!

When I asked her about her life lessons – she gave me two examples. One – intriguingly – enough was something she said she learnt from a classmate of our batch – Prasant Kelkar. The story she told me would be difficult for me to narrate here without putting somebody else in a somewhat negative light. So, I am going to skip that part. But I have to say this – I was impressed by Haimanti Miss’s modesty and open mindedness to remember an incident and admit to learning from a 14 year old!!!

The second learning involved Father Gilson. Somebody who I never had a teacher for myself – but was considered by one of those unparalleled teachers one can possibly have while growing up. It involved the concept of “what is yours”. Very interesting take on the concept of ownership. The summary of the story Mrs. Sinha told me was that just because one created something does not necessarily mean one owns it. If one has a need for it too, that is fine. But if not, it belongs to others who need it.

Sitting in the cafeteria of the college (the staff room was too crowded), I picked up the life story of Mrs. Sinha, her father, her mother and all her siblings. I was also excited by some of the causes she wants to pick up to give her time after retiring at the end of this year. I am personally inspired by those causes too.

As you can see… 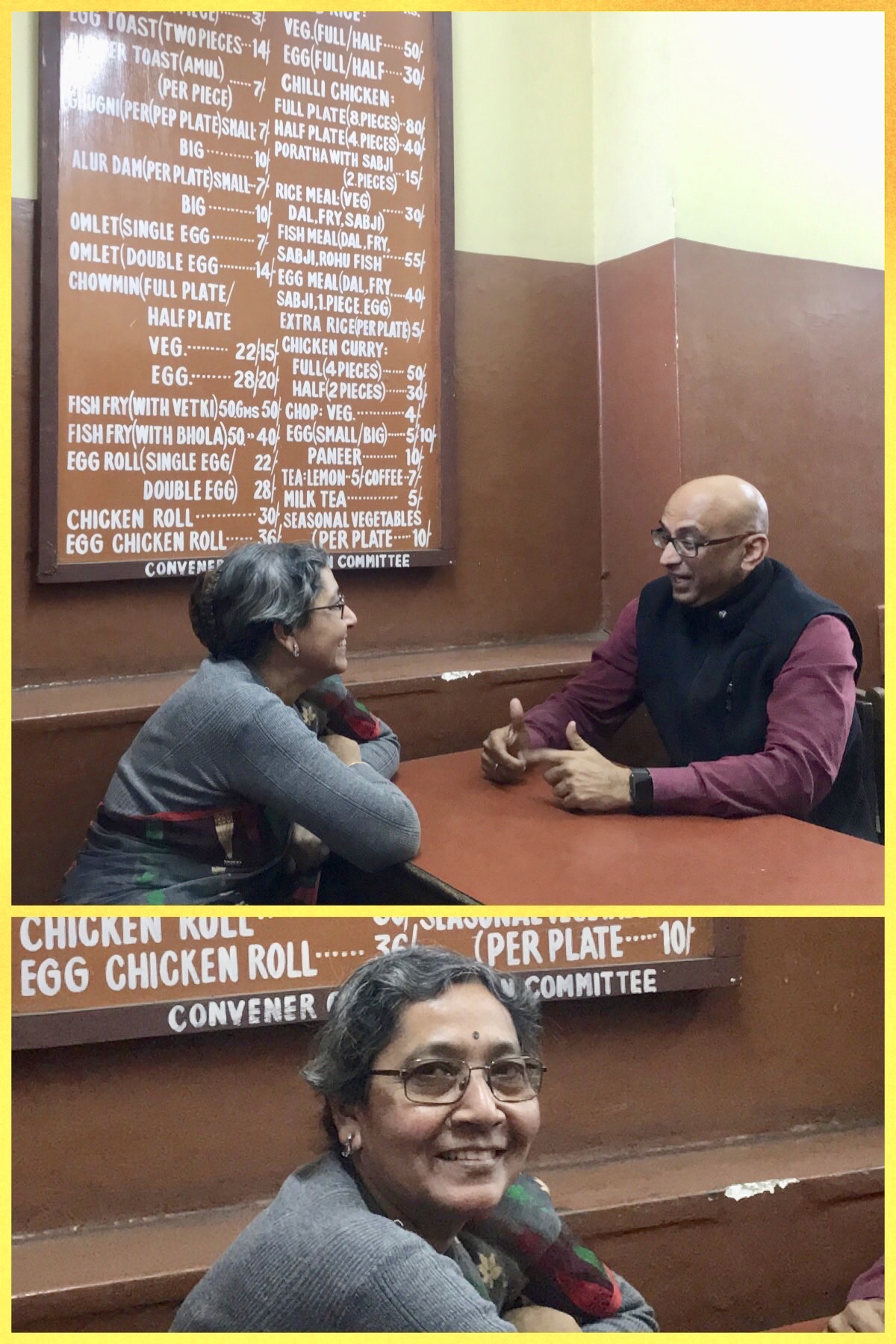