Neither Dipti nor I could recollect how we got reconnected. She was my junior in IIM-A days and after about 1992, we had lost touch. At some point of time – we got reconnected. I had told her that I would meet her in Bombay when I visit the city. There were some interesting aspects of her life that I wanted to get to know more of.

As we settled down in the coffee bar of the Courtyard in Bombay, I was the first to start – “So, I remember that you joined the same company as I was in back in 1992 but we were in different projects and locations and never met much. Other than the one training class I had taken, I believe. I left for the US the next year. What happened to you after that?”

Over a couple of hours and a couple of cups of coffee, I got to hear about her life story. The part that was most intriguing to me is that she has an adopted child. As you probably know, I think the world of people who adopt kids. Experience in volunteering at a center for physically abused kids has taught me that there are more kids than caring parents in this world.

What I did not know was that Dipti had adopted a child with learning disabilities. I was fascinated by her taking me thru how she had to retrain herself completely to be able to educate her child. It was amazing hearing her talk about specific incidents on how she had to think of communications in a different way. For all the education we had, we were never trained to deal with these kind of situations.

If that was not enough – and she is a single mom raising the child – she also is a successful entrepreneur. She founded a company and has been building the business rather successfully.

For all that responsibilities and efforts, she betrayed no sense of stress. In fact, I was a little taken aback by how calmly she has taken her challenges and worked thru them. Did I mention, she helped raise her sister’s daughter too?

I was so excited hearing about Dipti’s great strides in life that it was only after seeing her off, I realized suddenly that I had completely forgotten to take a picture of us. A few frantic calls later, she graciously agreed to turn around in that crazy Bombay traffic and came back to the hotel I was staying in.

Thank you Dipti for spending the time that evening with me and then coming back so I could keep a picture for future.

Hope to run into you again! 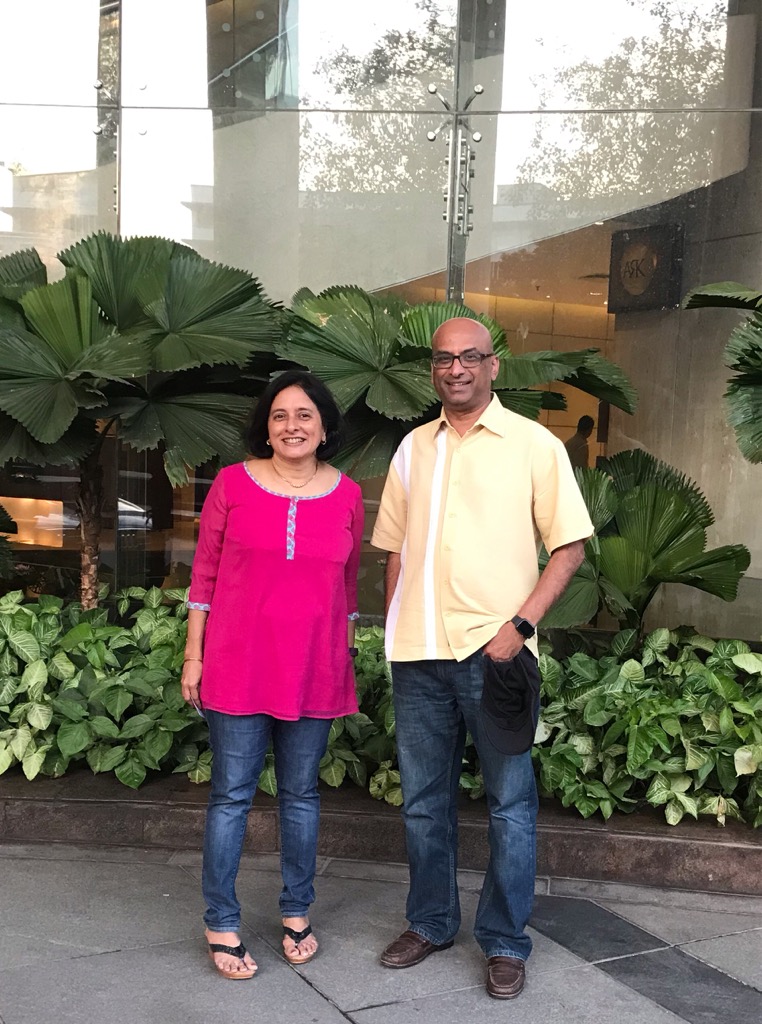