The original entrepreneur in my friend circle

Maneesh and I met each other for the first time when we found ourselves in the same project in our very first job way back in 1991 in Mumbai (then referred to as Bombay). He was one of those very sincere, very sharp in software coding and a very shy kind of person. (As an aside, he is still very sincere and super sharp in technology – maybe not as shy; but hey! two out of three counts!!)

We came to US together – again, for a common project. Citibank had shipped us to Florida in the same flight. Eventually, both of us were shipped to Dallas together. And at some point of time, I left Citi but he continued. Over the years, we have some contacts (after all, who can escape my birthday calls 🙂 ) . The thing I knew about him was that he had started a company – Sena – which was into online security. As online banking took off, Maneesh and Sena did extremely well. Eventually he sold the company. By then he had moved back to India.

Ever since, he has focused his time and effort in social entrepreneurship (something he has grown a deep liking for after getting his MBA from Stern) and investing in start up companies.

I missed Maneesh last time I was in Pune. Not this time!! In fact, he was waiting downstairs at my Bengali teacher’s building to pick me up and settle down at a coffee shop. I obviously had a lot of questions for him. I am not an entrepreneur. That bug never bit me. Ergo, I am always intrigued by people who do that. I am curious about how their brains compute the risk-return curve.

Learnt a lot from Maneesh last afternoon during our meeting for a couple of hours – specially, the ups and downs of entrepreneurship.

“What have been the key learnings in the last few years, Maneesh?”, I asked.
After a few thoughtful moments, Maneesh offered – “Probably two”.

“First,” he explained “is the important of sticking to something. You may be good at something. You may not be. You may have early successes. Or you may not. Regardless, if you continue to persevere – eventually, you are going to succeed. May not be exactly the way you thought – but you will definitely succeed”.

He even suggested that not having early success might be a boon since that tends to wean out the competitive field quickly.

“And second learning?”
“The importance of networking. Whatever it is that one tries to do in life, one cannot do by oneself alone. You always need people who can give you that extra push or get you that all-important break. You need to cultivate your network assiduously. Conversely, you should help out people who reach out to network with you. Most people start networking when they need help not before. That is a mistake”.

In other words, your network can be your net worth.

It was not all work. We wasted no time picking on our great buddies over funny incidents from the past. No point taking names – but let’s say Srini, for example 🙂 🙂

Maneesh, thank you for making time for me. I have always admired you for building your own path. But I am even more in awe of you realizing how you are spending your time today helping others! 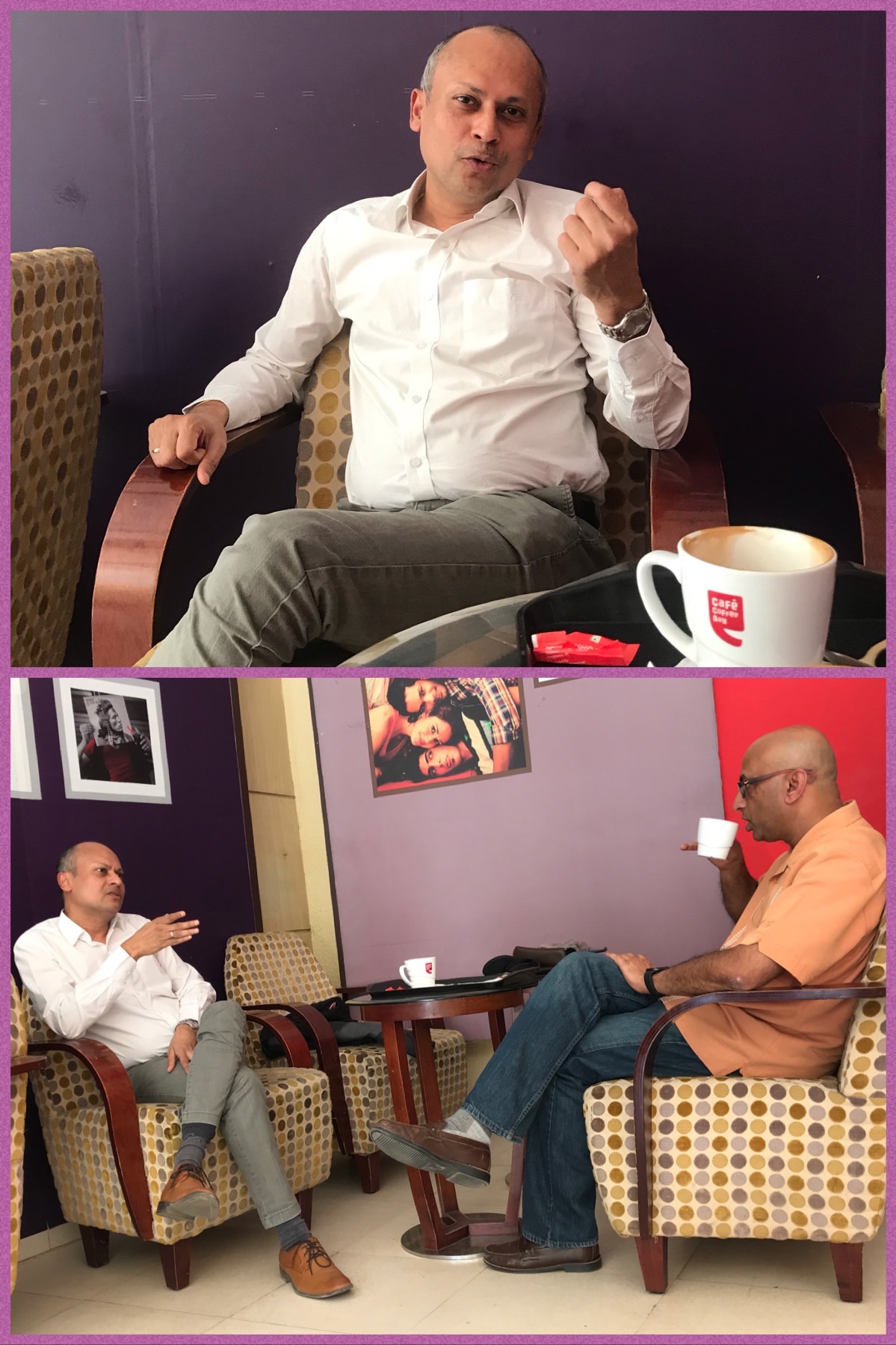