How often do you get to meet your first grade teacher?

That too 46 years later!!
I recollect it was 1973. Somewhere in the middle of the academic year, I suppose. Our favorite Bengali teacher – Mrs. Dhar – had given a class test. One of those words was “Aam” (meaning “mango” in Bengali). In my infinite wisdom, I had forgotten to put a small vertical line – thereby making it “Am” – which has no meaning in Bengali. Even I knew that! However, that ill fated missing vertical line cost me a mark and I scored 9 out of 10. I distinctly remember coming back home and facing my dad; it was – well, let’s just say an extremely unpleasant experience! I am sure I started putting extra vertical lines all over my Bengali answer sheets thereafter – because, you know, who wants to get thrashed by their dad? 🙂

Well, that spelling mistake is my first living recollection of Mrs. Dhar. I vividly remembered her visage and I also knew that she had triplets – Rinku, Minku and Tinku. (triplets were pretty uncommon in Durgapur).

I had come dangerously close to finding her a couple of years back when I had traced Rinku-di in California. I had even sent her a Facebook request explaining that I was trying to get hold of her mom. Not sure if she ever saw that but I hit a wall on that trail. Eventually, last year I found out Mrs. Dhar’s phone number. Which led to one of those awkward – “You won’t remember me – but I was your student in 1973” phone calls. I was afraid that she would take it to be a crank call. So, before she could slam the phone down on me, I threw the kitchen sink of my memories from those days at her including naming all my other teachers and exactly how the classroom roof looked (it was a crazy semicircular roof).

Having thus established by bona fide purpose, I had the chance to talk to her a couple of times more – all the time looking for a chance to go to Pune. By the way, in a complete twist of fate, I was in Pune a little over a year back to meet Mrs. Biswas – my English classroom teacher from tenth grade – from a different school. I had no idea that Mrs. Dhar was in the same city. Better yet, I never realized Mrs. Biswas was related to Mrs. Dhar. All I had to do is ask!! Go figure!!!

Well, what do you know? A flight to Bombay and an exhausting drive to Pune later, I was there ringing the bell at Mrs. Dhar’s door last morning. For a near-nonagenarian, she looked great and seemed to be in even better spirits. Very active socially and physically, she is an example to me on what I should be when I grow up.

We caught up on a million things – our old school, her daughters, my daughters, our old teachers, some of my batch mates and what not.

Like you have heard me say before – I am not sure I have ever made something of myself. Or, for that matter, ever will. But whatever it is that I am, a big part of it is the cumulative effect of some incredible influences of elders, teachers and friends around me from my formative years. I hope Mrs. Dhar will accept my visit to see her as a sincere form of saying “Thank You” for that influence. 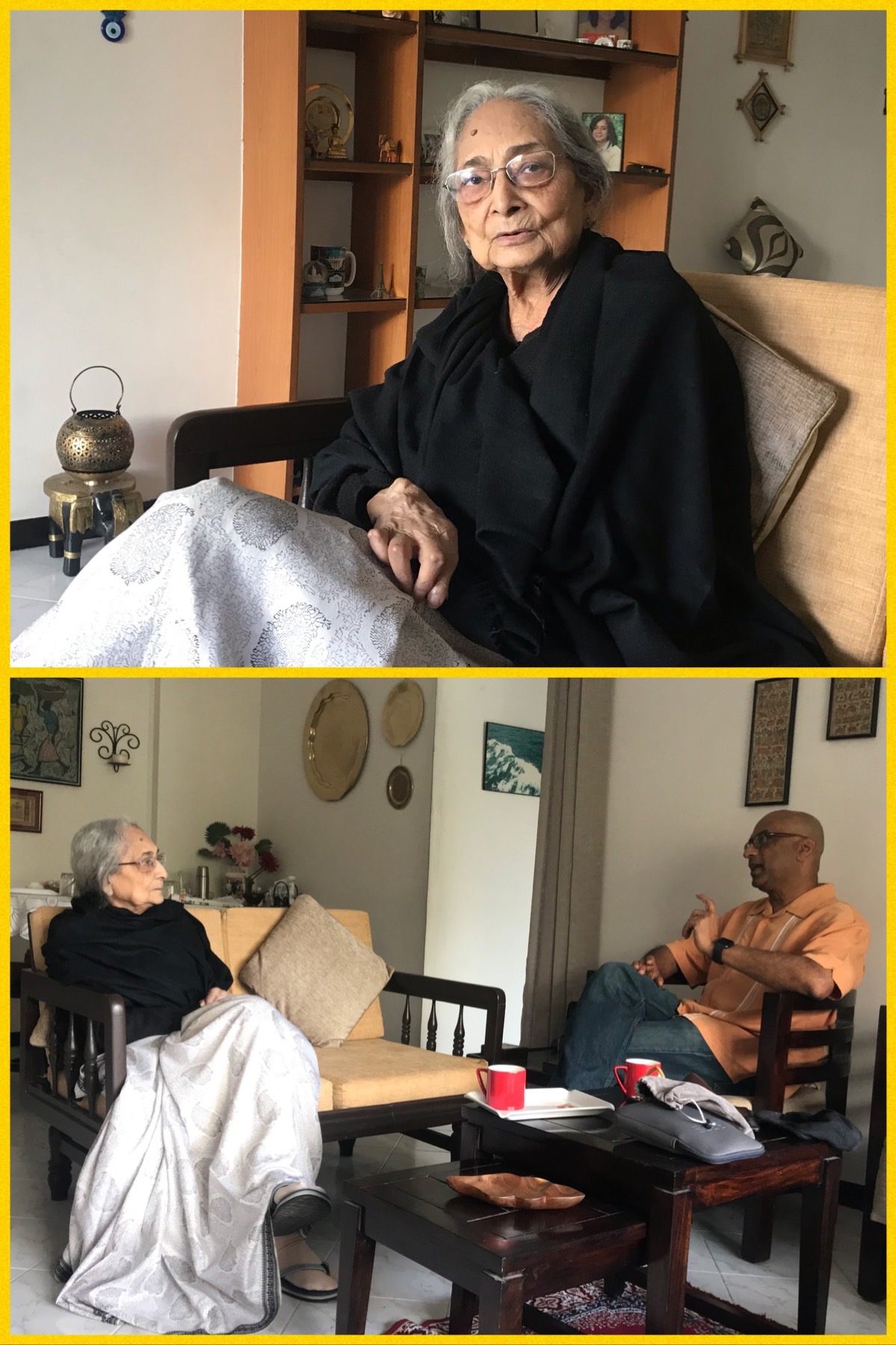