Seen on the road…

For the Bengali-wise challenged, that Bengali sentence on the top of the back of this pick up truck that could barely move with all the weight it was carrying is asking you not to be too jealous of the truck … the financing installments are still being paid for 🙂

The backside of all these vehicles are usually a smorgasbord of exhortations. This one for example, is leaving nothing to chances and has written messages in three different languages. There is one that is a mix up of two languages – “Horn Maro”. It would mean honk your horn. For some unknown reason, if you get behind any of these vehicles, they want you to raise a ruckus like it is a fourth down and inches situation and the opposing team has decided to go for it!!!

It also wants you to stop. Perhaps it does not like all that ruckus after all.

And that line in Bengali? For a vehicle that is clearly on the wrong side of the road, that sentence is reminding you to obey the rules of the road!

If that was not confusing enough for you, they have put a red traffic light and a green traffic light for you. This would not be Indian hospitality and humility at the end of the day, if they had not put that “namastey” in Hindi in between those two confusing lights!! 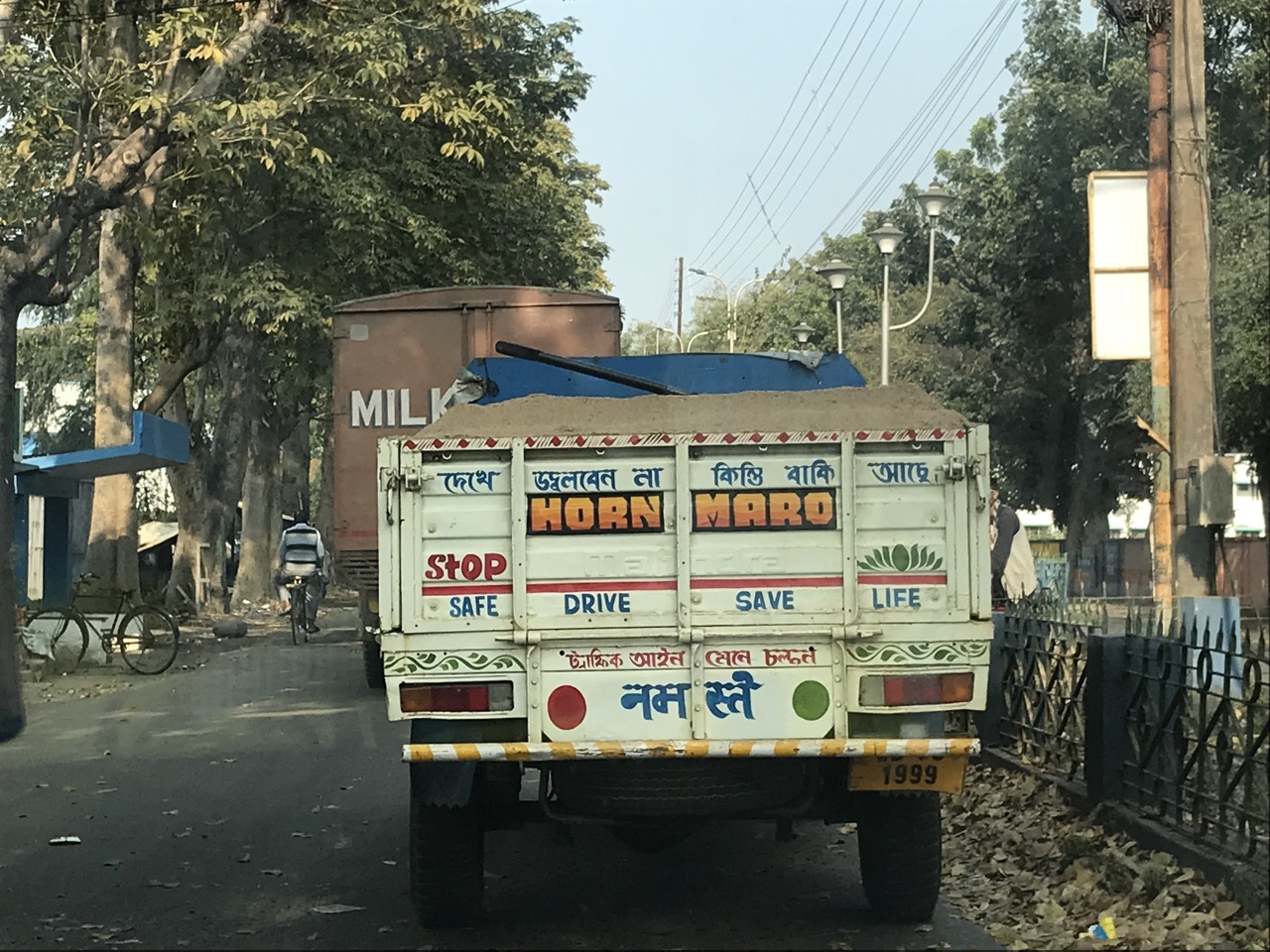