Thanks to Facebook and my insane habit of posting, I found out from Maitreyi this morning that she was in Durgapur today too. My first reaction was – “Maitreyi?” Meaning “Rini?” Of the “Cholo Rini, Cholbe?” fame?

I HAD TO SEE HER.

The story goes back to my previous post. This was when I was to hang out at Sharmila’s place all the time. Mr. and Mrs. Sur was their next door neighbor. They had two kids. One very docile and goody-goody boy called Kunal – probably about five years old. And a firecracker of a girl – around three years old. And that would be our aforementioned Rini.

Rini, as was her wont often, would find herself into Sharmila’s house and just park herself there and talk up a storm with any and everybody who would give her attention. One of those days, I guess, she had stayed on for too long. Mrs. Sur sent Kunal to retrieve her sister.

Kunal, if not anything else, was surely mortally afraid of her younger sister. Asking him to tell her to do something against her wishes was like sending him to the gallows. I still remember that day – Kunal gingerly walking up to the front room of Sharmila’s house and almost bleating out to his sister – “Cholo Rini, cholbey?”. Roughly translated, he was fishing for her overall take on the concept of going back home when it was too late. No points for guessing but Rini pretty much told him exactly what she thought of the concept of telling her to go home when she was not ready.

The rest of the day has always been a blur to me. Till date, I cannot stop laughing remembering that event. For ever that brother and sister was tagged with that “Cholo Rini, Cholbey?” identity in my mind.

You can see their picture in the inset. Rini was literally as old as her son is – who I had the fortune of meeting and befriending today. I think he figured that I matched his IQ and warmed up to me quickly.

Mrs. Krishna Sur has been the original inspiration for Sharmila to venture out of her educational profession (architecture) and pursue her love for paintings. Being an unparalleled artistic person herself and one of the most successful entrepreneurs Durgapur has produced till date, she has been a great influence on Sharmila during her formative years and later.

It was absolute the icing on my Durgapur visit cake to see the Sur family. Thank you Maitreyi for reaching out this morning. Memories of a lifetime gathered today. 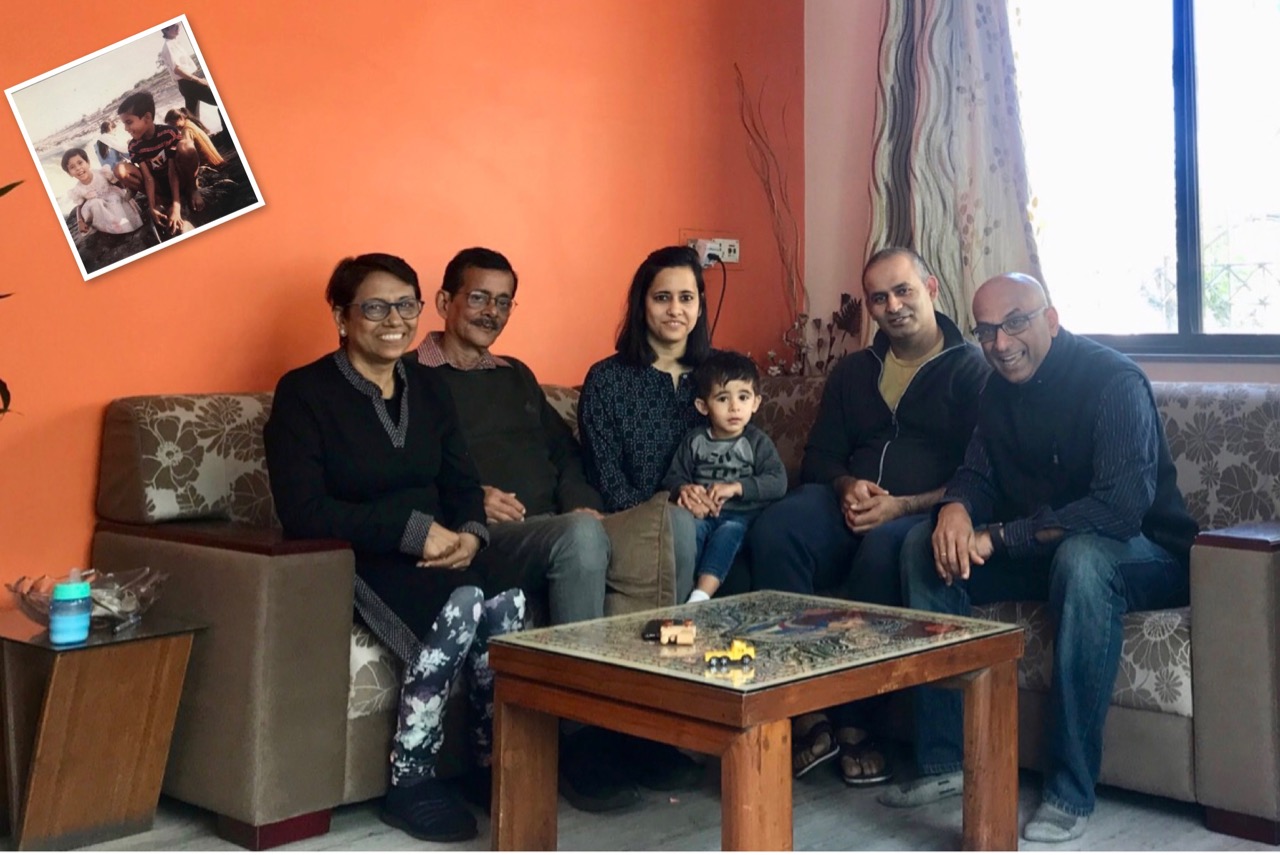