One more neighborhood friend tracked down

I had finally managed to track down Smitan – or “Buri”, as we used to call her – a few months back. She is one of the last neighborhood kids that I have managed to find. I spent about three years in that neighborhood and had friends in ten of the twelve houses. I am down to one last house after this.

The last time I saw Buri was when my sister got married – that is a good two and a half decades back! I had received a few updates here and there in between. I had heard about Buri getting married and then about her dad (“Dutta Kaku”, as we call called him) passing away suddenly. But never had managed to talk to her till a couple of months back.

Surprised her last evening by walking into their house unannounced!! We continued with the reminiscing of those days right where I had left them with Bhoju and Paku a couple of days back! Got a chance to meet her husband and daughter too!

I am sure her daughter thinks I am a cool uncle because I told her everything that no other grown ups tell her – like studying to do well in tests is not really that important in life and that she should pursue what she wants to pursue (which is English, by the way) and so on…

I am not terribly sure Buri is going to open the door next time, at this rate 🙂 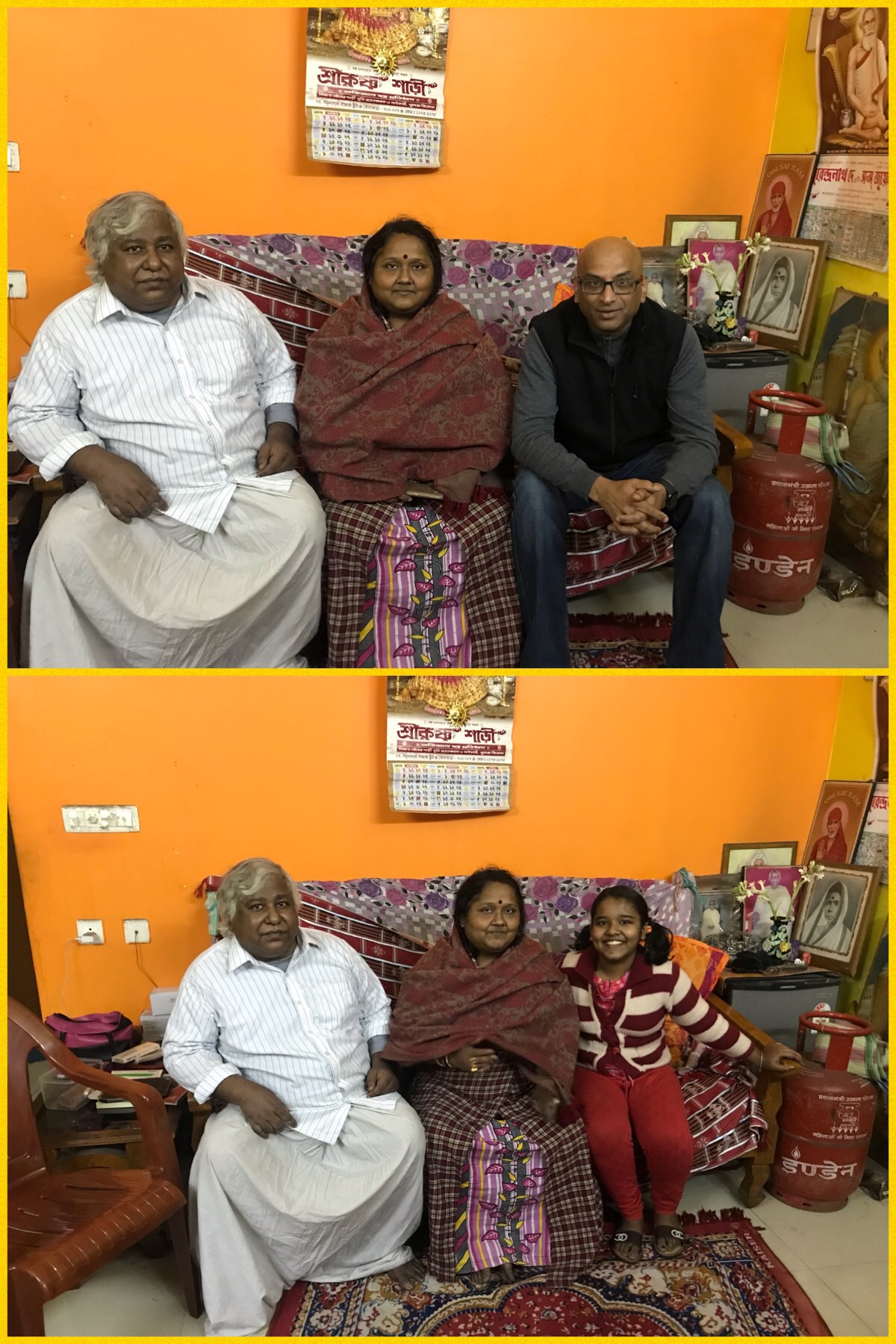