First stop in Durgapur – my mother in law

During my trips to India to check on my parents, a must-do is to swing by Durgapur (about three hours of drive from my parents’ place) for a day. Usually, my father in law would enquire about the folks he met when he visited us in the USA and about the various things he saw in our house. (The pool was his favorite). My mother in law and I would, in general, keep arguing about why I was not eating all sorts of food she would have had prepared and sticking to my routine of a cup of tea.

This was the first time I was visiting her after my father in law passed away a few months back. It was a wee bit strange to me to enter the house knowing that he is not there. I was also not sure where my mother in law’s mental state was.

Last month when Sharmila came to check on her, one of her relatives had mentioned about the blogpost I had written about my father in law. My mother in law consumes her digital devices only in a minimum 31 inch screen size (her constant companion – the TV) but when it comes to a phone or Facebook, she is totally a reluctant neophyte. She had asked if somebody could read out the blog to her some time.

This time before I left home, I had collected about twenty of my blogs with my father in law’s pictures in them and printed them out for her.

As you can see from the picture here, she pored over the articles and read them slowly and painstakingly. The article she is reading here IS the one that the relative had mentioned. The story was about me meeting my father in law’s American manager (Charlie from TVA) when he had just entered job life.

My mother in law would read one line at a time and then lament that my father in law would have been so happy to hear that I had met Charlie or she would ask me all sorts of questions about Charlie (how old is he? is he tall?). I did not let her on to anything.

That slow reading and continuous interruptions continued for a good half an hour. Then it stopped as she started reading up the end of it. Finally, she finished it and looked at me. She realized it was just a dream.

You could see she was choking up too much fighting her tears to say anything.

I sat there quietly.

Five minutes or so later, she got up and quietly said “Lekhata khub bhalo hoyechhe”. (She liked the writeup) 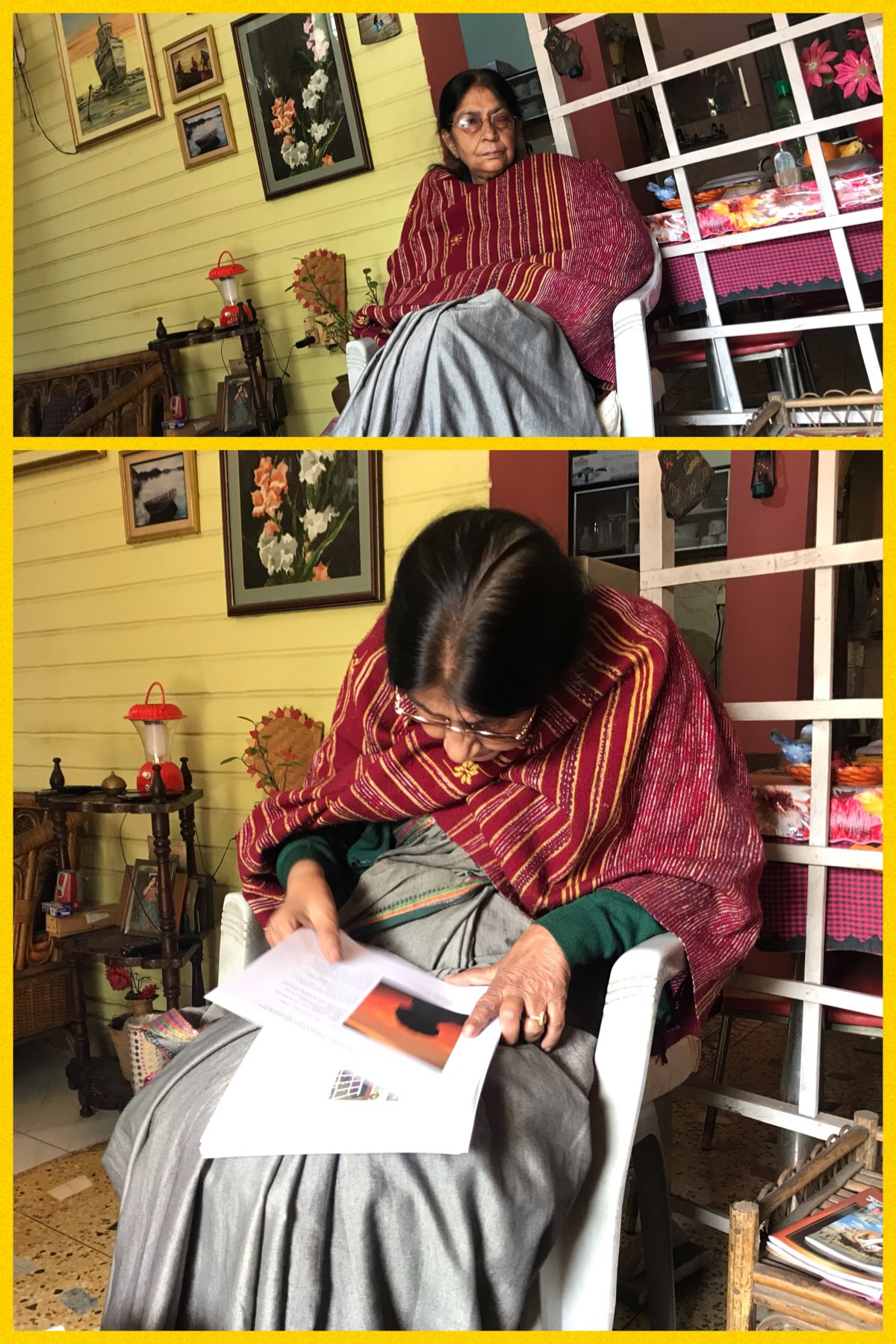