Finally got some one on one time with him!!

Every family has one of these guys. The ultimate go-to guy. For us, it is my maternal uncle (mother’s only brother). Long time back, my father had helped him get a job in the same company he used to work in and had moved him to Durgapur.

Ever since, he is a permanent feature in our lives. Always the person we turned to when we needed help. I needed to be rushed to the hospital after being felled by typhoid? He was the one who took me. While his wife was having a baby at the same time in the same hospital!

Rushing my dad to Kolkata by train when we almost lost him to sodium deficiency? Again, my uncle was the guy! A total rock solid stand up kind of person. Our family – I suspect like many others – are filled with emotional decision makers with a particular penchant for the drama. Not this guy. It used be fun growing up watching him articulate very logically constructed, see-from-both-sides arguments to any decision making that was at hand.

It has never been the case that I was in Durgapur and I did not visit him. However, over the years, most of the time was spent catching up with my cousins (his three kids) and then when the nephews and nieces started happening, playing with them. Last ten years or so, I have spent most all of my visit time with his youngest grandkid – who is one ball of energy.

Yesterday was different. Nobody was home. My cousin and his family was out for the day. I spotted my uncle walking down the street as I entered. I asked my driver to drop me there and started walking along with my uncle.

We came back home and chatted for another hour. It was the first time after a long long time, I got one on one time with him. It was a great throwback to those years about four decades back. Those logically constructed arguments, that ability to see everything from both sides of a position – everything is still there! Best part was catching up on our common memories of my grandfather and grandmother.

I hope to get many more opportunities in the future… 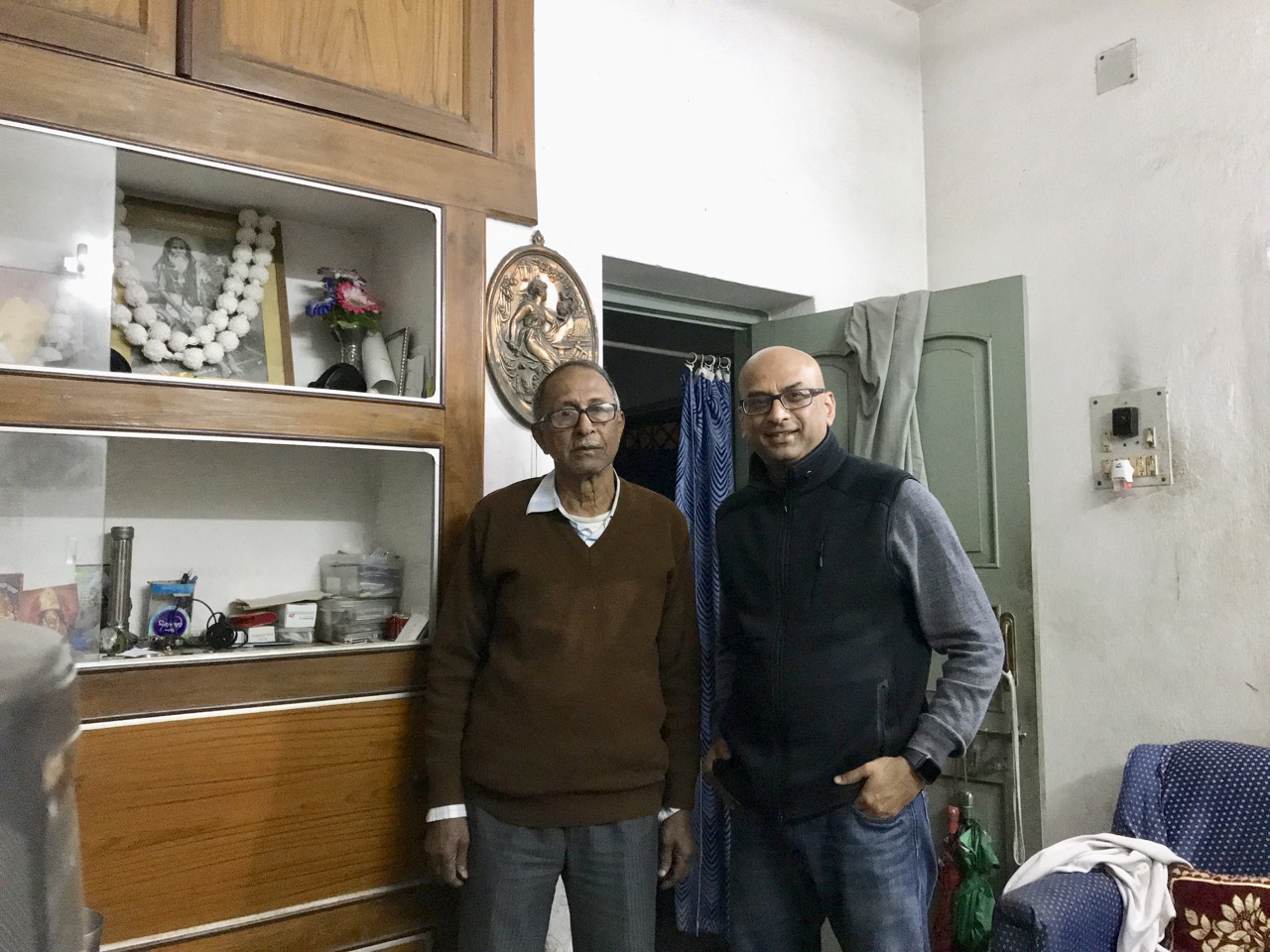