It was December, 1979. We had just moved to a new neighborhood. I was yet to be a teenager. One of the first kids who came to introduce themselves were these two brothers – barely 5 and 3 years old then. Found out their names were pretty long – so they went by Bhoju and Paku. Also found out that their mom was a schoolteacher like mine – although very different schools.

For the next few years, before I left home at the age of 16, Paku and Bhoju were part of our neighborhood games like soccer and cricket every evening. And during holidays and vacation, we would gather to play in the morning too.

The thing I remember most about Bhoju (the younger one) is how pleasant and uncomplaining he used to be even in those days. There were positions in the teams that were unpopular – goalkeeper for soccer or the one near the boundary line for cricket – since they were not too close to the action. It was difficult to convince anybody to man those positions. Except Bhoju. He was always willing to go stand wherever he was asked to. Never said No. More importantly, he would put in his heart and soul into the game from there!!

I had lost touch with both the brothers over time. And then thru a common friend – Antara – who had moved into the same house after we left that neighborhood too – had helped me get hold of Bhoju.

If you go to my blog – www.rajibroy.com and go to the posts of Nov 6, 2013, you will read about how I had finally cornered Bhoju in a cafeteria of a bank building in London where he was doing some projects and I had stopped by in London for half a day.

From then on, I have kept up with the brothers – certainly with those birthday phone calls. Also got to know about their wives and kids thru Facebook.

Finally, yesterday – lot of thanks to Tathapi (Bhoju’s wife) – I was able to meet the whole Chakraborty family in one place. Both the brothers and their families were there. So was Swapna masi and Chakraborty kaku!!!

As you can imagine – it was a great evening remembering those good old childhood days. We talked about the “masi” (lady) who worked as a help in their house (my neighborhood peeps who are reading this might remember her famous words after she got exasperated with the two brothers – especially Paku – “Bagaaitey pari nai, jhikimiki legey jaay” ). We talked about those neighborhood games… those “pochisey boishak” skits we used to put up and those hilarious non-acting we used to do!

The hours just went by. Eventually, it was time for me to take leave.

It was great to see everybody in the Chakraborty family. But the most heartening was to see that both Kaku and Masi are keeping up with their good health!! 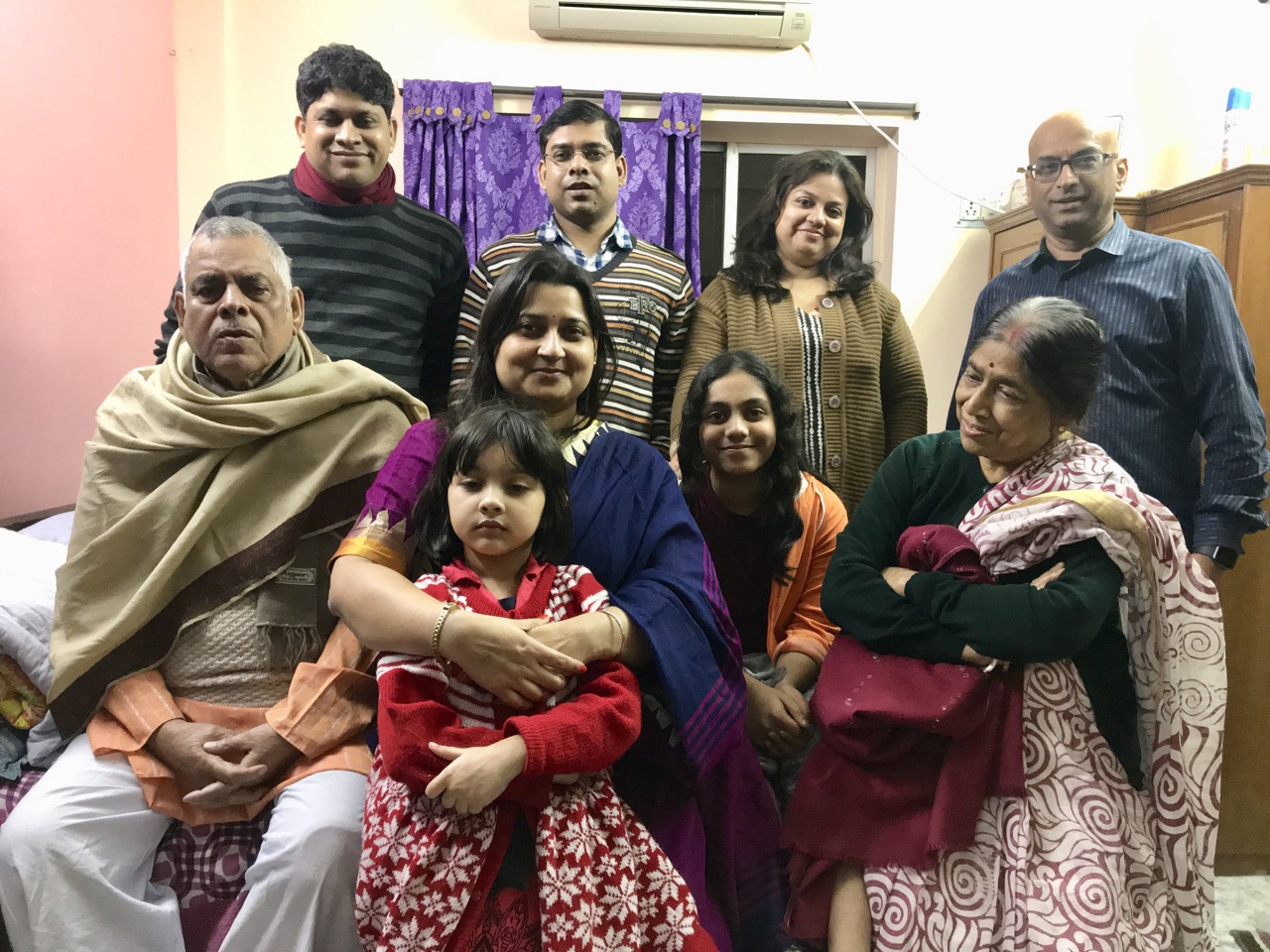