Having said adieu to my parents this morning, I entered Kolkata an hour later. First stop was to visit Mrs. Mukherjee. You might remember this nonagenarian lady who had struck me as an incredibly independent minded, strong willed person in the past. One of my trips in the past to check on her, she was filling up Form 15-H (some Indian bank related stuff) by herself and refused to take help. She had a walker but never bothered using it.

“Bent, may be. But never broken”, is how I had described her.

Recently though, she had been felled by more physical complications and a terrible sodium deficiency issue that threatened to defy my description of her. She was starting to lose her will and independence.

As an aside, I am a little familiar with the sodium deficiency thing. We almost lost my dad to it in March 2005. As a personal observation (and this is my personal opinion only), most people in India are taking way too much medicines. Suffering, it would appear has taken the foreground to Pain. The willingness to prescribe medicines as well as the patients’ willingness to believe that chemicals solve all sufferings has reached a crescendo. (Again, this is entirely my personal observation).

The one downside of taking in all sorts of medications is that those medicines – being chemicals – often react with each other. In US, we are used to doctors being a lot more strict about knowing what all medications we take beforehand to try to avoid precisely this kind of reactions. Precipitous sodium deficiency is almost always a reaction of medicines a person is taking. (you can trace this back to new medicines – sometimes same medicines but different companies).

The good news is that this is treatable if action is taken promptly. And I saw this morning precisely that good news emerging. Mrs. Mukherjee is fighting back. She can hold up her energy till about mid morning. She gets bed ridden after that. And also loses her mental strength. I was afraid that I would just see her sleeping in the bed and after spending half an hour sitting next to her, I would leave.

I was not expecting to see her at the door in her wheel chair and when I asked her if she recognized me, she would say that she did not remember my name but I was Tabun’s (Amitesh’s) friend.

Had some precious moments with her.

I also want to give a shout to her son and her daughter in law. Having seen – up, close and personal what primary care giving is all about (both at the hospices and at home with my father), I have to doff my hat to Animesh-da and Smriti-boudi for the incredible effort. This being a lady patient, I have to believe Smriti-boudi is taking care of a lot of the details that we probably cannot even imagine. May the tribes of women like them – Smriti-boudi, Nilza, Ariel, Lillian – increase!!

Always impressed by every Mukherjee family member – in Kolkata and in Atlanta. 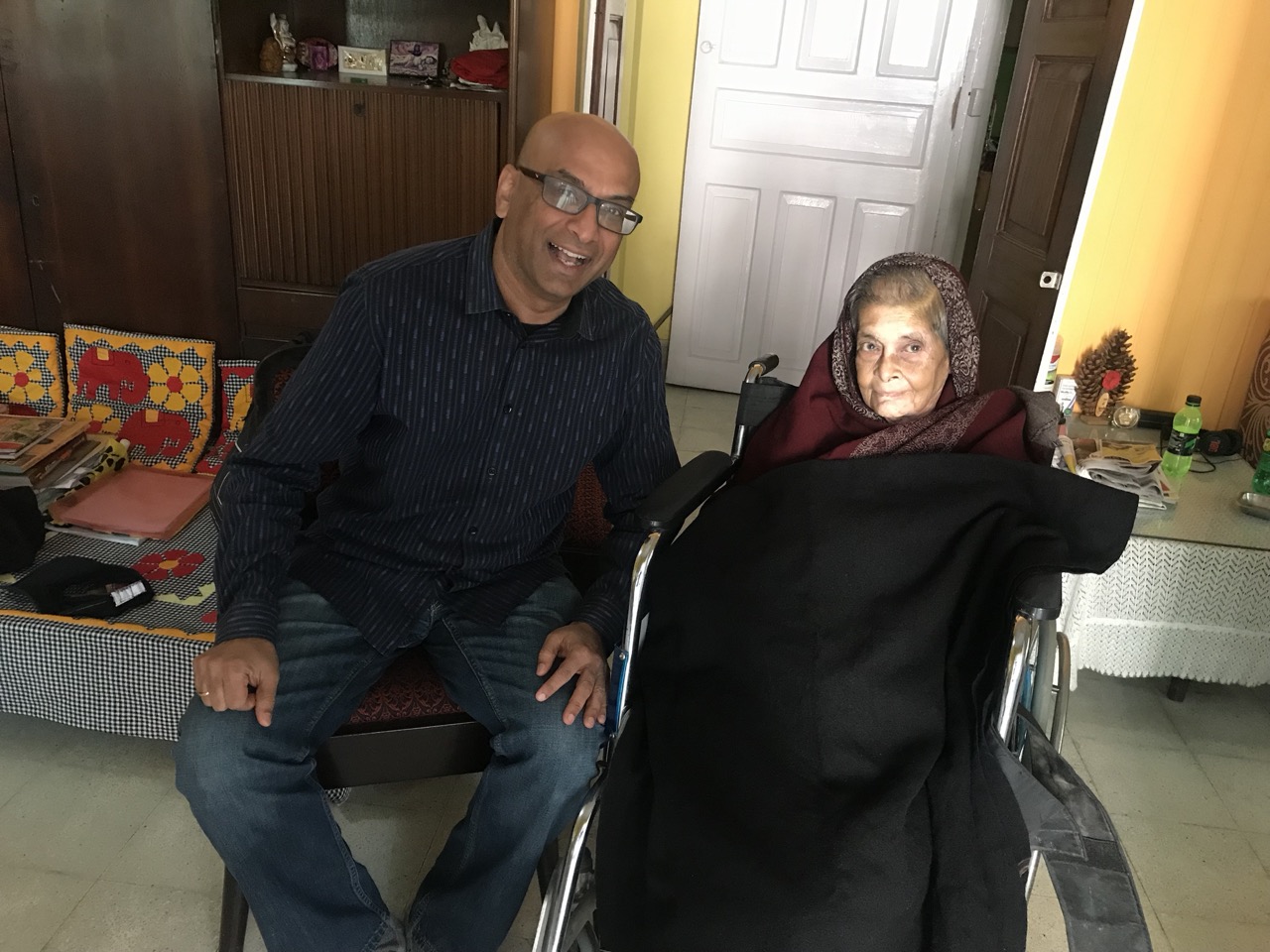