That was one hilarious evening. With the cold weather outside, I was huddled with my parents inside the house. I was, in fact, showing them the pictures I had been taking the whole day on my phone. My dad has shown great interest in all the pictures the phone is able to take. Suddenly, I had this brainwave of messing up their brains by showing off Siri to them.

That is when the fun and chaos ensued!

I challenged my father to name some uncommon countries. Siri named the capitals with ease. Dad was super impressed. He had two immediate questions –

“Koto daam etaar?” (How much does it cost? – yes, he is still the one wanting to make sure he is getting value for his money).
His second question was “Exam hall-e niye jetey debey?” (He was curious if kids can take the phone to the test centers).

Then I turned to my mom.
“Ask Siri a question”, I said.
Before she could come up with one, my dad interjected “Abaar manusher golaa-y uttor daiy” (He was letting my mom know that a human voice will answer her questions)

Not sure what was going on in my mom’s head, but the first thing she asked Siri was “How long will I live?”. I stopped Siri immediately and told my mom that she had to ask questions that are knowable. Nobody knows how long anybody will live.

He next attempt was “Rima ki korchhe ekhon?” (She asked Siri what my niece was doing at that moment”.

“26”, said Siri – much to the surprise and distrust of my mom.
“Bhool bollo. hnaatir to duto dnaat”. My mom is under the impression that elephants have only two teeth.
“I think you are thinking of the tusks. Elephants have many more teeth in the mouth. How else can they chew those branches and leaves?”, I pointed out.

“Siri, what is my mother’s name?”, I asked
“Manju Rani Roy”, she said. Now, my mom was really pleased. As a background, my mom was born Manju Roy. After her marriage, my dad added that middle name of “Rani”. While she went by Manju Roy, most of her official documents carry her middle name.
“Hey! She got the “Rani” part too”, she exclaimed. (Of course, Siri just picked it up from my contact book – but my mom was never the wiser for it).

My dad suddenly piped up – “Gul maarchhey kina ki kore jaanbi?”. He asked how would we know if Siri was just making all this stuff up? I was going to say – Oh! We can cross check with Alexa but I thought the better of it.

My mom was beyond belief at the power of Siri. She told dad – “Dyakh – sob kichhu jane” (Look, she knows everything).

My dad disagreed with that. “Sob kichhu jaaney na”.
He continued to argue…

His point was if Siri knew everything, the police would have nothing to do. They would just sit in a chair with their feet up on their desk and ask Siri “Whodunit?” And consequently nail all the culprits without much of a fuss.

I had a hearty laughter!!

My mom’s final curiosity was if Siri could translate English to Bengali. Apparently, then she could talk to Natasha and Nikita fluently. Unfortunately, Siri could not.

My dad felt I should make something like Siri in Bengali (”erokom eta tui baaniye fyal. Dekhi himmot koto tor”)
I am on to it. I even have the name ready – “Bis-Siri” 🙂 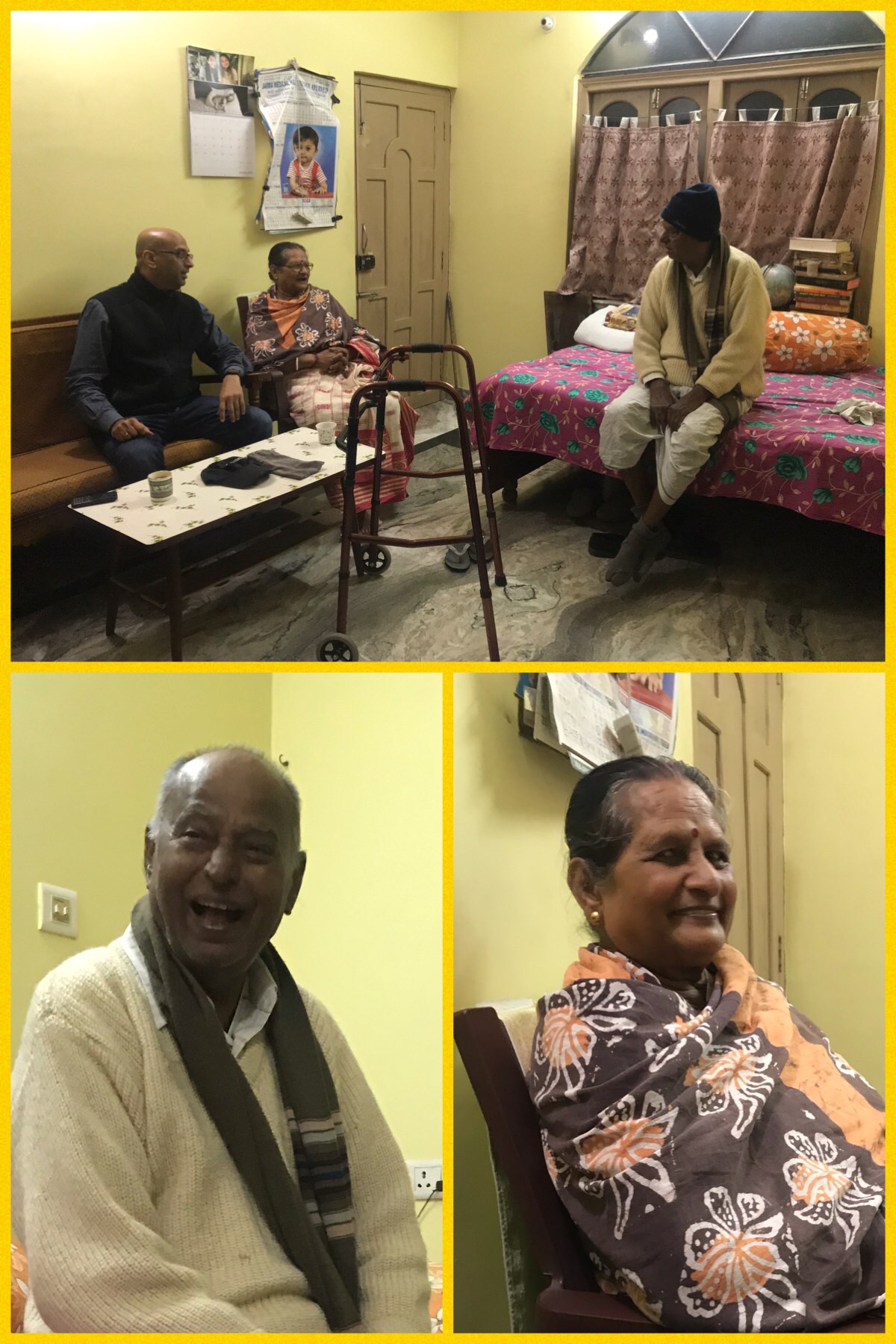