The two Delta flights took off almost at the same time. DL421 was pulling out of its gate in Accra airport and slightly delayed DL2017 was already screaming down Runway 8R-26L in Atlanta airport. Two Roy family members were headed towards the same destination – JFK New York. Except Natasha had no idea.

I had been waiting for this day for five long months. I had been waiting for her to come back from Ghana safely. For a person who has only stereotypical knowledge of Africa, it was a hard thing to get used to when she declared that she would spend a semester in Ghana, Africa. However, there was a part that knew that she had to do what she needed to do and experience the real world out there all by herself.

The distance and lack of knowledge brought in a sense of helplessness too. This is not like New York that if she fell ill, we could jump on to a plane and be beside her. Just to get a visa to West African countries is a five week process that starts with yellow fever vaccination.

Still, we had thought that either Sharmila or I will visit her once during the semester. Well, unfortunately, days after Natasha left, we lost our father in law. Sharmila had to make two trips to India. And that put paid to any chance of going to visit Natasha.

There were no direct phone calls for five months. Internet was very spotty for her. Those frequently-interrupted voip calls were our only way of hearing her voice. The text messaging was the life line.

Thru the pictures she had sent us, we got to know a lot about Ghana. Their people, their food, their lifestyle, their value system and so much more. But the best part of everything – and the one I feel very proud about – is that Natasha, outside of her studies devoted a lot of her hours helping out orphans and developmentally challenged kids in Accra. In fact, she got herself associated with a school there and spent 2-3 days every week. Getting to see the pictures of the kids around her was incredibly satisfying.

Courses and subject knowledge can be taught over time. Compassion and empathy are difficult to teach.

So, here I am – sitting at a hotel bar next to the JFK airport. A few hours of sleep later, I will have to show up at the airport at 5 AM and see what her face looks like when she sees me!!

If everything goes smoothly and she can stay awake, I have a lot of questions for her about Ghana. On second thoughts, I think I will ask her to sleep in the plane after a 12-hour overnight flight already. I just want to sit next to her for some time after all these months. 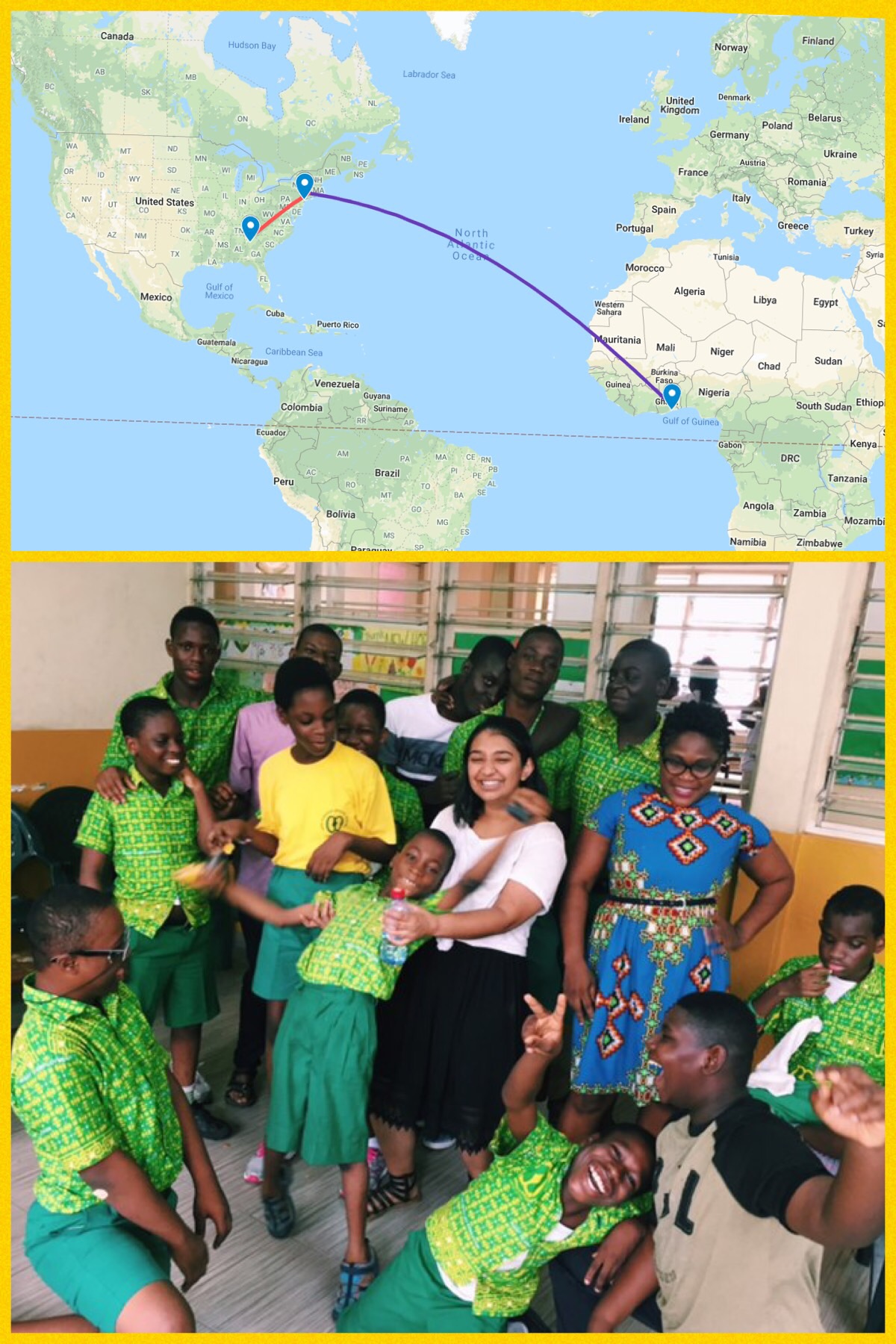 Posted December 15, 2018 by Rajib Roy in category "My Family