It was almost 8 PM by the time I sank into the empty chair in Delta’s Skyclub in Chicago, suitably tired after a whole day’s worth of meetings. My flight kept getting delayed and it was getting increasingly clear that I was not going to reach home before 2 am in the morning. Not having anything better to do, I shut off the laptop, tucked in my papers and pen and grabbed a glass of wine.

Turning towards the elderly gentleman sitting next to me, I asked: “You are headed to Atlanta too?”
He: “Yes, sir! You too, I presume?”
Me: “Indeed. It is going to be fun trying to get back home tonite”
He: “Atlanta is home for you?”
Me: “Yes. You too, I presume?”
He: “Not really. I have to get to Nashville from Atlanta. I am going to miss my flight. Probably will get a flight early in the morning”
Me: “Do you know the Atlanta area? Do you need help with hotels?”
He: “Thank you. My granddaughter has already booked me at a hotel next to the airport”.
Me: “Great! I am Rajib, by the way”.
He: “Charles. That name – you are from India, are you not?
Me: “Indeed! Have you ever visited India?”
He: “Visited? I used to work there.”

That was surprising. I have met elderly Americans who were in India during the world war but not too many who actually worked there.

Me: “You worked there? What were you doing?”
He: “I was in construction that time. We were doing projects for power stations”
Me: “Which parts of India?”
He: “Around the borders of West Bengal and Bihar. I do not remember the exact names but this was all around coal mines there”

That was exciting. I am from that area.

Me: “Asansol. Purulia. Raniganj. Chotta Nagpur. Do any of those names mean anything to you?”
He struggled to remember – “I think they are familiar. Something is coming back to me. We were about four hours of train journey from Calcutta. Calcutta had some great British clubs.”

By this time, I was excited enough to blurt out quickly – “Believe it or not, I am actually from the area where you used to work. A place called Durgapur – which is only a few miles from those places you remember”.

He seemed more surprised than me.

“Wait a minute. This was in the 50s. right?”, I asked.
“Yes. Sound about right”
“Were you with Tennessee Valley Authority?”
“That is the only company I have ever worked for. How do you know about that?”

“You are just not going to believe what I am going to tell you now. I actually know you. Or rather, I have heard about you.”
“Really? From who?”
“Do you remember a Rakhahari Ghosh when you worked in India?”
He drew a complete blank.

“You called him RG, I believe. Apparently, you had handpicked him and given him a double promotion”.
“Something seems to come back to me. A thin, short boy, if I remember correctly. He was very hard working. Most hard working of the lot”
“Yeah, that would be a good description.”

He seemed to be somewhat lost in thoughts..

“He left me, I think, after some time”
“Yes, against your wishes, he left the job”
“I think he wanted to join a government job”.
“Yes, again! He took a job with the Indian Railways”.

“So, how do you know him?”
“Rather well. I married his daughter. He is my father-in-law. And he will be thrilled to bits to hear your voice. Do you mind if I call him up right now?”
“Sure. I will be impressed if he remembers me still.”
“He does,” I assured him as I speed-dialed my father-in-law.

Just as he picked up the phone on the other side, the PA system came alive in the Skyclub drowning his voice.

Strangely, instead of the lady coming over the PA system with yet another announcement of delay, it was the sound of a dog growling loudly.

I woke up from my bed, startled.

Sitting up, on the verge of breaking into a sweat, I realized that I was dreaming all this time. I came in very late (actually very early this morning) and had gone off to bed immediately. Even the dog was too asleep to realize it. Now he had figured it out and was on my bed wanting attention.

Half sleepily, as I gave him a belly rub, my thoughts went back to that day in 2014, when my father in law and I were sitting around the kitchen and over a cup of coffee, he told me the story of his first job and how he had always regretted later going for a government job per his parents’ wishes. He wished he had stayed back with Charlie.

Somewhere, in the back of my mind that day, I had made a note… What if I found out Charlie some day? What if I ran into him? How cool would it be to put him and my father-in-law together again? That would just be an incredible chapter in my life.

The chapter in my life, unfortunately will remain incomplete forever.

We lost my father-in-law a few weeks back.

Instead of closing out the chapter, I choose to put a “…to be continued” in the end. 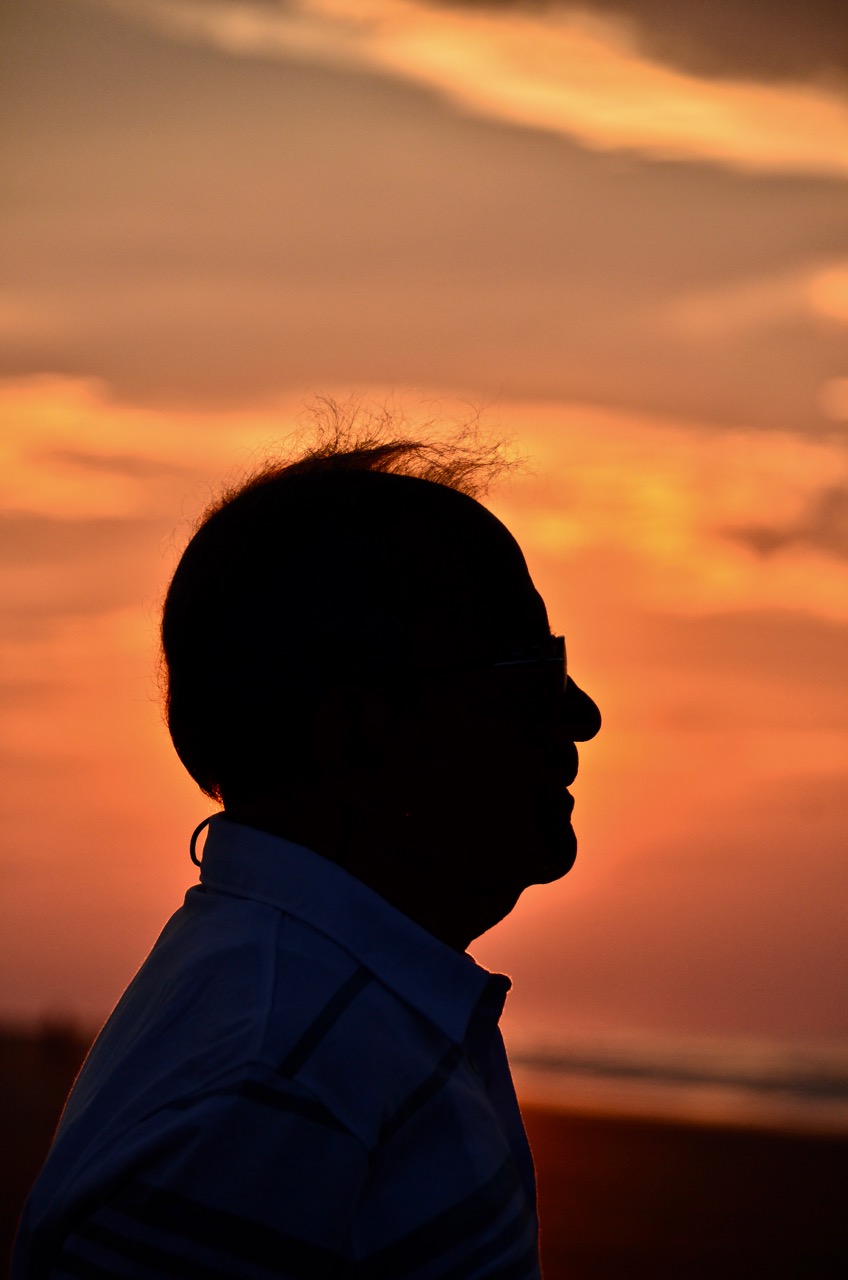 Posted September 6, 2018 by Rajib Roy in category "Family in India