Question for all train experts

In Bryson City, while they were rearranging the coaches for the train, I noticed something. Growing up in India, every coach of a train used to have two huge buffers on either end. Looked like two big cylinders with two large plates in front (of course, with some humongous springs inside). I remember watching as they would attach one coach to the other how the train driver would back the train at very slow speed to the coach to be attached. The buffers from either side would eventually make contact with a large noise, the springs would give in and then eventually recoil.

I noticed that the coaches in the train in Bryson City had no buffers. In fact, as the driver backed in slowly, the trap mechanism eased into the vault that looked like a rack and pinion joint and almost seemed to autolock. There was no recoil whatsoever. More interestingly, when the driver pulled forward, there was no “give”. You know – like the first compartment would move a second earlier than the second one (till the springs got elongated enough to make it a taut connection) etc etc. Here the whole train moved simultaneously when it started as if it was one solid body.

I assume these connection technologies have changed over the years? In India, do we still have the “buffers?”. Were they ever in use in US?

Are there any train experts in this group? 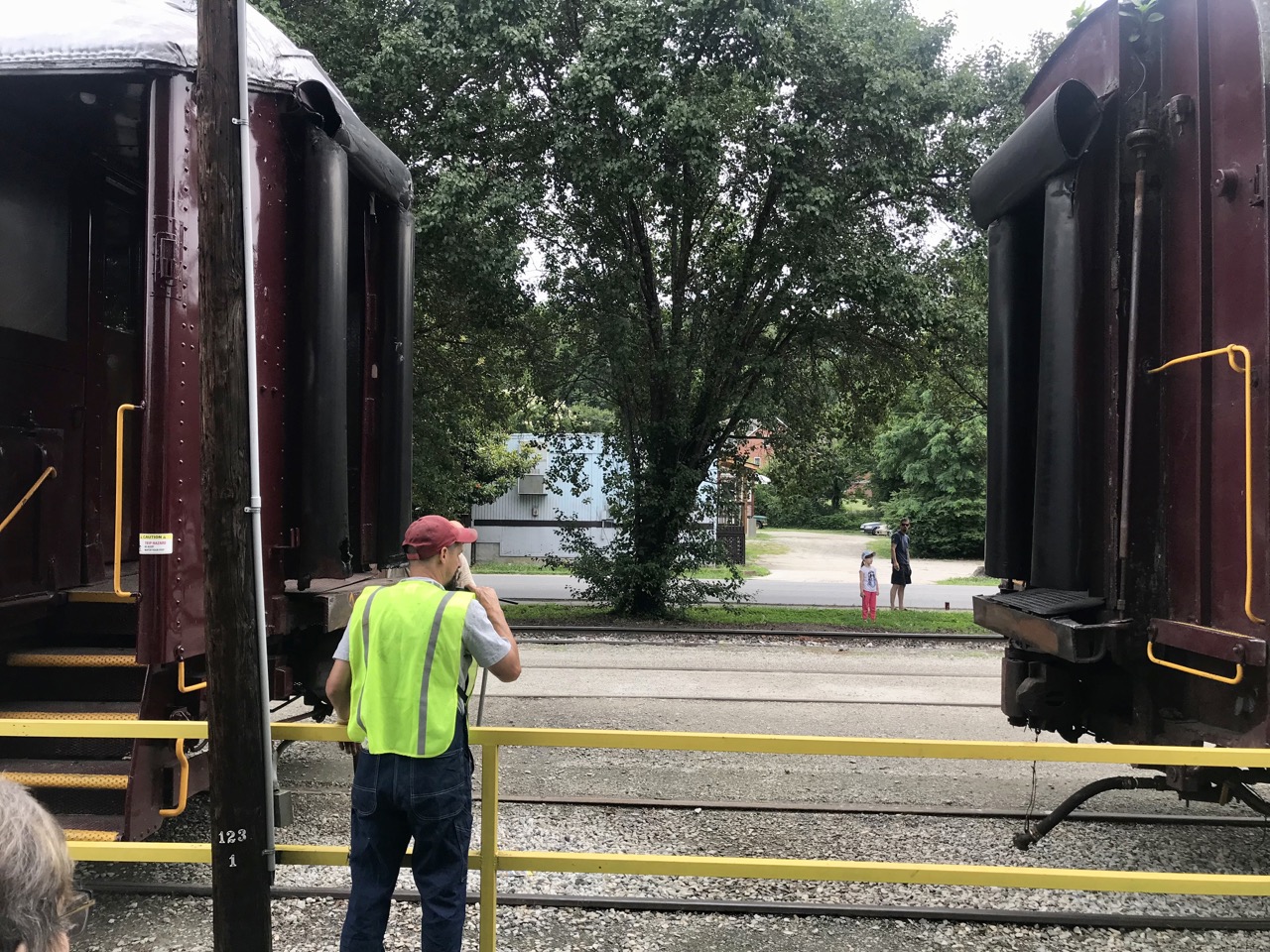