“What if this roof falls on your head?”

Circa 1985.
Mr. Dubey’s house.
I was sitting across him in his living area explaining to him some worries I was having. Mr. Dubey was a gentleman who I trusted instinctively – be it career oriented questions or personal questions. The big choice I was facing that time was which college to pick and what engineering to focus on. I think I was pretty sure I would do computer science. Not that I had any idea what computer science was (unlike today’s kids who, I find make far more educated choices), but since the topper from my school the previous year had gone to do computer science, I figured that is what I was supposed to do too.

The question was whether to go the college that I was likely to get – but very far from home (it would take a 36 hour train ride to get there with one train switching involved) or go to nearer colleges. I wanted to go to the further away college (somebody told me they were ranked higher) but I had a lot of worrisome questions. Remember, I was 18.

After listening to me patiently, finally Mr. Dubey pointed to the roof of his house and asked “What if this roof falls on your head?”.

And then proceeded to succinctly explain to me that what I did not know, I did not know. I needed to quit conjuring up possibilities and then worrying about them. His advise was to go with my gut and then work hard to make it the right decision. Nobody was going to run a control experiment to prove me wrong.

Well, I did land up in that college. I did not exactly work very hard but realizing that there is no control experiment, I have always claimed that to be the right decision 🙂

Seriously though, looking back, that was one of the best words of wisdom I had ever received. Candidly, I appreciated the words far more later in my life on multiple occasions than possibly on that day 33 years back.

That was the incident that I kept going back to in my mind as I drove up the steep hill in Hayward in California last week and pulled up in front of Ananya’s house. It was a quick trip in California for work. But there is always time for Mr. Dubey. There has to be. This time, I also got to see Dubey-kakima, Blake and Simi and the youngest addition to Dubey-Kelsoe family – Hanae!!! 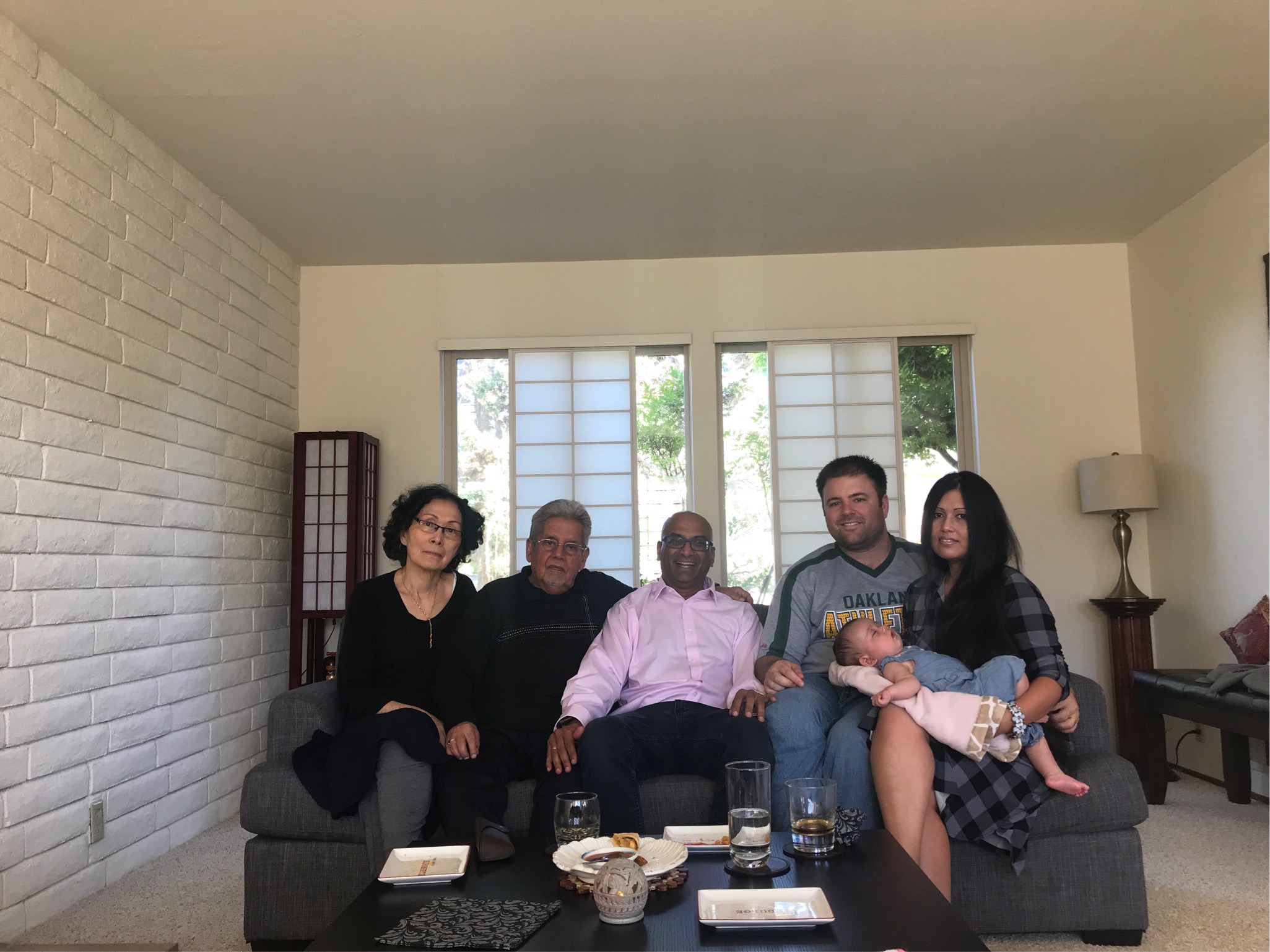