Do these things happen only to me?

The other Sunday, I was at Milton’s – Sharmila’s and my watering hole. I was by myself since Sharmila was traveling somewhere. Milton’s is less of a place for Sharmila and I to meet our friends or have romantic dinner – it is more of a weekend check on all the staff and their families who we have grown up with in the last 11 years. Many of the staff have changed over the years but we have remained steadfastly the regulars who show up on late Sunday evenings – often the only guests at the bar – and have a drink or two but mostly chat with the staff there.

Ashley was the regular Sunday person behind the bar. After settling down in my usual chair, I asked
“Ashley, how has the day been?”
“Pretty good. We had a relatively light day. By the way, my brother waited on you this morning.”

At that point, I had no idea what she was talking about. Who is her brother? And I did not go out for a lunch meeting. In fact, I was out with my bike.

“Your brother waited on me? He works at a restaurant too?”
“Yes”
“Umm… are you sure he knows me? I was actually out with a biker friend of mine this morning. Where did he see me?”

Finally, we put the picture together.

That morning, Avi and I had taken our bikes out for a lazy ride. In fact, we were riding around Lake Lanier. At some point of time, we stopped at Pelican Pete for some food. It is a fantastic place on the water with great views. I remembered having parked the bikes about a hundred yards away and then both of us sat by the water and had some greasy food.

“Wait, is his name Ryan? I remember chatting up this young gentleman who came and served us.” (no surprises there. I chat up anybody who waits on our table 🙂 )
“Yes!”

That is where it got even more interesting…

After coming back home, I had posted a picture of Pelican Pete on my blog (and Facebook). Ashley, who is a Facebook friend of mine (yep! no surprises there either; I make everybody my Facebook friend), saw the picture and had called up her brother – who happens to work at Pelican Pete – to ask if he had seen two Indian guys in their motorbikes that morning.

Ryan let her know that not only did he see us (I guess he had noticed the helmets we were carrying) but he was indeed the one who helped us at our table. And chatted with us for some time too!!

What is the chance that completely unbeknownst to me, I would have been chatting with a brother and a sister separately during lunch and dinner in two completely separate restaurants in separate cities – one on a motorbikebike trail and the other at my watering hole?

Something good did come out of my much derided practice of making friends with everybody in Facebook, posting too many pictures on Facebook and talking to too many strangers 🙂 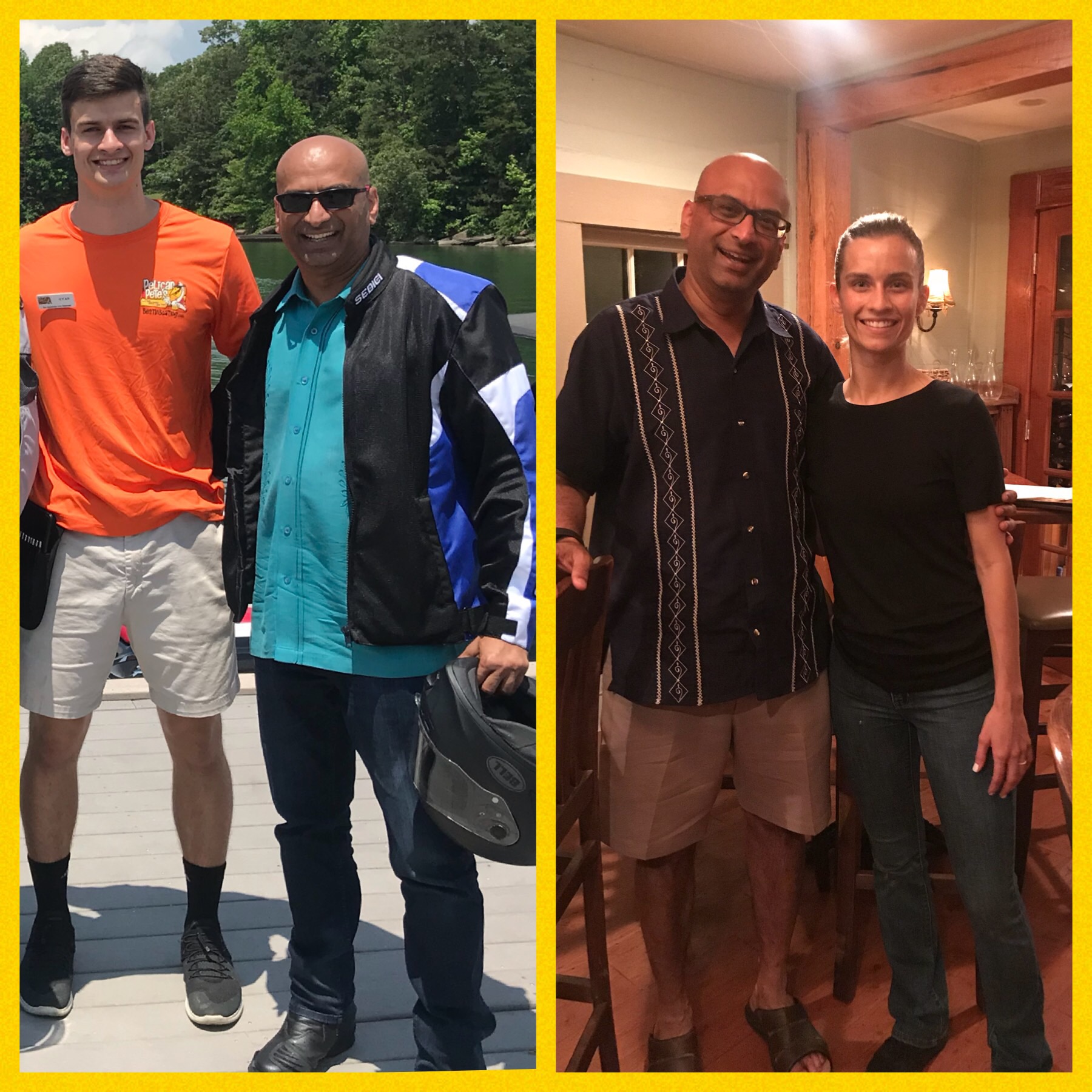